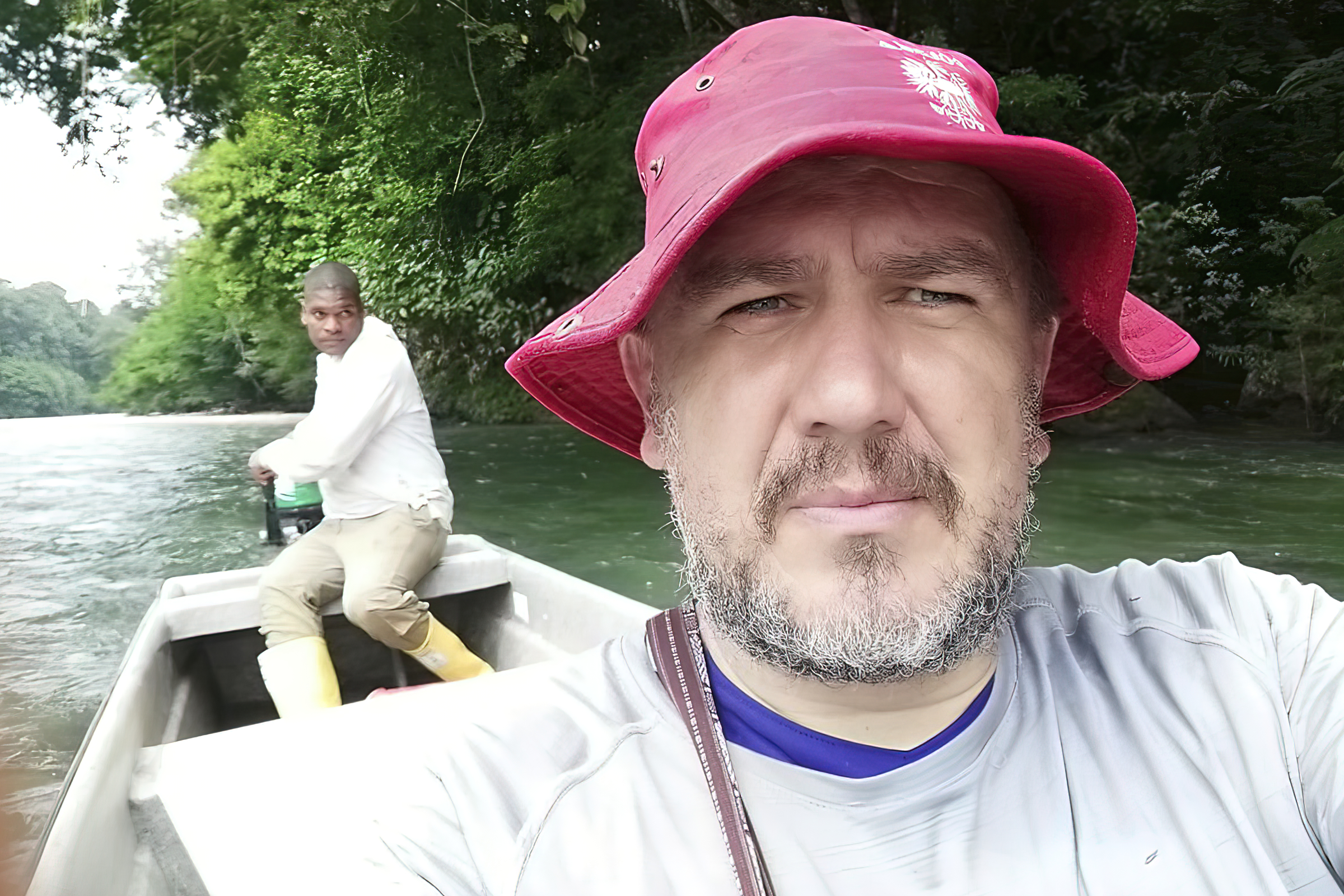 Pope Francis continually reminds us that by virtue of our baptism, all Catholics are called to be missionaries, sharing the Good News of salvation in Jesus by their actions and their words. This reminder rings as true today as in the time of St. Paul, when he traveled the known world telling people about Jesus Christ.

It should be no surprise, then, that the Diocese of La Crosse actively supports a vibrant missionary effort, formally and informally, through the Mission Office directed by Father Woodrow Pace. Perhaps you already know about Casa Hogar Juan Pablo II Orphanage in Lurin, Peru, and how the Mission Office supports local parishes as they foster relationships with worldwide missions. Another need discovered by the Mission Office was the work of Father Michal Radomski, SVD, a nephew of Father Sebastian Kolodziejczyk. Father Sebastian took over leadership of Casa Hogar following the retirement of the orphanage’s founder, Servant of God Father Joe Walijewski, in 2000. Father Sebastian is now pastor of Holy Family Parish in Arcadia and Sacred Heart Parish in Pine Creek.

Father Radomski’s connection to the Diocese of La Crosse began when his uncle made an appeal to the Mission Office for funds to buy a boat for his nephew. Father Radomski was serving the people in the jungles of Colombia, South America, and a boat is the main mode of transportation. The appeal was granted using funds the Mission Office received from a donation from the estate of Father Lyle Schulte, since it was a cause Father Lyle would have been happy to support.

Because of this connection to the people of the Diocese of La Crosse, Father Radomski wanted to share some reflections of his life as a missionary.

“I was born in 1979 in Myszkow, Poland. The city is located about 25 miles south of the Shrine of Our Lady of Częstochowa (The Black Madonna). It is important to mention, because I am sure that the Blessed Mother has played a big role in my life, especially regarding my vocation. My father dedicated his life first as an executive in the Myszkow Paper Mill, and later in his own private paper business. My mother spent nearly 40 years in health care as a nurse anesthetist. My younger brother, after years of studies in different countries, now works as a senior business marketing manager for Central and Eastern Europe. I hold my family dear, knowing that within my family I first learned about God and grew in Faith. My parents taught me the importance of the sacraments. They showed me, by their example, the importance of love of God and neighbor. I have two uncles who are priests. One is a Salesian and the other, Father Sebastian, after many years of missionary work in Peru, currently serves as the pastor of the Arcadia and Pine Creek communities in the Diocese of La Crosse. Both have shown me what it means to serve God and his people as a priest.

“We are born to share our love with others. Thank you for sharing yours and helping us to build the Kingdom of God here in the jungle of Colombia.”

“As far as my journey to the priesthood is concerned, things were not always very clear and simple. I remember being very impressed by Roland Joffe’s movie “The Mission” (1986). The film was about the Jesuit missions in Paraguay and the missionary work of the Jesuits with Guaraní Indians. By the way, about 90% of the film shooting was done in Colombia, where I currently work. The movie had a lasting impact on me and, ever since then, the idea of being Christ’s ambassador among indigenous people, somewhere in the jungle, has been on my mind. My friends asked me during our middle school graduation if I was thinking about joining the high school seminary and thereby pursuing the priesthood. At that point, I had not seriously considered the idea. I was formulating different plans for my future. Perhaps they saw something that I did not, which I would only come to perceive in time. As a young person, I was always involved in parish life, serving, for example, both as an altar server and as a lector. In the sacristy, I found some periodicals of the Comboni Missionaries, which I read on a regular basis. Through these periodicals, I became well acquainted with the reality of the missionary work of the Church. Although the idea of becoming a missionary myself was present within me, I was trying to dismiss or at least put it off for the time being.

“After graduating from high school, I went to college to study ecology and administration. It was not until I finished my studies that I finally decided to answer God’s call to the priesthood as a missionary. I joined the Divine Word Missionaries (SVD) in 2003. After my second year of theology, I did the overseas training program (OTP), which is part of the seminary formation with SVD. Since I was always interested in the Mayan and Aztec cultures, Mexico was my first choice. It turned out that God had different plans for me. I ended up going to Colombia. I was mesmerized by the country right away. As a seminarian, my priority was to learn Spanish and to get immersed into the Colombian culture. After spending some time studying Spanish in both Bogotá and Medellín, I was sent to Murindó, where I lived my first true missionary experience. I spent 10 months as a seminarian there becoming familiarized with the life and mentality of afro-Colombians, mestizos, and indigenous Embera Katío Indians. Even though I also had some pastoral experience in the city of Cali, I knew immediately that my heart was in the jungle and that I would return there once ordained. I went back to Poland to complete my studies in theology. My ordination to the priesthood took place on May 6, 2012. By the end of July, I was back in Colombia.

“I am currently a pastor in Murindó by the Atrato River in the Diocese of Quineó. Prior to this assignment, I spent several years in Vigía del Fuerte, a few miles up the river. Besides the main mission, I minister in 25 other small villages in the middle of the jungle. The only way to reach these places is by boat. The Mission Office of the Diocese of La Crosse sponsored the purchase of the boat I currently use, in addition to another boat I used a few years back, when I was still the pastor of Vigía del Fuerte. The money obtained from the Mission Co-op in the Diocese of La Crosse also made it possible for me to make some major infrastructure improvements, which were long overdue. Since most of my parishioners live in extremely poor conditions, I cannot imagine doing my work of evangelization without the support of the faithful people from other countries who have supported me financially. My gratitude extends in a special way to the people of the Diocese of La Crosse.

“The limitations of our mission in the jungle are not only material limitations. We also must confront the reality of living in a war zone. For more than 25 years, the Colombian Army, paramilitary groups, FARC (Armed Revolutionary Forces of Colombia) and ELN (National Liberation Army), as well as Narcos, have engaged in a constant conflict that has taken thousands of innocent lives and caused much suffering. Present in my mind, as I walk with families to find the bodies of their loved ones and give them a proper Christian burial, are the words of St. Arnold Janssen (the founder of the Divine Word Missionaries): “The harder the worthier.” More than a year ago, paramilitary groups occupied most of my parish territory and there is hardly a day without a victim. Just a few weeks ago, I was still able to visit some of the villages and baptize some children. Today, it is almost impossible to reach many of my parishioners. Just recently, the ELN fighters put out many land mines, which, of course, make it very dangerous for anybody to travel. Indians are unable to go to their plantations and get food without risking the loss of their legs or even their life. We all live quietly hoping for things to improve soon and to be able to continue our ministry.

“I am grateful to God for calling me to his priesthood. I am privileged to be able to work in such culturally diverse and rich cultures. I am amazed to discover how God has always loved me and guided me in life. What a blessing it is to be able to share my Faith and the Lord’s love with others, especially in the most difficult of circumstances. St. Mother Teresa of Calcutta states: ‘For love to be true, it has to cost, it has to hurt, it has to strip us of ourselves.’

“We are born to share our love with others. Thank you for sharing yours and helping us to build the Kingdom of God here in the jungle of Colombia.”

The Diocese of La Crosse supports missionary work like Father Radomski using the Mission Co-op Program of the Society for the Propagation of the Faith. Periodically, Father Radomski requests to be a missionary in the program and is assigned to a group of parishes for a summer visit. Then he visits the diocese hosted by Father Sebastian where he presents his appeal.

Lord, you left your Mother in our midst that she might accompany us.

May she take care of us and protect us on our journey, in our hearts, in our faith.

May she teach us to go out onto the streets.

May she teach us to step outside ourselves.

May she, by her meekness, by her peace, show us the way.