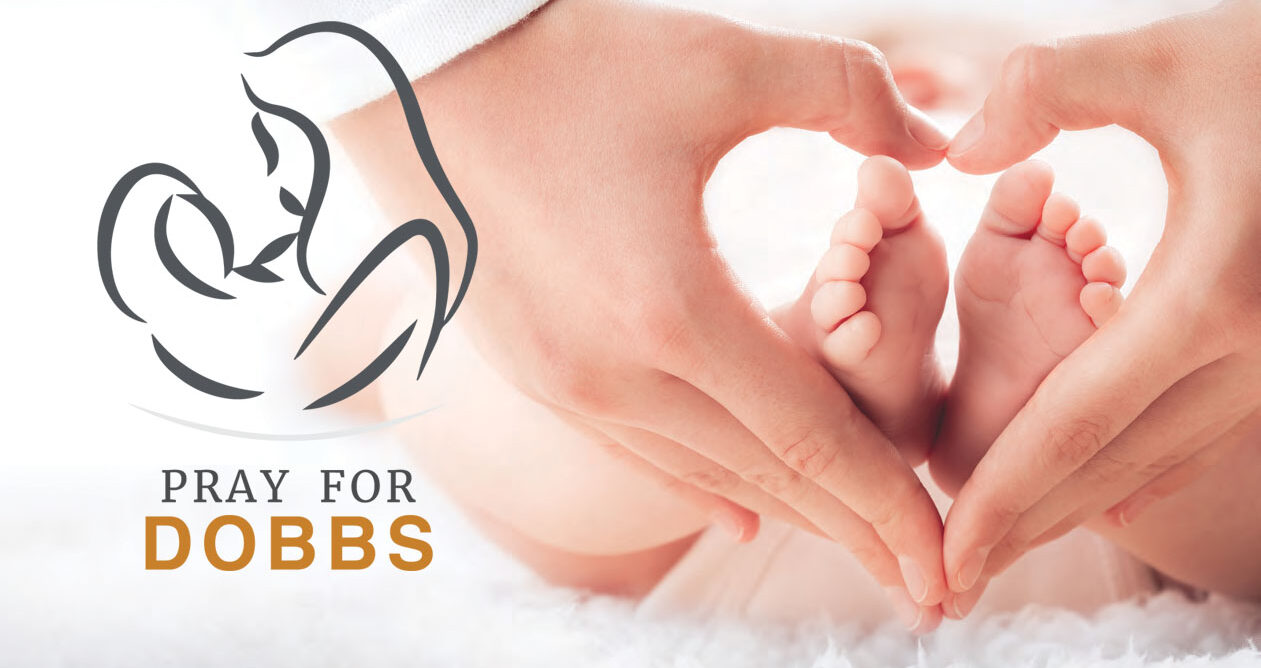 Join Catholics and other Christians across the land united in prayer

Your Prayers and Sacrifices are Needed!

After 48 years of heartbreaking bloodshed, there is reason to hope the U.S. Supreme Court may at last overturn the infamous Roe v. Wade decision that has cost the lives of more than 61 million unborn children.

If that happens, it will be thanks to decades of prayer and witness on the part of pro-life women and men who have called down God’s grace upon our land.

That prayer and witness have culminated in recent months in “Pray for Dobbs,” an initiative of prayer uniting Catholics and other Christians across the land. It is named for the case Dobbs v. Jackson Women’s Health, which is currently before the Supreme Court. It centers on a 2018 Mississippi law prohibiting abortion after 15 weeks (see the “Timeline” on the next page).

This is an urgent call to each of us to pray, to fast, to offer sacrifices. Amid the darkness of our troubled times, this is a shining opportunity. Between now and June, let us together ask God to touch the minds and hearts of the Supreme Court justices, that they might untwist the contorted reading of our nation’s Constitution that has led to so much anguish and killing. In Him, truly, all things are possible.

Chris Ruff, Director of the Office for Ministries and Social Concerns
Published in the January/February 2022 Issue of Catholic Life Magazine

Timeline leading up to the Dobbs Case

Pray for the Justices!

Between now and their decision in June, let us pray and sacrifice every day for each Supreme Court Justice by name. Let us ask God to give them the grace, wisdom and courage to stand on the side of life and of the Constitution as written, overturning Roe v. Wade.