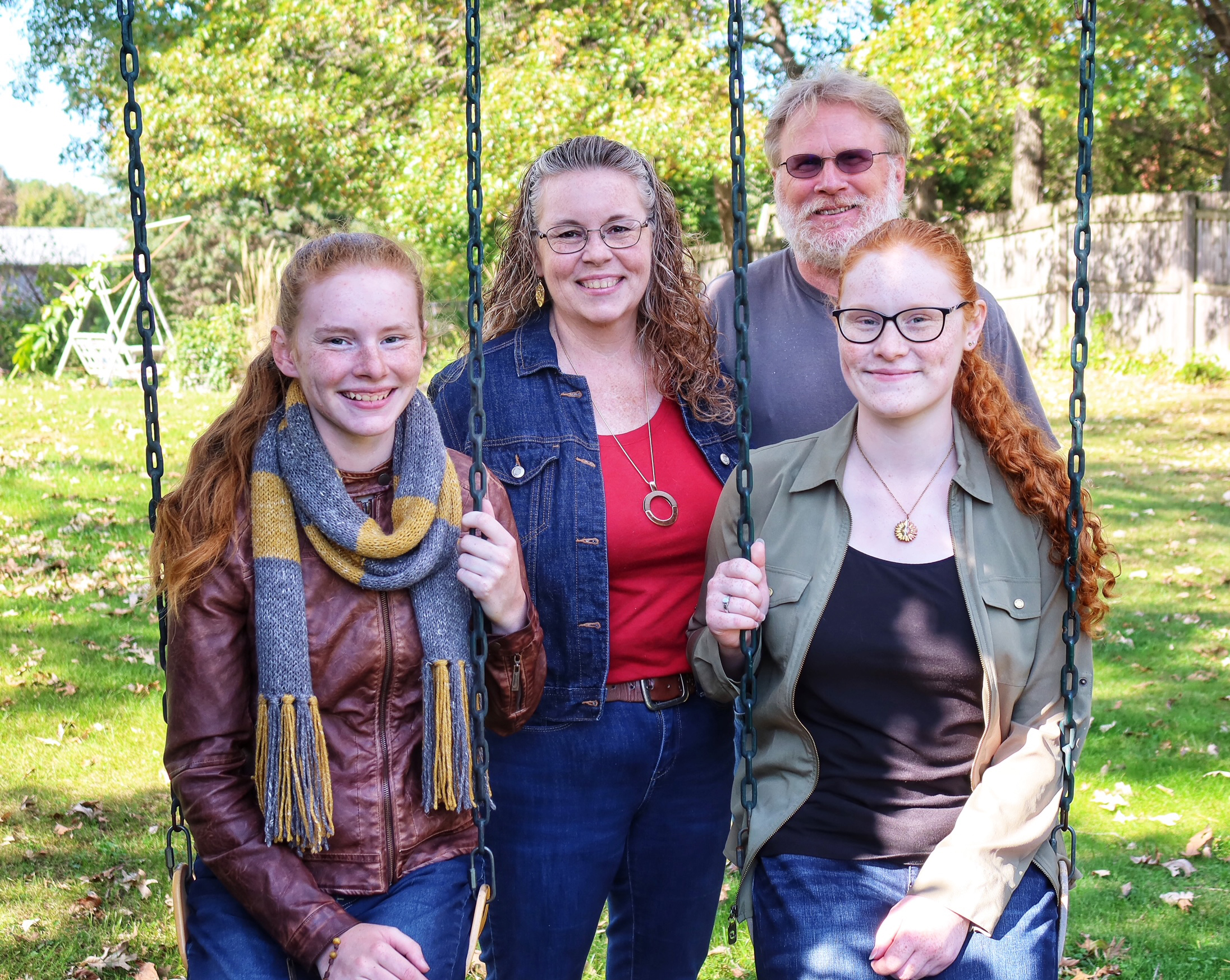 As Catholics, we are called to protect life from conception to natural death. This calling has divided our society for years, even at times, causing contention within our Catholic Faith.

Jennifer Fisk, a member of St. Elizabeth Ann Seton Parish in Holmen, is a pro-life supporter who understands the difficult circumstances young adults, and specifically teenage girls, deal with when faced with an unplanned pregnancy. As a wife, mother of four and grandmother of two, she has spent most of her adult life standing up not only for her pro-life beliefs, but also her religious beliefs.

“Being Catholic and pro-life informs everything I do and every decision I make,” says Jennifer.
“I think it’s very important for us as Catholics to not separate our Faith from any area of our lives.”

Jennifer’s beliefs came to light and were tested 32 years ago: “Shortly before I graduated from high school, I got pregnant. That was my first experience with having to take a stand and be pro-life. I found myself in one of those unexpected pregnancies.” She married the father, a union that lasted five years.

Though she never considered abortion, the pregnancy brought the issue to the forefront of her thinking. “It’s not an issue that’s just out there in the wider world,” says Jennifer. “My unplanned pregnancy brought it close to home.”

In 2010, Jennifer attended her first March for Life in Washington, D.C., chaperoning four girls from her parish. She did the same the following year, chaperoning the same four girls.

“My very first March for Life in Washington, D.C., had a huge Catholic presence. I saw many other Christian denominations and an Atheist for Life group there. This is not just a Catholic issue—not even a Christian issue. It’s a human issue. It’s a scientific issue.”

“Being Catholic and pro-life informs everything I do and every decision I make.” – Jennifer

Jennifer recalls 750,000 to 800,000 people in attendance, but secular media provided no coverage of the massive crowd. “The little bit of reporting they gave was a small group of counter-protestors,” says Jennifer. “Turn your cameras around and look at the hundreds of thousands of people! Look at the buildings and notice the politicians and staff staring out the windows. The people in Washington, D.C., try to ignore the March for Life, but they have to see what’s going on.”

Since then, she and her family have attended other March for Life events in Chicago and Madison, along with 40 Days for Life, an internationally coordinated 40-day campaign that aims to end abortion locally through prayer and fasting, community outreach and a peaceful all-day vigil in front of abortion centers, such as Planned Parenthood.

The values Jennifer passes on to her children are a lifelong commitment—something she wasn’t taught growing up. Born in 1970 and raised in the “lost generation of Catholics,” she learned about her Catholic Faith as an adult.

“My stepmother wasn’t Catholic but she’s the one who taught me how to be a Christian woman and what that meant,” says Jennifer. Though Jennifer attended Catholic school all but two years, and her father attended seminary in New York during high school, neither taught nor passed on the Faith to her. “I started to wonder about things as an adult and sought out answers. I’d ask my father questions and he wondered why I didn’t know these things. He hadn’t passed it on, thinking the Catholic school was teaching me everything, but they weren’t.”

Jennifer met her second husband, Paul, through a blind date their sisters set up. They got married and she had three additional children, completing their family of two boys and two girls. Her values were tested when her oldest child was in kindergarten and the school wanted to teach him about AIDS. “These teachers are an authority in math, science or other fields,” says Jennifer, “but, they’re not an authority when it comes to morality.”

With a limited income at the time, sending their children to Catholic school wasn’t an option for Jennifer and Paul. They decided homeschooling their children was the right decision for them. “When homeschooling, we know what’s being taught and try to give them the tools for life.” With one daughter now attending the University of Wisconsin-La Crosse, Jennifer prays for her to have courage to stand up for her beliefs and use the tools she was taught at home.

Jennifer and her family attended the first 40 Days for Life that was held in La Crosse and continue to be involved in the annual event. Often, she and her children would be the only ones there. Her experiences helped her in the creation of the La Crosse Life League.

A powerful way to “Pray for Dobbs” is to join us for the Diocese of La Crosse Pilgrimage for Life, as we travel to Washington, D.C. to pray and bear witness at the annual March for Life. Visit diolc.org/M4L for details and to register.

“We formed this organization to have an opportunity for like-minded people to get together,” says Jennifer. “Even in our own parishes, there are people who don’t follow Catholic teaching when it comes to life issues. When you attend the pro-life rallies and March for Life, people realize there are many others that feel the same way and are passionate about it. It’s energizing to bring that spirit back home.”

Courage to go against the grain of society keeps Jennifer’s family involved in pro-life events. After she attended her first 40 Days for Life rally, she went to their meetings and got to know people with a similar mind-set as hers. “Because I was one of those women who had an unplanned pregnancy, I know it’s bigger than just babies. The babies aren’t the only victims.”

Jennifer has a heart for women and the situations they’re in. She understands it’s hard to sympathize, empathize or put yourself in that position and help them find a way out, if you don’t understand what they’re going through.

“Pro-life and its effects on the family is a moral issue that’s been politicized,” says Jennifer. “It needs to be important to everyone and be part of everyday life. This must be a priority in the voting booth. Get to know the candidates and where they stand on abortion.”

The best tool we have as Catholics is prayer, Jennifer says: “Sometimes people say all they can do is pray. That’s likely the biggest thing we can do! People can support the pro-life movement with spiritual adoption and pray for an unborn child within their parish or family.”

Jennifer encourages others to get involved where they can: “Pro-life is so much of who I am. It’s not separate from the rest of my life. It’s me.”