IT WOULD BE AN UNDERSTATEMENT to describe Pope Francis’ visit to the United States (Sept. 22-27, 2015) as historic – but historic it certainly was. From his addresses at the White House and a joint session of Congress in Washington, D.C., to his speeches at the United Nations General Assembly in New York and the Festival of Families in Philadelphia, Pope Francis covered a wide spectrum of subjects, while still finding time to celebrate several Masses, can-onize a saint, dine with the homeless, bless babies and those afflicted with debilitating conditions and meet with prison-ers. It was a trip that truly captured the attention of a nation and, indeed, the world. 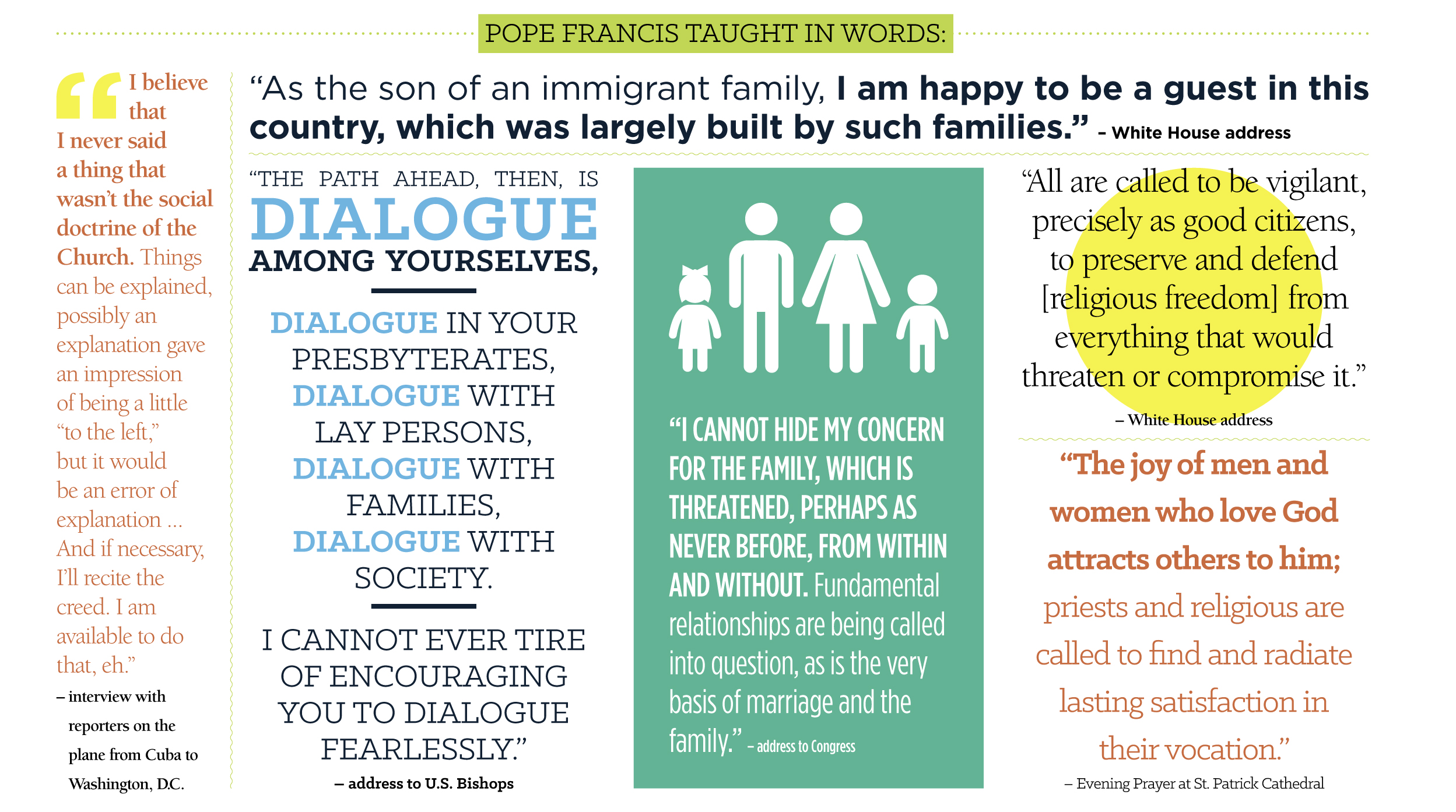