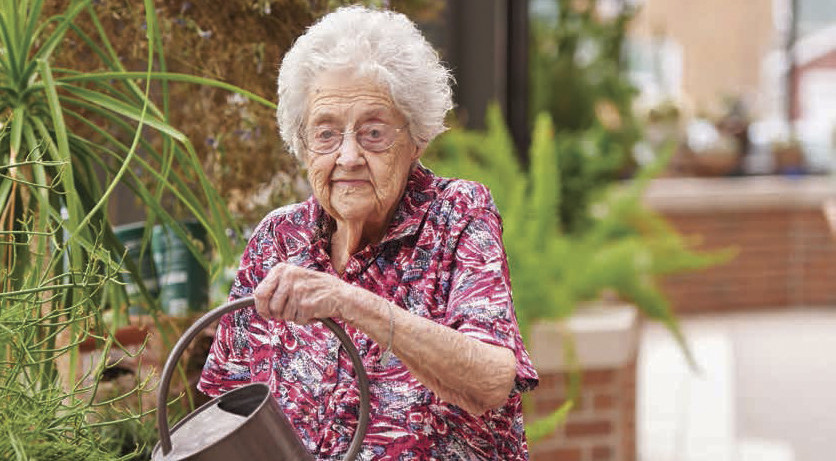 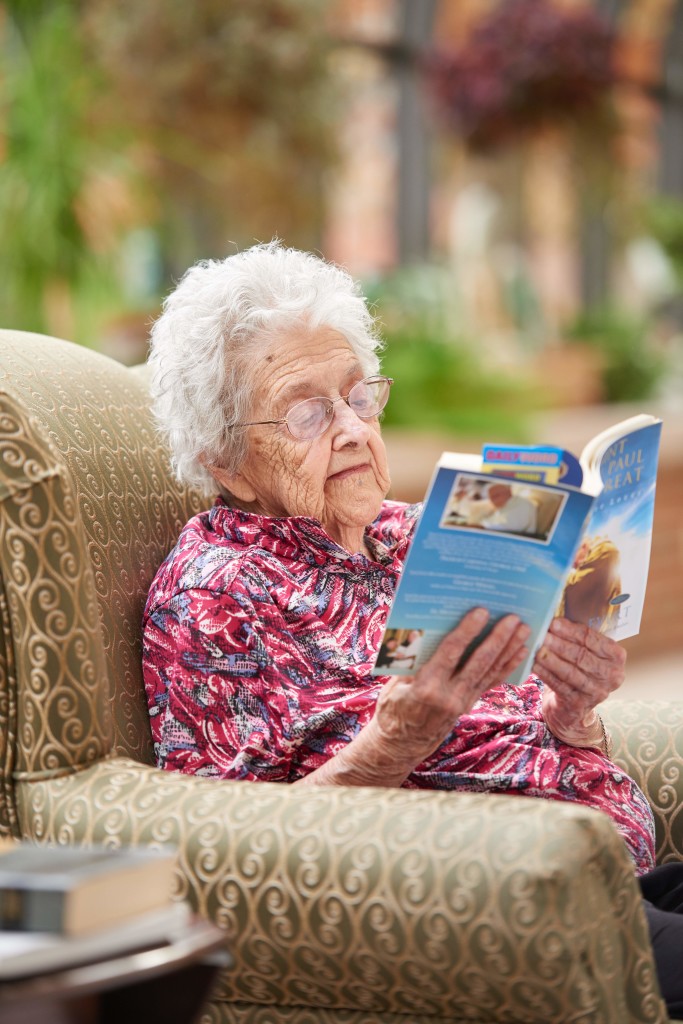 AT 105 YEARS OLD, Elizabeth Wagner is the oldest parishioner at St. John the Baptist in Marshfield. Her faith has followed her through a remarkable life filled with joy and struggles. Whether living a life without television, computers and air travel in her youth or living a modern life as a grandmother, Elizabeth holds Christ in her heart.

She met her husband while teaching in a one-room schoolhouse. He was the president of the school board. After they married, they built a life together on the Wagner dairy farm and raised four boys.

Elizabeth only had 37 years with her husband before his death, and the loss was a hard one. Her faith guided her through a time of change.

“I just had to keep going. That’s how it was in those years,” says Elizabeth. “The first year I was alone, I went out to live with my brother. I worked at a hospital.”

Then Elizabeth went out on her own. She moved to Marshfield in 1961. Eventually, God guided Elizabeth to St. John’s Rectory for another career.

“I made the dinner at night,” Elizabeth says.

She cooked for six priests, three of them permanent in the parish. For Elizabeth, the ability to feed hungry priests was a blessing.

She started the job with a Betty Crocker cookbook as a guide. Sometimes the priests would make requests for unfamiliar meals, and Elizabeth had to learn how to make new foods.

“We enjoyed each other,” she says. “I learned a lot. I really appreciated working there very much. I really liked the priests.”