Doug Culp
is the CAO and secretary for pastoral life for the Diocese of Lexington, Ky. He holds an MA in theology from Catholic Theological Union in Chicago. 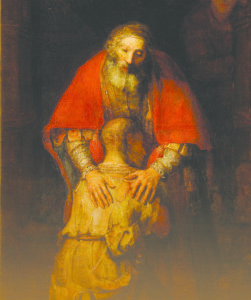 Let us begin our year-long reflection on the nature of mercy in honor of the official Jubilee Year of Mercy (Dec. 8, 2015 – Nov. 20, 2016) by considering what Pope St. John Paul II wrote in his 1992 apostolic exhortation Ecclesia in America. Specifically, God is communion and all people are called to share in this same communion.

This magnificent plan of communion for us belongs to the Father and it has a name – the plan of salvation. Salvation comes from the root word “salve,” which means “to heal, to make whole.” To fulfill this plan, Jesus, the heart of this communion, emptied himself to take the form of a human being and accepted death on a cross (cf. Phil 2:7-8) so that we might be brought to life with Christ (cf. Eph 2:5) and share in the divine life of the Triune God. In other words, Christ became the salve for humanity so that all may be one in God.

Today, Christ remains with his Church, the sign and instrument of the communion willed by God. Through the power of the Holy Spirit, who works ceaselessly to create communion and to restore it when it is broken, God’s unwavering will to save is made known to humanity through the ages.

And what does this have to do with a discussion on mercy? The Scripture scholar Father John L. McKenzie (1910-1991) would have argued that it has everything to do with mercy as it provides us with the very definition of mercy: “the will to save.”

In the First Book of Kings (3:16-28), we find the tale of King Solomon’s famous “custody” case. We are told that there were two harlots who lived in the same house and who gave birth to sons only three days apart from one another. During the night, one of the babies died. The mother of the dead child then switched her baby with the living child as the other mother continued to sleep. Upon waking, the mother of the living child found herself with a dead child, but she realized he was not hers. However, there were no witnesses, as the two women were alone in the house.

On her part, the mother was willing to forgo her parental right out of love and mercy for her child.

A saint elaborates on mercy

In his 1980 encyclical Dives in Misericordia, Pope St. John Paul II wrote that the mercy of Christ reveals the love of the Father is more primary and fundamental than the Father’s justice. Mercy “signifies a special power of love, which prevails over the sin and infidelity” of the world. And mercy alone is “able to justify [humanity], to restore justice in the sense of that salvific order which God willed from the beginning.”

In overcoming sin, love transformed into mercy restores right relationships, or justice, by restoring the dignity and value of the offending party.

This does not mean that justice is forgotten. In overcoming sin, love transformed into mercy restores right relationships, or justice, by restoring the dignity and value of the offending party. Mercy actually calls the sinner to conversion, the most concrete expression of the presence of mercy. Consider Luke 7:36-50. While Jesus is dining at the house of a Pharisee, a sinful woman stands behind him bathing his feet with her tears and anointing them with oil. When the Pharisee objects, Jesus replies, “Her many sins have been forgiven; hence, she has shown great love. But the one to whom little is forgiven, loves little.”

True mercy is the most profound source of that justice which amounts to our living in right relationship with God – to living in the communion that is our salvation. 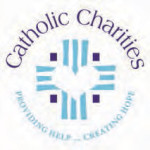 Catholic Charities of La Crosse
The Dwelling Place is in need of Day Volunteers to assist with preparation and clean-up of meals, some housework and also to participate in activities with the household members such as games, puzzles, arts and crafts, bring a dog to visit, etc. Volunteers can determine their own schedule in conjunction with the needs of the house.

Catholic Charities of Wausau
Wausau Community Warming Center is in need of multiple volunteers positions including: Intake/Check In, Kitchen, as well as 1st, 2nd and a.m. Shifts. The warming center is open between November 1, 2015 through April 30, 2016. To volunteer, please contact Barbara Sugden, Warming Center Coordinator at 715.849.3311 x1729.

Catholic Charities of Prairie du Chien
Hands of Hope Volunteers is in need of multiple shifts right away from 6:00 am to 9:00 pm. Hours dependent upon client needs. Duties would include checking mail for clients, grocery shopping, companionship/visiting, playing cards, light housekeeping, meal preparation, and transportation to the grocery store, community events and doctor appointments.

For more information on how to volunteer for any of the Catholic Charities in the Diocese of La Crosse, please contact Dawn Kay at 608.519.8005 with any additional questions or visit www.cclse.org for an application.