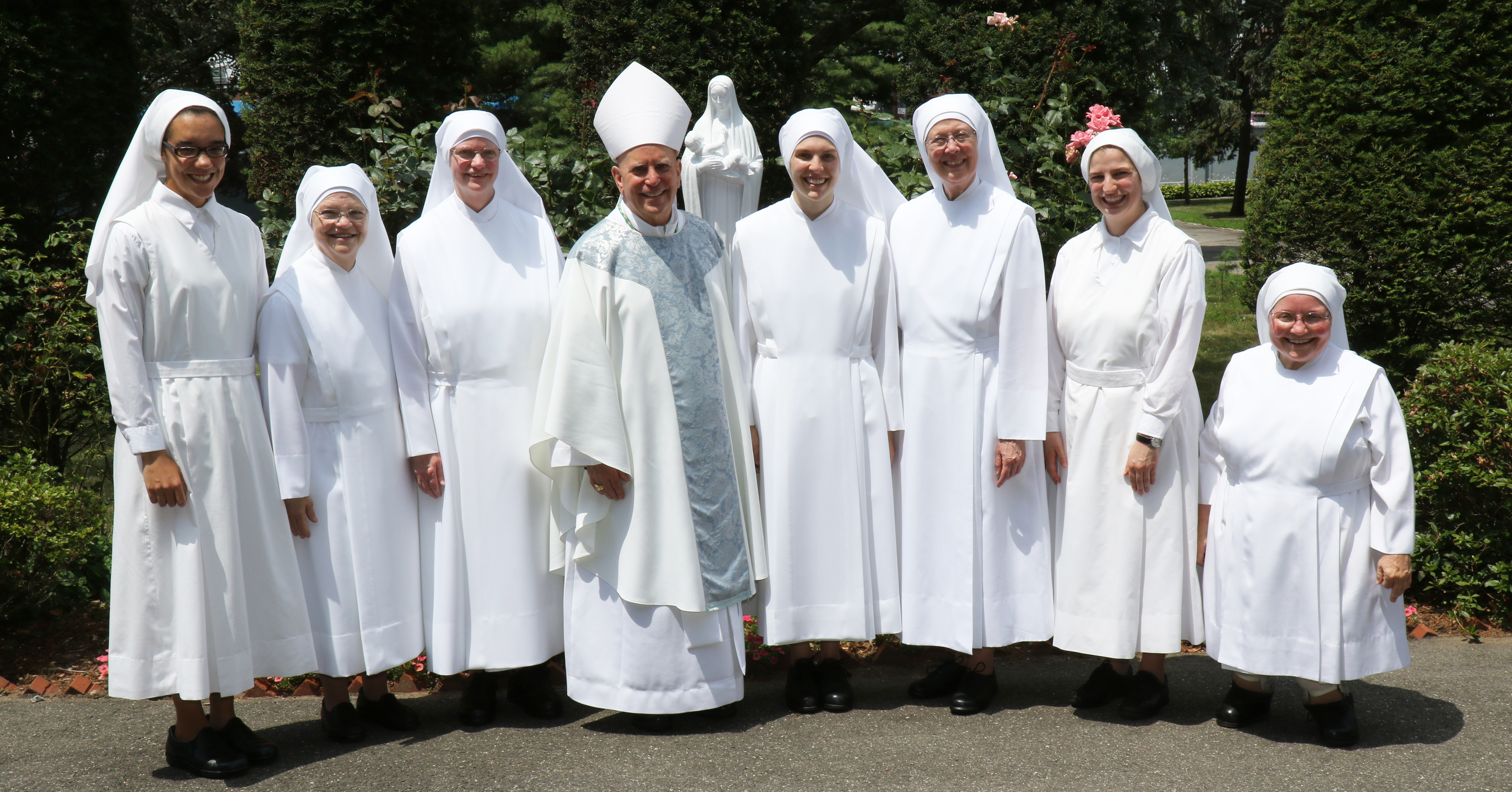 On Saturday, July 16, a chapel full of Little Sisters of the Poor, family and friends rejoiced as Sister Bernadette Rose Spelic made her first profession of vows as a Little Sister of the Poor. Archbishop Samuel J. Aquila, archbishop of Denver, CO, was the principal celebrant and homilist for the profession Mass in the chapel of St. Ann’s Novitiate, Queens Village, NY. 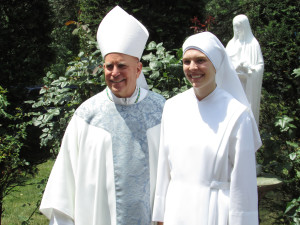 A native Nebraskan, Sister Bernadette Rose moved to Colorado with her family several years ago. Sister first got to know the Little Sisters of the Poor at Denver’s Mullen Home. She attended Benedictine College in Atchison, KS, encountering the Little Sisters again on a spring break trip to Boston; and then spending time with the Sisters at Jeanne Jugan Center in Kansas City, MO, as she continued her discernment.

After the profession Mass, Sister Bernadette Rose was greeted by her parents, grandparents, siblings and many relatives and friends, all anxious to know where her first assignment as a Little Sister would be taking her. No one had to remain on the edge of their seats for long, as Sister Alice Marie Monica, provincial of the New York province, announced that Sister Bernadette Rose will begin her religious life at Jeanne Jugan Residence in Newark, Delaware.

The crowd was also excited to learn that Sister Lizeth María Chamarro, a native of Peru who had met our Little Sisters while studying at the Colorado School of Mines, and who made profession at our novitiate in Santiago, Chile the same day, will be returning to the United States to serve at our mission home in Gallup, New Mexico.

Also acknowledged with great enthusiasm were two young women who entered the novitiate on July 15. Sister Angela Marie Clare Conti, a Maryland native, and Sister Teresa Marie Moore, from St. Paul, Minnesota, both worked in our Homes as employees when they discerned their vocation.

As Sister Bernadette Rose heads out on mission, our new novices begin their two-year novitiate at St. Ann’s in Queens, NY.