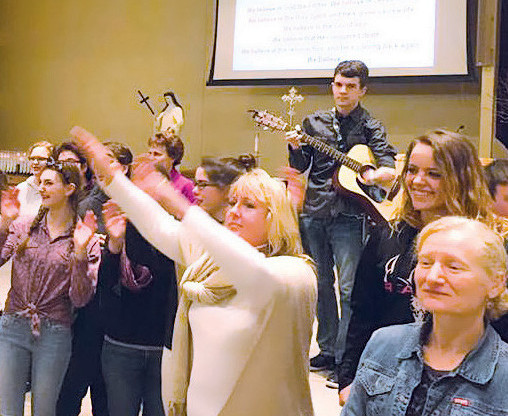 A faith-filled journey to the Catholic Church through RCIA – St. Bronislava Parish in Plover

Adam Wadina of St. Bronislava Parish was a student at Marquette University when he first tapped into the richness of the Catholic faith. Although Adam was originally baptized Catholic, his family became Lutheran when he was 5 years old. Adam’s initial renewed attraction to the Catholic faith came when he saw how similar Catholic beliefs were to his own, more so even than his Lutheran faith.

“In discussion with my friends, I realized something was off and that my Lutheran faith wasn’t quite in line with what I personally believed,” he reflected.  “I noticed that those differences were actually what the Catholic faith teaches and I thought—Well, this doesn’t make any sense at all. Why not just become Catholic?” 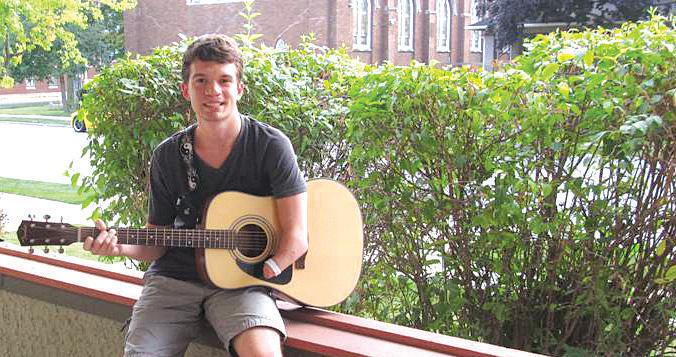 Adam took this realization seriously and decided his next step was to join the RCIA program at Marquette. Adam’s RCIA experience was fundamental to his faith development, and hearing him describe his RCIA experience alone will set one’s own heart on fire. The dynamic environment Adam experienced in his RCIA class is what helped him deeply refine his own faith.

“Rather than having an adult teaching it to you and just kind of saying ‘this is what it is,’ we were able to kind of play off of each other and bounce ideas back and forth and really not necessarily understand what it means. More to the level of investigate why and how that is.” One of his most formative experiences was at a weekend retreat with his group developing meditative and prayer techniques, which helped him along his path to Christ.

“Prayer is not just what you say in Church, It’s not what you say right before you go to bed. There are a lot of different ways to talk with God—God knows us better than we know ourselves—so spending time with Him in prayer is a great way to learn more about God, but it’s also a great way for God to teach us more about ourselves because He knows more.”

Adam didn’t stop seeking understanding and intimacy with Christ once he was confirmed into the Church. Today, years later, as he prepares for medical school at Loyola University, he still lives every day intentionally faithful.

“God is everywhere, in everyone, in everything and in every circumstance. It may not always be easy to see Him, it may not always be easy to understand why He’s there, but He’s there. And if you take the time to learn more about Him, learn about how God works, it gets easier and easier to see Him present in your life. And for me personally, that made a day in my life a thousand times better to know that and to have that comfort.”

Adam sees his faith as a grounding point for everything he does and knows God has a plan for him, especially as he prayed about attending medical school.

“I’ve been bouncing back and forth on what I want to do and a lot of ideas on my career path, but ultimately I remembered, shortly after starting RCIA, one of my favorite priests at Marquette gave a homily about the healing mission of Christ—and how people who go into health care careers are truly pursuing the work of Christ. And I feel like that was the big light bulb moment—like whatever you do with your life, it has to be in health care.”

This past year, before going to medical school, Adam decided to take a year off and be at home in Plover.  After arriving home, he called St. Bronislava and talked with the youth director, Julie Studinski, about helping with confirmation classes.

“I had such incredible leaders in my own RCIA program that I felt a very strong calling to go and be that kind of person for someone else. I had a different way of looking at it. If being Catholic is all you’ve ever known then you wouldn’t expect anything different. But to hear it from someone else’s perspective, from someone who looked in from the outside and said this is where I want to be, I felt like that was a really important story to tell,” he explained.

Soon after, Adam was leading a group of 10 ninth-grade boys. Adam knew he would face challenges even before entering the classroom.

“I tried to make it more of a self-guided deal. So my goal going in was not to make it a lecture or another class that you had to take. I didn’t want to get up there and say ‘this is what it is,’ in part because you know I had only been a part of the faith for a year and a half. So they had more experience than I did. I told them all that this was my first time teaching confirmation and I’ve only been Catholic for a year and a half, but I think this is going to be a really cool experience. This is going to be a very cool dynamic of bringing these different perspectives and opinions together,” he said.

His proudest moment as a confirmation teacher was seeing them at the confirmation ceremony knowing full well that each one of his 10 students was fully prepared to do what they were about to do.

“When I looked around at the guys in my class, I can think of at least one moment when every single one of them showed me that somewhere there was a spark and that they were ready for confirmation. As a former 14-year-old and having been in their shoes, I know that spark is all you need.”

THINKING ABOUT BECOMING CATHOLIC? For more information about the RCIA program, go to diolc.org/rcia.