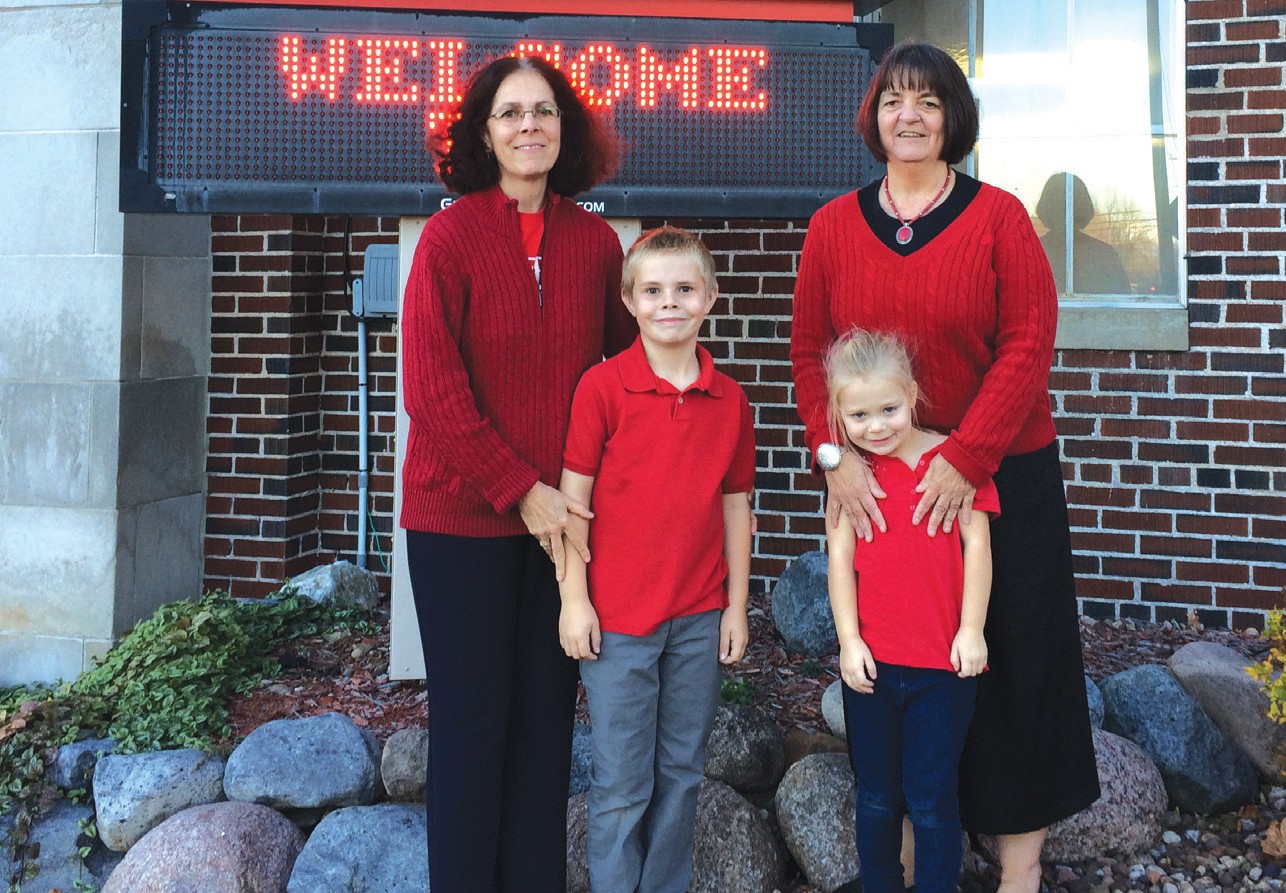 Catholic Schools provide a great tradition of family, beyond a great education

Our La Crosse Diocesan Catholic Schools pride themselves on being faith communities with a family atmosphere. And within the heart of these schools we find individuals dedicated to the cause of Catholic education and passing on the faith to every student who come through the doors. Some teachers, staff and coaches are not only part of diocesan Catholic school families, but quite literally join their family in the schools.

Within our Catholic Schools, there are a good number of siblings, spouses, parents and their children all serving together, and dedicating their careers and lives to Catholic education.

Therese Globensky, principal of St. Mary’s School in Marathon, is from one such family. She, her father, and her six siblings all attended Holy Ghost Parish School in Chippewa Falls and all, including her mother, graduated from McDonell Catholic High School. Therese and her sister, Sue Jacobson, both studied to become teachers, and have spent their entire teaching careers in diocesan Catholic schools. Both currently work at St. Mary’s where they are also parishioners.

The story doesn’t end there. Sue’s three sons all attended the McDonell Area Catholic School System (MACS) and two of them also became teachers, serving the Catholic schools—one history, one science. Her son Mitch Jacobson is in his fifth year teaching science in the MACS system, where he was hired right out of college.
Therese recalls, “My dedication to Catholic education began as a child. My parents often expressed to their seven children that the opportunity to attend a Catholic school was a gift to be treasured… I can only imagine the pride my mom would feel today knowing her children and grandchildren are teachers at Catholic schools.”
And because of Therese’s parents’ dedication to the Catholic schooling of their children, and their children’s dedication to the same, Mitch came back to serve his alma mater as a third generation alum. He also attends the same parish—Holy Ghost—where his family’s Catholic education began. “I am dedicated to Catholic education because it has been a part of my life from childhood to adulthood,” he says, and he actively works to pass it on. Aside from teaching with many of his own teachers, who welcomed him “home” to McDonell, Mitch has even had the experience of teaching and coaching some of the same students his mother and aunt taught as well as some of his friends’ siblings.

The Globensky and Jacobson’s family gatherings are filled with “school talk.” “We never run out of conversation,” Sue admits. “We are all good sounding boards, sharing stories and advice.” 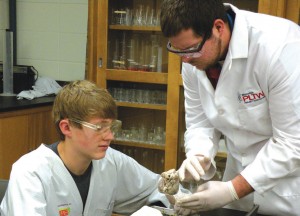 “I have learned more about being a great teacher from the examples shown by family members than many of the hours spent in college,” Therese adds.
Like their parents and grandparents, Therese, Sue and Mitch recognize what a gift Catholic education is to children. “Each day,” Therese shares, “children have the privilege of learning and growing under God’s loving care.”

They also realize that the gift does not come without cost. “Many sacrifices have to be made, especially financially, in order to receive a Catholic education,” Sue acknowledges.

“Today Catholic schools are more important than ever,” Therese explains. “We live in a world where families are fractured, putting ourselves first is valued, violence is on the rise, acceptance of all races, cultures and religions is at risk and our world is not at peace. Children need to know that they are children of God and loved.”
“We live in a secular society that stifles the opportunities to learn about God and the good news of Jesus. We live in a society focused on freedom from religion,” Sue continues. “Family life has become uninterested in religion. Where are our children going to learn about the teachings of Jesus to give them a moral compass to make future decisions in life? How can children develop a relationship with God when they don’t even know God? Developing faith cannot be left to chance.”
Not leaving faith to chance, the next generation of Jacobsons is already among the ranks attending St. Mary’s.

“Today Catholic schools are more important than ever. We live in a world where families are fractured, putting ourselves first is valued, violence is on the rise, acceptance of all races, cultures and religions is at risk and our world is not at peace. Children need to know that they are children of God and loved.”
– Therese Globensky, principal of St. Mary’s School in Marathon

It is through the example of dedicated families such as these who sacrifice and volunteer their time, talent and treasure to ensure that the next generation can know the love of God and how to live as faithful followers of the truth as they journey toward heaven.