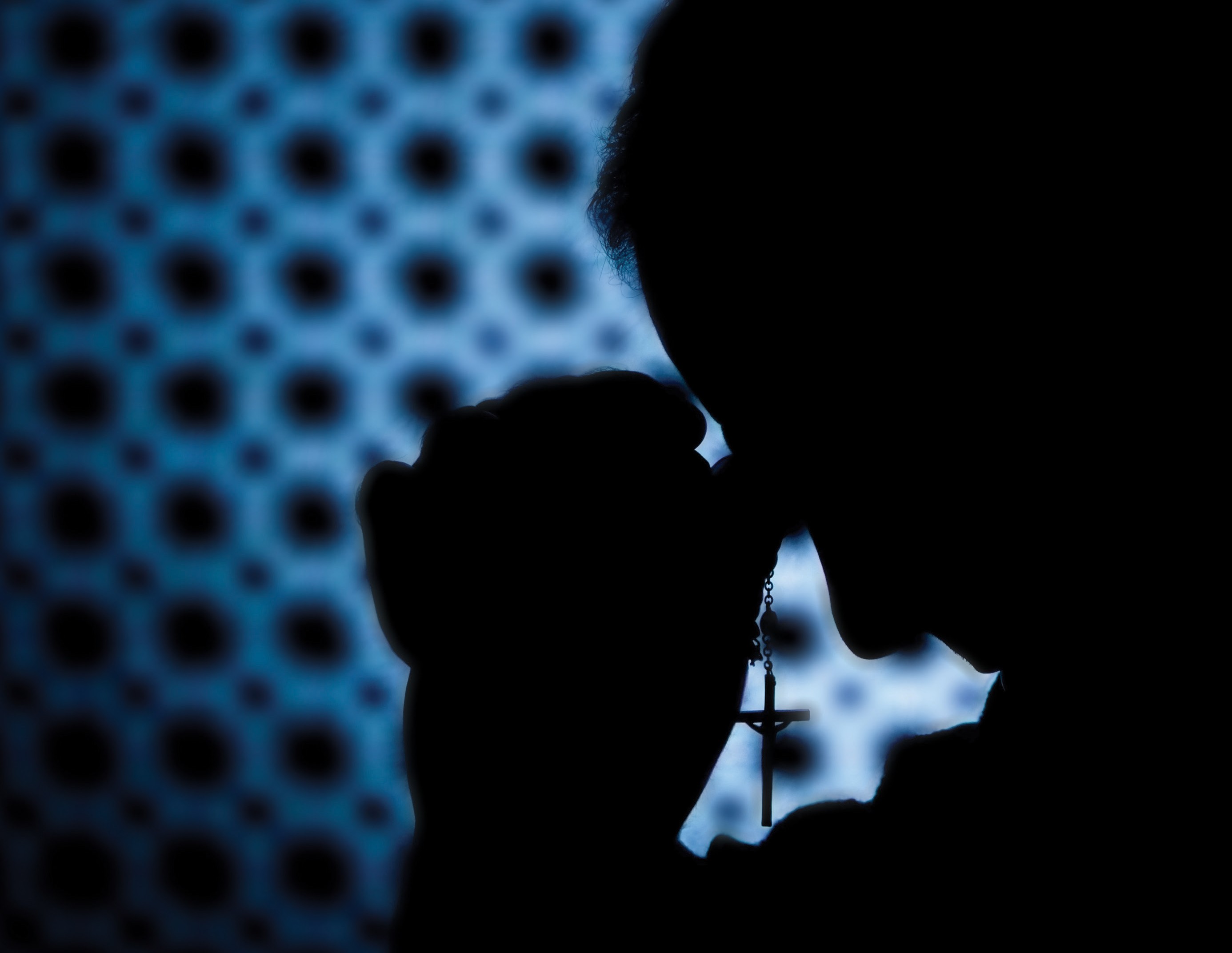 The following are excerpts from a talk that Monsignor Roger J. Scheckel gave for the Marian Catechist Apostolate retreat in July 2016.

Sin could be described as the underside of the Christian Life. Our knowledge of the reality of sin comes through divine revelation and human experience. (Catechism of the Catholic Church, par. 401, Gaudium et Spes, 13}1) Sin has been described as a doctrine of the faith that can be known empirically. We know with certainty through human experience the existence of sin in our lives and in the world. All sin offends God, who is the Eternal Being, thus our sins have eternal consequences. Sin also has temporal consequences by doing harm to others, including the sinner. Every sin does harm to the body of Christ, the Church.The gravity of sin is revealed in the remedy required to overcome it. The remedy required was nothing less than for God to become Incarnate, thereby making it possible for God to assume the penalty for human sinfulness, i.e., death. (Rom 6:23) There are two kinds of sin: original and actual. Original Sin is a state that we inherit rather than an act we commit. It is a sin that is transmitted to each of us through our human nature in the propagation of the human species. Only the sacrament of baptism removes original sin.

Actual sins are the sins that we commit personally. There are two kinds of actual sins: mortal (deadly) and venial (less than deadly). (1 Jn 5:17) Actual sins involve: 1) the matter that constitutes the offense, i.e., thoughts, words, actions and omissions; 2) knowledge of the sin being a sin; and 3) willful consent. Actual sins that are mortal can be forgiven only with sacramental absolution, excepting when in close proximity to death, when a perfect act of contrition can bring forgiveness.

What is the first step in receiving forgiveness of sin?

Repentance is the first step in receiving God’s forgiveness for sin. Jesus begins his public ministry with a call to repentance. “Repent the kingdom of God is at hand.” (Mt 4:17) This was also the message of John the Baptist. (Mk1-4) Repentance is a grace received from God that requires our cooperation in order to recognize the presence of sin that is within us. It should be asked for often from God. The first expression of this grace is an experience of genuine sorrow or contrition for one’s sins after having made an inventory of one’s life (examination of conscience).

Why do Catholics go to confession?

Catholics are obligated to receive forgiveness the way Christ intended for it to be received through his Church. Jesus Christ had authority to forgive sins, as well as anyone with whom he shared that authority, which he did with his apostles and their successors. Absolution that is given within the sacrament of penance is a declaration from someone other than the sinner that one’s sins are forgiven. On such an important matter that directly impacts one’s salvation, it is important to hear a declaration from someone other than oneself that one has been absolved of sin.

Why make a confession?

Confession involves a self-accusation of one’s sins before the minister of God (bishop or priest) who possesses or who has been delegated the apostolic authority to decide whether to retain or release the sinner from their sins. (Jn 20:23) The minister of the sacrament is to make a judgment as to the genuineness of the penitent’s contrition in order to grant absolution. Making a complete confession to the best of one’s ability is important, but does no good if the sinner is not contrite.

Before making a confession, the penitent should pray to the Holy Spirit for enlightenment to know the true condition of his or her soul. A good confession should include all the sins that can be remembered according to what they were (specie) and how often they were committed (number). A confession is to be specific and complete. To withhold knowingly, sins in one’s confession, is to commit sacrilege, i.e., the deliberate misuse of a sacred reality.

I made a good confession and received absolution. What now?

Before leaving the confessional, you will have been assigned an act of penance that is to be carried out as soon as is possible. The absolution that is received from the priest addresses the eternal consequences of your sins; the assigned penance, when fulfilled, addresses the temporal harm that sin has done to the body of Christ, the Church. By carrying out the assigned penance, the sinner is able to contribute to God’s saving work that is bringing about his or her salvation.

Frequent participation in the sacrament of penance is encouraged. It increases and develops the virtue of humility; it helps form one’s conscience; it offers an opportunity for spiritual counsel; and it anticipates one’s particular judgment before Christ at the time of death.

HOW TO MAKE YOUR CONFESSION