We often hear people talk about finding their calling and how they know with certainty what God is calling them to do. That can be intimidating, especially if you’re thinking, “How do I know what God is calling me to do, or did I get a call and miss it?” 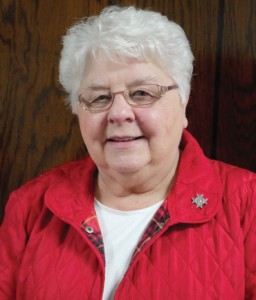 Sr. Marlene Weisenbeck is a member of the Franciscan Sisters of Perpetual Adoration in La Crosse

Sister Marlene Weisenbeck, a member of the Franciscan Sisters of Perpetual Adoration (FSPA) in La Crosse, is no stranger to listening for God’s call, but said anytime she has received one, she didn’t over-analyze it — she just went for it. “I hear people saying, ‘I want the sign,’ and people considering the religious life, for example, will pray that they receive a sign, but I always say, ‘Pray that you receive a call.’ That’s the sign,” she said. “Is anyone asking you to do anything? Do you have the guts to give it a try? Most of the time, I didn’t know it was God calling. You just have to be able to say … ‘I think I can do this.’”

Sister Marlene said, at least in her case, answering a call requires a bit of an adventurous spirit, a little courage and a willingness to take some risks. Throughout her life, she has been called in numerous directions, from working as a music educator in diocesan schools and at Viterbo University to being trained as a canon lawyer for the Diocese of La Crosse. She’s taken on leadership roles for FSPA, as well as for the Leadership Conference of Women Religious. However, her most recent call came in the form of a literal call …from the White House.
“On just a regular day back in 2012, I received a call from the White House. I was asked if I was willing to be on President Obama’s Advisory Council for Faith-based and Neighborhood Partnerships. It was a big surprise because I thought,’Why me?’” she said. “We were just asked if we were willing to be involved. I and about 13-14 other leaders from other major religious organizations across the country went to Washington and were in this room when they came in and told us we were to study modern slavery and make recommendations to the president. All of us looked down, because most of us knew very little about modern slavery and human trafficking.”

Sister Marlene said she never dreamed that she would be involved in human trafficking work in any form, but through her willingness to be open and to accept the training and immerse herself in learning from victims of human trafficking, she knew she had found another passion for her life. Once she accepted her new path, she found every opportunity to share it, especially within our diocese.

“After my time on the council and meeting survivors and going through the training, I came back to La Crosse and my community,” she said. “Once there was an interest, we got to work. In 2013, we got the task force going and our mission would be to raise awareness about human trafficking. People still don’t think it happens here in La Crosse, but it does. Since then, we decided to concentrate on one major effort a year.”

She said the word is getting out about human trafficking, but she thinks people still need to develop better eyesight because the problem can be right in front of you and you don’t know what to look for.

“Traffickers prey on vulnerability. They say they will provide the person with a better life; give them food, clothing, protection and often promise love. But as soon as they give them these things, they’ll tell the victim, ‘Now you owe me something,’” she said. “There are signs of trafficking that people just don’t pay attention to and, by raising awareness and training law enforcement and social workers, we can start to make a difference.”

She knows now, looking back, that the call she got from the White House was just the beginning of this powerful calling. For those who are still waiting for their “sign,” Sister Marlene knows from experience that, with the right combination of listening, belief and action, you will find God’s call coming in loud and clear.

“When you’re called and you follow the Gospel and you’re convinced of it, the most important thing is to consider the message and where the call is coming from. I didn’t know anything about human trafficking, but I was willing to be prepared for it and to try to do something I didn’t know much about,” she said. “After a while, you are more willing to relinquish some of your other passions and comforts for the bigger picture and the broader call. I do get a little impatient with people who say, ‘I’m not called there,’ because already they have closed themselves off to other possibilities. They are not listening or looking. Almost everything I have ever done in my life I was called to. Rarely did I seek out those opportunities. How did I find this passion? It found me.”