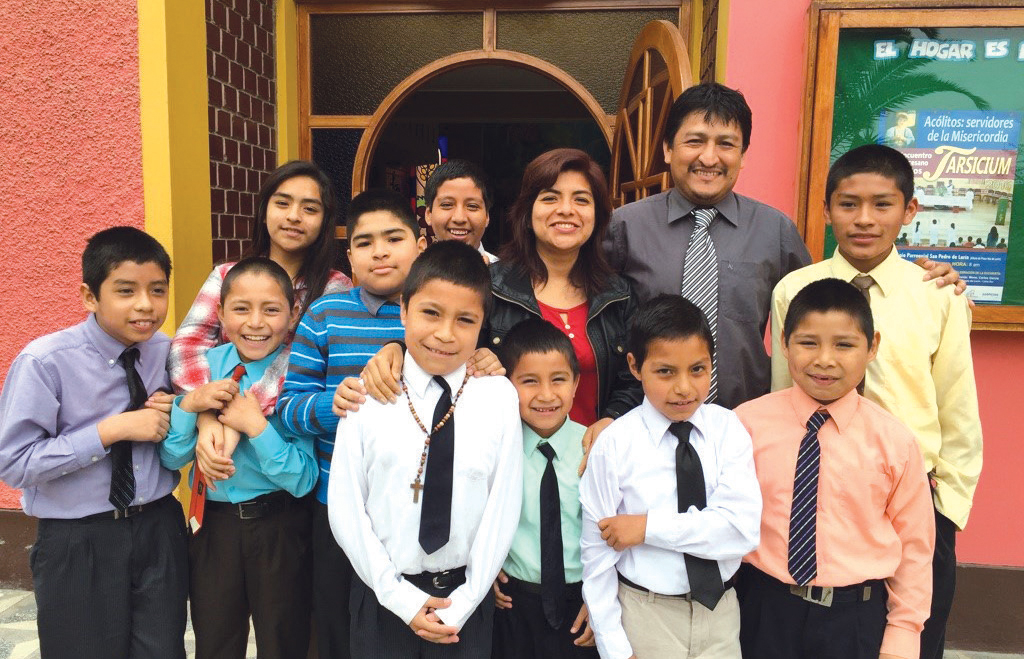 How a job opportunity with Fr. Joe turned into a life of joy

Fifteen years ago, when Roberto Belleza and Paola Junchaya were just newlyweds, they heard about a job opening at an orphanage outside of Lima, Peru where they could work as family teachers. Paola had recently been told that she would never be able to have children, so the idea of working with young kids at an orphanage seemed like a perfect match. After going through the interview and training process, they were hired. As they were getting ready to move into Casa Hogar Juan Pablo II, they were told that they instead would be moving 10 hours away to another orphanage in Oxapampa, which was a very remote community in the jungle of Peru.

“I thought I was going to be working with little kids but instead we ended up working in an orphanage in the jungle with teenage boys who were ages 13-17,” she said. “I was 22 years old! But it was in the jungle that I met Fr. Joe.”

Roberto remembers the first time he met Fr. Joe and how there was this unexplainable peace that came over him.

“I always felt comfortable with him and it was so impressive how much faith he had and how he put all his faith in God. No matter what the results would be it was how God wanted,” he said. “He had this joy about him and he shared it with the people who worked with him.”

Paola remembers how he would always remind them to have patience and how even on her bad days he could give her the strength and the wisdom to get through the hardship.

“I would always tell him that I was worried I would never have kids and he would always say “no you’re going to have a lot of kids,’” she remembers. “ I thought he meant I’m just going to be working with a lot more kids and then 2 months later I got pregnant and he was the first one to find out. I said, father, I have news, they say I’m pregnant. He said ‘What do you mean they say you’re pregnant?’ I told him I didn’t believe them and he told me, ‘Girl of little faith! Trust in God!’”

Paola and Roberto were so happy when Andrea was born but when the baby was only one month old she found out she was pregnant again, with their son Sebastian .

“I told Fr. Joe I was pregnant again but that I was not happy,” she laughed. “And he said to me ‘What do you mean? First, you ask me for a lot of kids and now you’re unhappy because you’re having another baby?’”

Paola is sure Fr. Joe is a saint because she knows it was through his prayers that she was able to have two biological kids, and during that time where she was told she really couldn’t have kids, he gave her the opportunity to be with the children at the orphanage.
Roberto said the peace he felt when he was in Fr. Joe’s presence could only be from someone holy.

“We are very thankful to Fr. Joe for the opportunity that changed our lives,” he said. “To let us be here and to be able to do his work, we will always be thankful.”

Although Father Joe has been gone for over 10 years now, the memories of his kindness, patience, good humor and love are still remembered by many of the locals in Lurin, Peru, and the results of his intercession are still visible. Fr. Joe wanted nothing more than to bring joy to any life he could touch, and Paola Junchaya knows first-hand how trusting in Fr. Joe can bring a lifetime of joy. 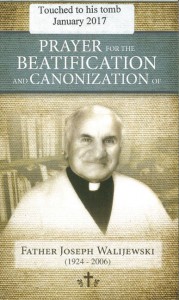 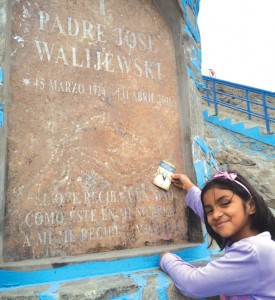 We have a number of prayer cards that have been touched to the tomb available upon request. Prayer cards can be ordered through the Mission Office by calling 608-791-2676 or sending an email to [email protected]