He says: We’ve been married for 10 years; why is she having doubts now? 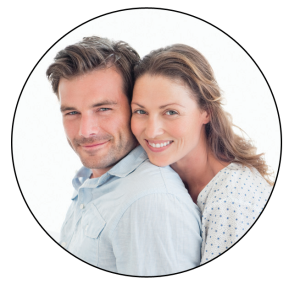 This couple should be reassured it is common for spouses to experience doubt within marriage. In fact, marriage research points to the first decade of marriage as the toughest because of the challenges and transitions that typically occur. Let’s take a closer look.

Marriage is a lifelong journey that travels through a series of stages. The early years of marriage are often referred to as the “romance” period, because the couple is caught up in the exhilaration of being together. They truly believe that loving feelings will keep them together. Any difficulties that occur are often overlooked or dismissed, because the couple often believes it is best to keep peace at all costs.

Eventually, reality sets in and the couple enters a stage called disillusionment. This is the point when differences that were once looked at as cute or even exciting are now a source of irritation. Often, spouses are tempted to call each out on their imperfections and focus on what is wrong. Instead of sharing goodwill and kindness, they turn towards contempt, criticism, defensiveness and stonewalling. When the negative replaces the positive, doubts surface.

This is the point at which the couple has a critical decision to make; do they consider the misgivings as threats to their marriage or use them as signals to come together and work on their marriage? If they choose the first, one or both of them will look for a rationale to step away from the other (we married too young, I wasn’t single long enough). If they choose the second option, they will lean into each other, mutually assess their relationship and search for constructive ways to reunite.

Research tells us that couples who choose resolution rise to a stronger and more intimate marriage and enter the final stage: mature love. This is where they rediscover their commitment to love and honor, to share fondness and admiration and to be helpmates, rather than sparing partners.

Couples should know that the romance/disillusionment/mature love cycle can happen several times during a marriage. That’s the bad news. The good news is that each trip around the cycle is shorter and less dramatic, because the couple know how to work together to rectify the doubts.

Alice Heinzen
Director for the Office of Marriage and Family Life

Related Items:Your Life
Share
Tweet
Share
Share
Email
Would there be any moral objection to obtaining the human papilloma virus (HPV) vaccine against the sexually transmitted virus that causes cervical cancer for my teenager?
Resisting Happiness
To Top