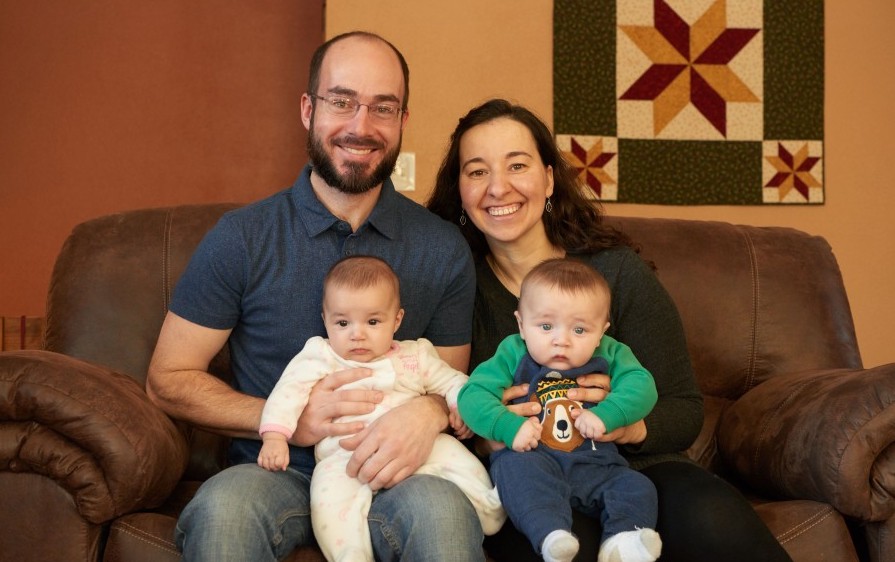 Church of the Resurrection Parish in Wausau

The light of Christ in the Eucharist and the love of the Blessed Mother have guided Mary Stankowski through life. Her devotion began as a young Catholic girl living in the United Arab Emirates and came with her to the United States when she began college at 17. The knowledge of Jesus strengthening her through the Eucharist and the Virgin Mary’s example example of love and patience kept Mary going while she waited for her vocation to begin.

“Most of my life, I’ve been in love with Jesus in the Eucharist,” says Mary, a member of Church of the Resurrection Parish in Wausau. “I remember my first Communion and how I was excited to receive Jesus. I knew that when I received Him, He was there, and I still feel that way today, every time I go to Communion. I also always felt like He was my best friend, probably since my first Communion. So, I tried to foster that relationship,” she says. “Honestly, my practice was to sit in front of the tabernacle (no exposition) after daily Mass to pray for 15-20 minutes, or I would pop into a small chapel and pray in front of the tabernacle.” Mary knows that spending time in the presence of Jesus is such an awesome gift that she makes sure to appreciate every moment she has with Him.

“I knew that when I received Him in the Eucharist at Mass, His body, blood, soul and divinity were fully present within my body. I had been told by someone that it took us something like 10 minutes to digest the physical eucharistic host, so I figured He was within me for at least 10 minutes, so I tried to give Him at least those 10 minutes and acknowledge the miracle that I have just received!” she says. “I was always amazed that the King of the Universe was humble enough to remain in the host and be locked up in the tabernacle for us, so I tried to spend that time with Him. Plus, I needed Him! This time of prayer helped me to grow in intimacy with the Lord and discern where He was guiding me.”

As she continued her work as a special education teacher, she felt it was rewarding, but in her heart, Mary felt God was calling her to be something more. “I always felt that I was called to marriage,” Mary says.

Her wait ended at age 35, when she married Nathan in 2015. The family of two became a family of four in 2016 with the births of Anthony and Amelia. Mary is now a stay-at-home mom for her 6-month-old twins, and cherishes her new life in all its glory. 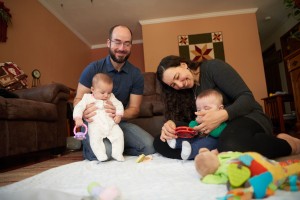 “I waited for them a long time,” says Mary. “I think when you wait so long to have a family and have kids, you can appreciate them more. It was really neat to think that God made our family grow fast. We are both open to life and having a bigger family.”

Mary has had to adjust from a single career woman to a married mother of twins. The winter found her spending lots of time at home providing for Anthony and Amelia.

“It’s been hard to get out of the house, but it’s getting better,” Mary says. “Whatever God gives you, He gives you the grace to get through it.”

Her devotion to the Blessed Mother has been a helpful guide now that she has children. “I ask Mary to be my mother,” says Mary. “To help me to be a good mother and be more like her and to give me her heart. She’s been a crucial part of my prayer life during the last ten years. Now it’s hard to pray without her. The Memorare is a very powerful prayer for me. I’ve gotten strong responses from her through that prayer. Her intercession in my life is undeniable.”

A cradle Catholic, Mary grew up in Abu Dhabi, United Arab Emirates (UAE). Her father was employed by a company in the UAE and the family belonged to St. Joseph Cathedral, one of only two Catholic churches in the country. 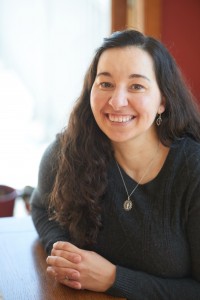 Mary’s family respected the rules and practiced their faith at home and in their church. St. Joseph Cathedral had a grotto to the Blessed Mother on its grounds, where Mary remembers her parents praying devotions. As Christian women in a Muslim country, Mary and her mother dressed modestly according to UAE custom for women.

Mary has fond memories of her life and friends in the UAE. Her family was part of a Christian minority in a Muslim world, and the experience gave her an appreciation for her Catholic faith and respect for the Muslim religion.

“Growing up in a Muslim country, my interactions and friendships with Muslim people were overall positive,” she says. “I have known some very devout Muslims who try to live a very holy life. They believe in a merciful God. We have more things in common than not in common.”

While she was growing up, Mary noticed and appreciated the depiction of women in the New Testament and how Christ interacted with women. She saw the respect and equality reflected in her family and it made her even more appreciative of her Catholic faith. Women in Arabic and Muslim cultures do not have all the freedoms enjoyed by most Christian women around the world. Thanks to her father’s treatment of Mary as an equal to her brothers, she felt a dignity she believes is deserved by every human being.

“I was always heartened by how Jesus treated women with respect and made them equals,” says Mary. “In Christ I felt I had real dignity as a woman. It confirmed my faith and that Christianity is the true faith. I was grateful that I was a Catholic.”

Coming to the U.S. for college opened Mary’s eyes to different nuances of her Catholic faith. Exploring different forms of prayer and being actively involved in her faith deepened after Mary graduated and moved to Milwaukee.

“It was nice not to defend my faith,” says Mary. “I was just reading everything I could. The more I read and the deeper I understood Catholicism, the more I fell in love with my faith. I was embracing this faith and I really want to live it.”

Her life in Milwaukee after college provided numerous opportunities to explore her faith, guided by Father Donald Hying (now Bishop Hying of the Diocese of Gary). She was in a youth group, celebrated World Youth Day in Canada and traveled on a pilgrimage to Poland. Her faith life was full, but she was still waiting for God to fulfill her vocation.

In Poland, she prayed in front of Our Lady of Czestochowa for guidance and patience. “I just felt like God was saying ‘Just trust and give me your life,’” Mary says.Returning to life in Milwaukee, Mary and Nathan found each other through CatholicMatch.com and knew God wanted them to be together. After a profound faith-inspiring trip to Poland, Mary found the man she was waiting for, who happened to be Polish. Bishop Hying returned to Milwaukee to marry Nathan and Mary on the feast of the Assumption in 2015 and start them on their journey together.

“I feel like Nathan is an answer and the fruit of my pilgrimage,” says Mary. “God had me wait for a really, really long time, and when He finally gave me my spouse, he gave me a very, very good man. He really rewardedmy faithfulness. He just gave me the most amazing man and better than I ever imagined. The love we felt made us understand God’s love in an even deeper way. Nathan always puts me before himself. He’s very much a servant. I prayed for someone like St. Joseph.”

Mary looks forward with great joy to the next chapter in her life. She knows the guidance of the Lord through the intercession of the Blessed Mother will continue to be powerful for her and her family.