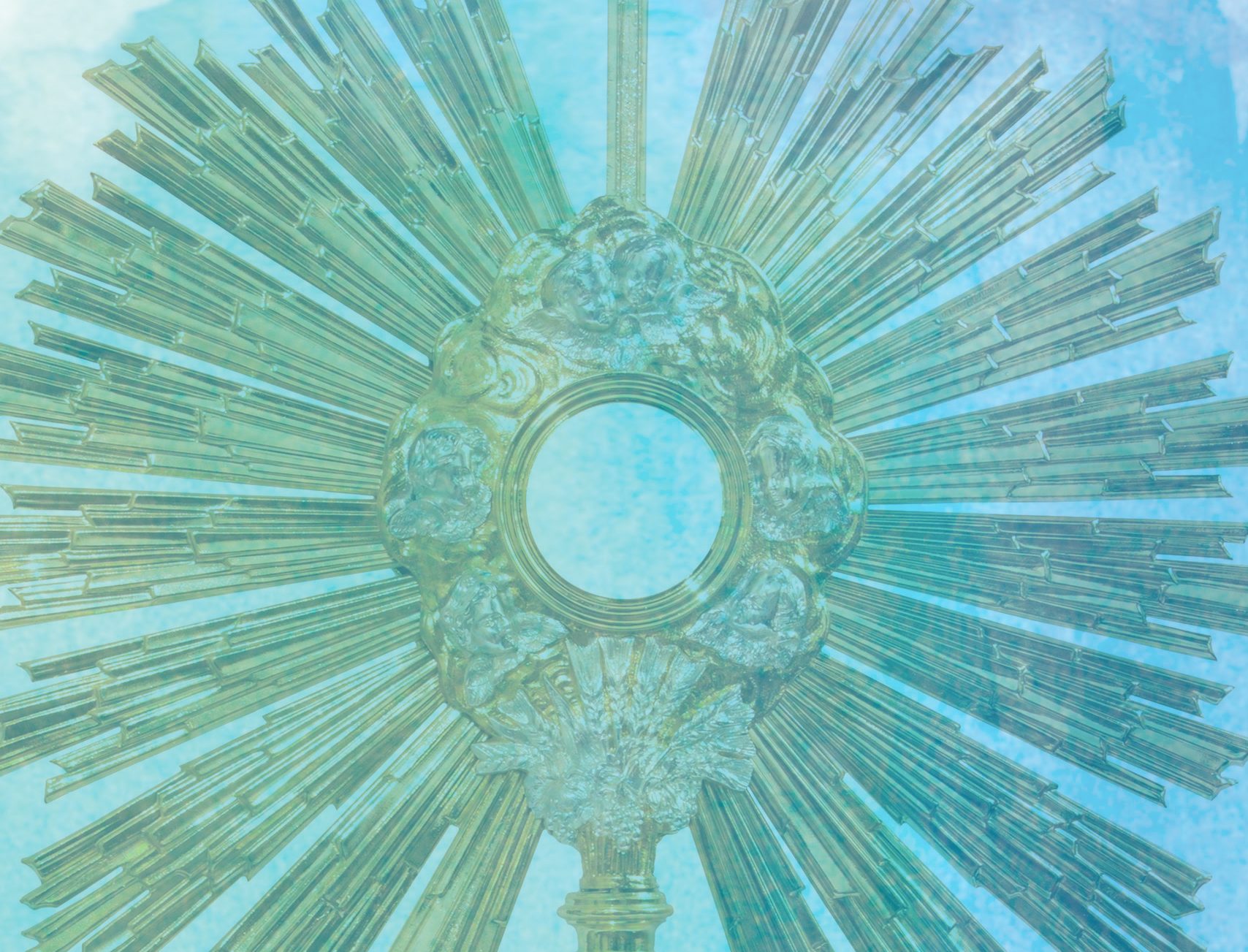 Chapel Road lies west of Stevens Point about as far as a person might want to walk on a nice spring day. Bordered by fields, farms and forest, the road evokes simpler times and beckons a reverent appreciation of God’s work. Man’s work, too, is evident in the straight lines of fences and fields, in the rows of crops and tilled earth, in the houses and barns. Locals know Chapel Road for the white deer that range near Holy Rosary Church, the sanctuary, which gives the road its name.

As a boy, Albin Zurkowski sometimes walked three miles to Holy Rosary for catechism class. During produce season, his parents took the family car to the farmers’ market, which left the kids to walk. Sometimes, Marie Czlapinski offered a ride, a Samaritan kindness Albin fondly recalls this half century later. “She’s a dedicated woman, used to being kind to everyone.”

“There is no more peaceful time on this earth than to be before the Blessed Sacrament. The Lord is there.” 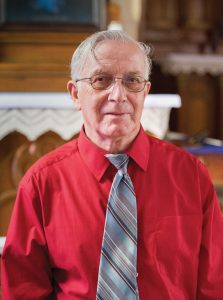 Albin worked the home farm as a young man, taking a military deferment to help in his aging parents’ dairy farm. Evening milkings served as the perfect opportunity for the family to pray together, and a person led them through the rosary over the radio. Albin’s rosary intention was that, one day, he might find a spouse. His prayers were answered with Deborah, who became his wife, the mother of their children (Jeremy, Kimberly and Jeffrey) and now a grandparent. “The Lord answered my prayers with this good, honest woman.”

Not long after Albin and Deborah were married, Father Dockendorff, their celebrant, approached them before Mass. “He asked us to bring the offertory gifts up. He invited us to participate. That meant a lot to me. He was ‘old school’ when it came to sermons, but if you worked with it, well, his words have helped me live a good Christian life.”

A good part of Albin’s life, both past and present, centers at Holy Rosary Parish. Its brick exterior may have been laid by his grandfather’s hands. Now, his grandfather lays in peace, with other deceased family members, in the church’s cemetery. Their headstones mark, in neat rows and crosses, faith in eternal life as an enduring parish presence. Though small and serving fewer than 100 families, Holy Rosary remains vital. Parishioners genuflect on its wooden floors for 8:30 a.m. Mass on Sunday. Many, like Albin, arrive early to pray the rosary; on Fridays during Lent, they attend Stations of the Cross. Albin leads the stations, but finds the new devotions difficult. He said he is more accustomed to older versions with simpler words. Even though he may stumble, he labors on.

“God doesn’t care if I get the words right. And the others are like me, they know what each station means.”

Albin attends first Friday services at St. Joachim’s in Pittsville. There’s a rosary, Mass, the Chaplet of Divine Mercy and adoration of the Blessed Sacrament. Afterwards Albin retires the Eucharist to the tabernacle so Father Robert Nelson can make rounds among the homebound. And each day at 3 p.m., Albin pauses in prayer to remember Jesus’ Passion, praying the Chaplet of Divine Mercy.

“I continuously pray,” he says. “When I read a prayer, I try to comprehend what the prayer is telling me. If you get the message out of it, then you see what God meant in giving it to us.”

Today, Albin lives to fulfill a dream, a call, he says, to “teach the people how to pray.” Explaining his calling is difficult for Albin, but when asked about personal prayer, his answer comes easily, direct, assured and plain.

“There is no more peaceful time on this earth than to be before the Blessed Sacrament. The Lord is there. The blessing is there, just for the going. There is nothing more rewarding than being that close to Jesus,” he says. “If you stop to think about it, everything we have in this country, we are so blessed. He has a special love for us. A friend is somebody we want to spend time with, and we make time to spend with them. Jesus is the best friend you’ve got! Not just by dying, but giving us the sacraments. They’re the only way. That’s how much He loves us. “Holy Rosary Parish’s pastor, Father Nelson, says of Albin, “He’s a defender of the faith, even more Catholic than I am!” There is, perhaps, a note of rivalrous affection behind the compliment. “He’s so serious,” says Father Nelson, but he upholds Albin as a person living his life in faith. Albin, in this smallest of parishes, unreservedly offers his gifts. He goes through life, living out the words and example of the great teacher, Jesus. “Greater love has no man than this, that a man lay down his life for his friends.”