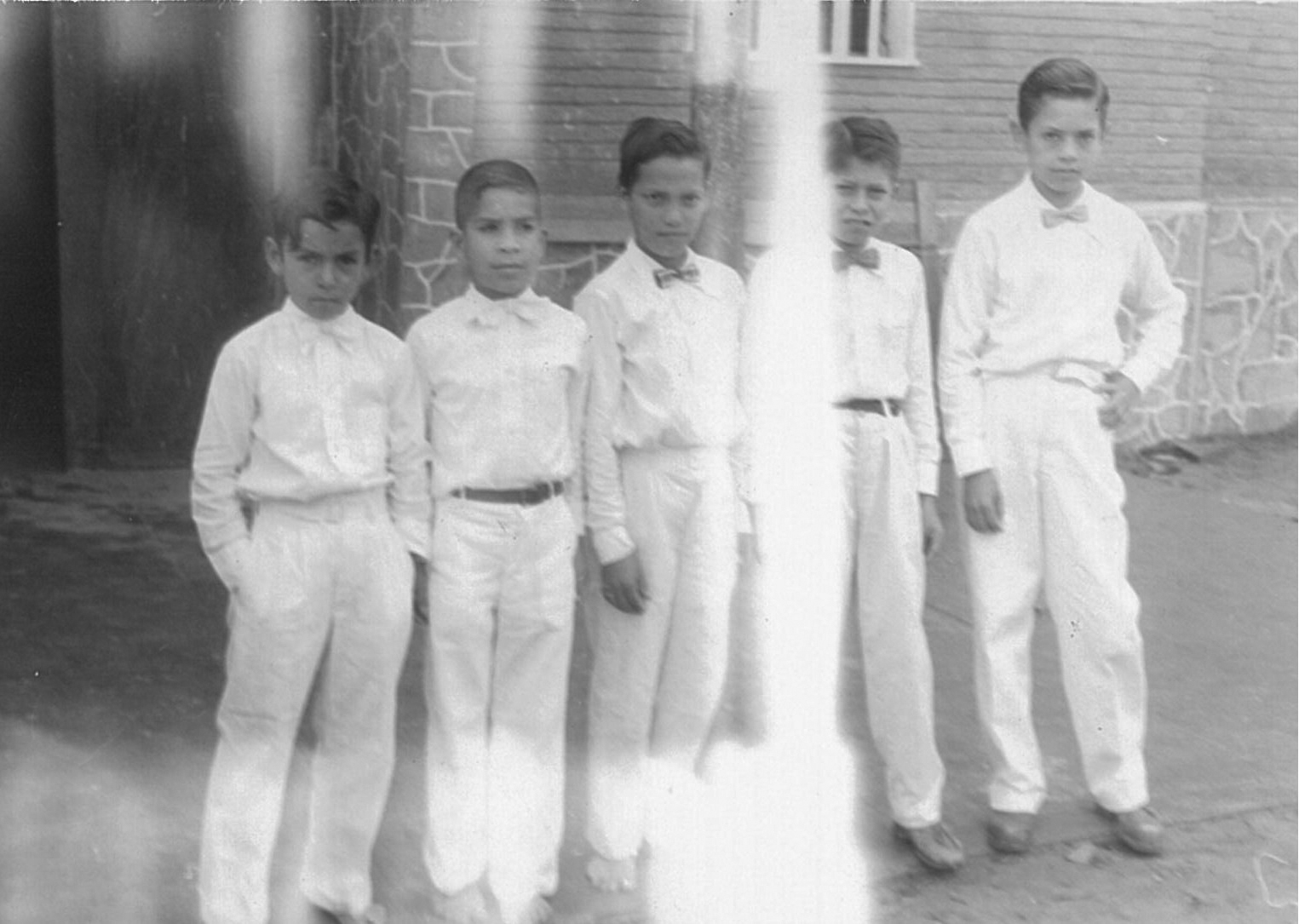 May 3, 1958, was a big day for Father Joe and his parishioners in Bolivia. They were planning the dedication Mass for the new church in Santa Cruz, built in part with the $20,000 Lenten donation from the Catholic students in the Diocese of La Crosse. Father Joe was also preparing 50 boys and girls for their first holy Communion. However, Father Joe soon realized there was something holding these children back from receiving their first Communion: appropriate clothes. Father knew that many would fail to appear for their first Communion out of shame and embarrassment if they did not have the proper clothing for the occasion. Many families in Bolivia could not afford to give their children new clothes for this event. Father Joe was not going to let that obstacle stand in the way of these children receiving the Eucharist, so he reached out to his home diocese for help. He asked the people of the Diocese of La Crosse to help him “to bring closer to the altar the people who have been without the altar for so many years.” 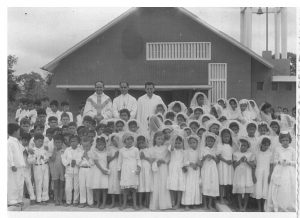 In response to his request, members of the La Crosse Council of Catholic Women made and shipped nearly 150 sets of first Communion dresses and suits and other articles of clothing, plus rosaries and medals to be used by Father Joe’s children for their reception of the Eucharist. Father Joe, in his zeal for souls and his determination to respond to this immediate situation, brought people from La Crosse and children and their families in Bolivia closer together, and closer to Jesus Christ.