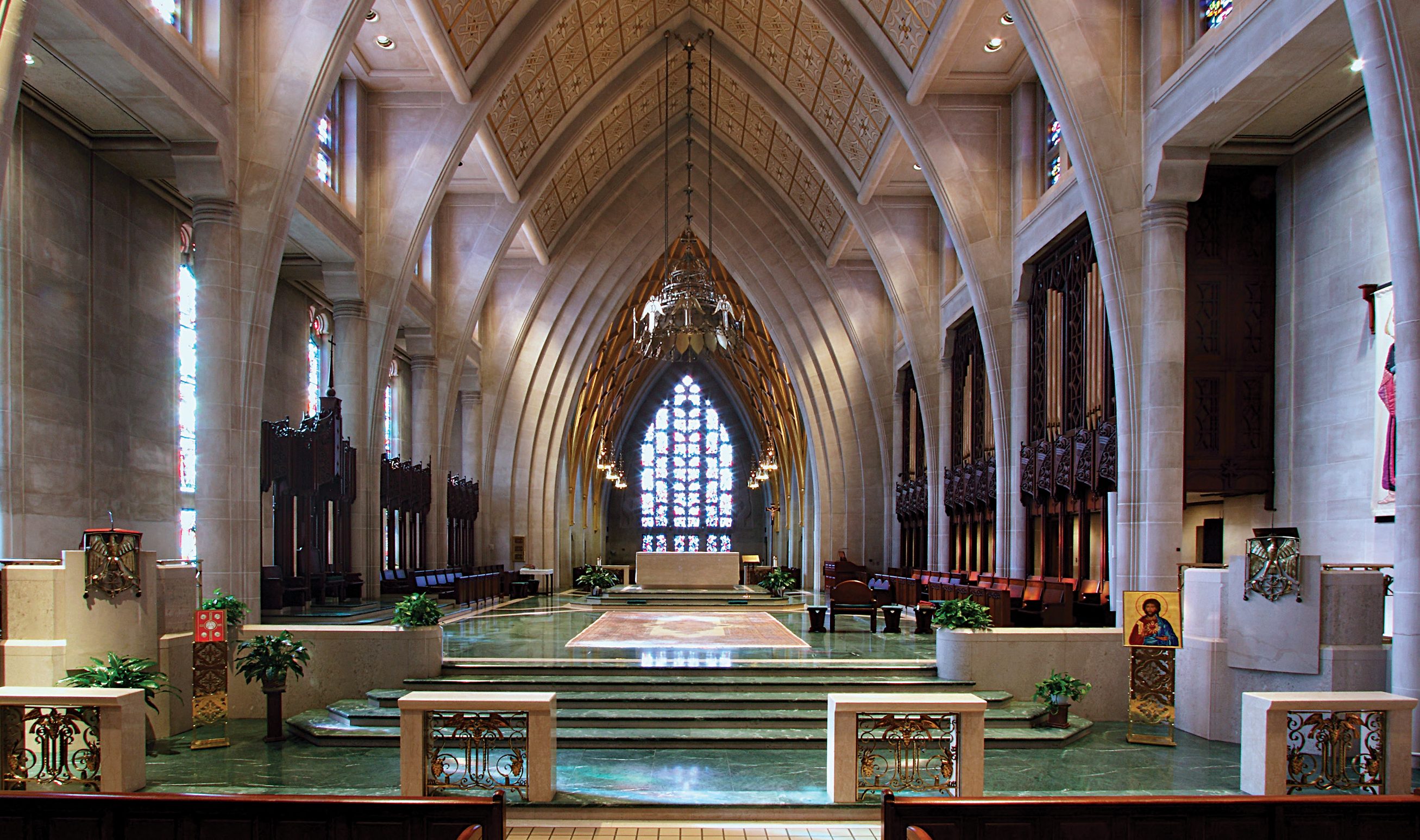 There is not one window, one altar, one column, one piece of work in this cathedral without immortalizing the generosity of someone who contributed to its building. Each sacred vessel, each statue, each thing of beauty or devotion in this cathedral immortalizes someone’s faith, someone’s hope, someone’s charity, someone’s devotion to his beloved dead, someone’s prayer for his friends or kinsmen alive, someone’s gratitude to God for a blessing received or confident petition of a mercy desired. Every nail, every stone, every element bought or ornament paid for is someone’s act of adoration, reparation, petition, or thanksgiving. This cathedral is the indestructible, monumental accumulation of the prayers, the hopes, the ideals, the acts of faith … of all the people of the Diocese of La Crosse. It is the sanctuary in which a people speaks to God.

Excerpt from Cardinal Cushing’s homily at the dedication Mass of the Cathedral of St. Joseph the Workman on May 13, 1962.

I am not a historian by education or desire. In my early education, history was an exercise in the memorization of dates, signing of documents, battles, wars won and lost, etc., without much detail of those who had significant contributions to the importance of those dates. When historical people emerged, and connections became apparent, history was a little more interesting for me, but I remained basically a scientist at heart, looking only for the facts. However, my curiosity was piqued when I was given a challenge in 2004 laced with a bit of mystery. The simple answer to a simple question: “Where are the old cathedral windows?”

My quest for that answer led to many hours looking at letters, papers, bills and memos, and talking with professionals and several diocesan priests. During this same time, I was asked to be a tour guide for our present cathedral — more questions for which I did not have answers. St. Joseph Parish was formed in 1863, five years before the diocese was established; the Cathedral Parish celebrated its sesquicentennial first. In 2010, plans for that celebration began with a lot of historical facts — sterile facts. It was obvious that people were responsible for those facts, but who were they? What were their stories? A commemorative book of the parish was written — A Landmark of Faith 1863-2013 — to tell the story of so many that came to the region, made their lives here and remained steadfast in their Catholic Faith.

As time progressed, preparations for the diocesan sesquicentennial began. Once again, there was a desire to have a publication to mark this time in our diocesan history. The pictorial book Feed My Lambs is written for the people of the diocese primarily by the people of the diocese. It is important for us to know our history as we plan for our future. The book is organized to be read at leisure in a chronological format, giving the reader a sense of how the diocese grew geographically with the westward development of the infrastructure of the country and its abundant natural resources. 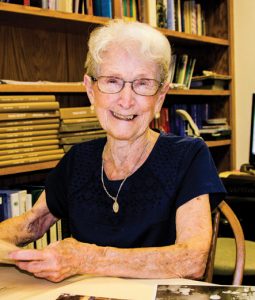 Ann Malin has volunteered during this sesquicentennial year to preserve the history of our diocese for the education and enjoyment of future generations. Thank you, Ann!

Feed My Lambs is divided into 10 chapters, with the first a brief history of our state and the parishes that were established before 1868. Subsequent chapters are organized around our bishops and the parishes that were established during their tenure. As you read through the book, here are some collective thoughts and impressions to keep in mind.There are nearly 30 parishes still in existence that were established prior to 1868, and by the early 1950s, about 75 percent of the present-day parishes had been built. Coinciding with this growth was the zeal demonstrated by the parishioners’ energies and will to build churches and schools. Their determination to have a place of worship was seen in their personal contribution of materials, funds and labor.

In particular, the parishes (about 25%) that had fires to either churches, schools or other parish structures stand out with the rapidity with which they rebuilt, sometimes multiple times. Notice needs to be given to the number of religious orders that served in schools and hospitals. Scattered throughout the book are reproductions of actual documents and prayer cards.Our diocese is rich in its history and blessings. Many relatives of those who have built this community of faith are still in contact looking for information and sharing family history and stories. Where are the windows? They are still missing, but they inspired me to learn firsthand about the faith-driven people of the Diocese of La Crosse.