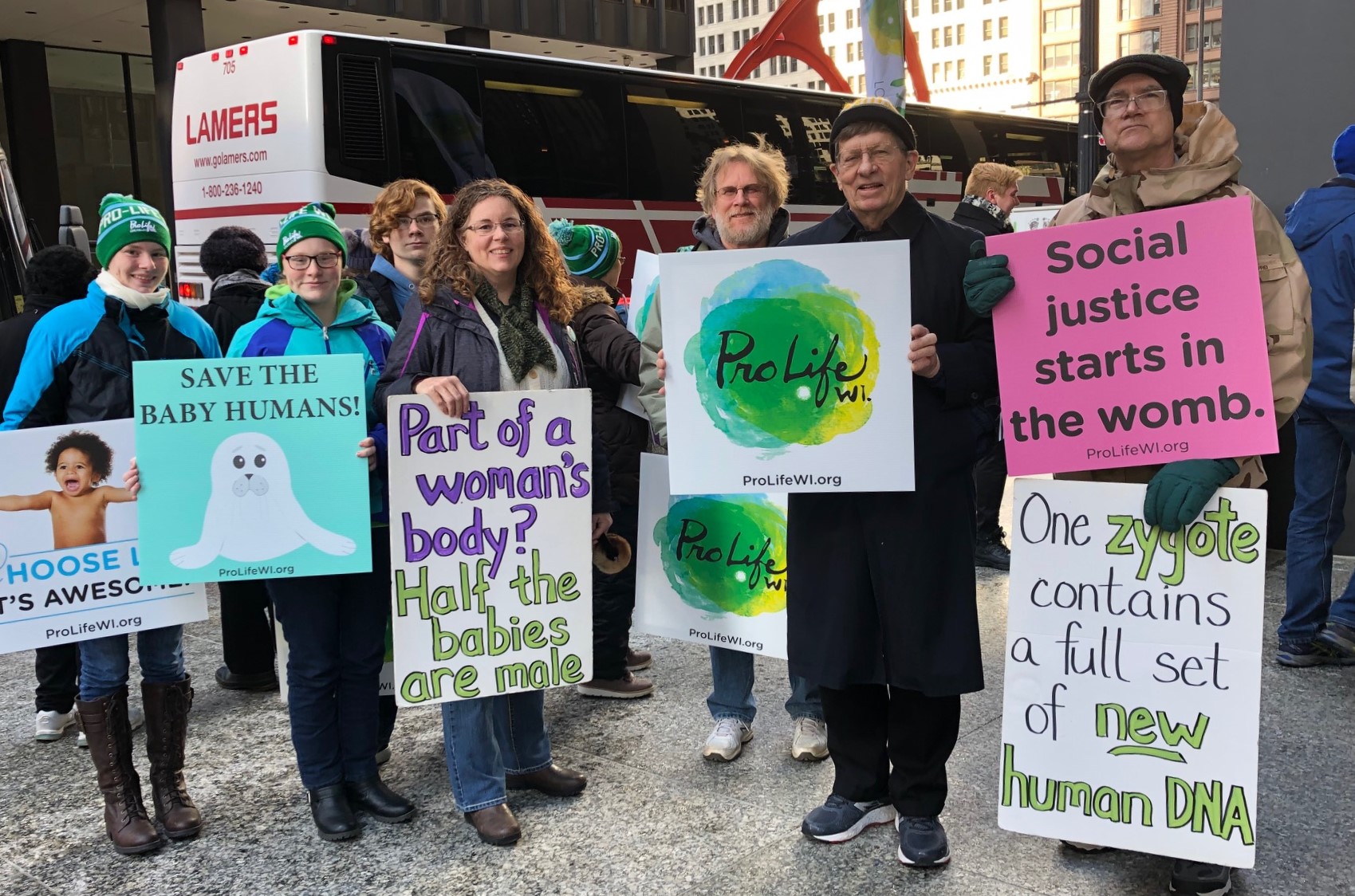 Twenty Tomah residents joined 28 from La Crosse and Onalaska on a March for Life trip to Chicago on the 46th anniversary of Roe vs. Wade. 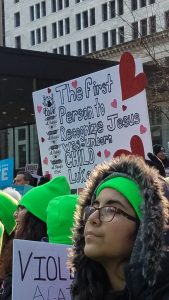 Thousands of people gathered at the Federal Plaza in Chicago on Sunday, January 13 for the annual March for Life to protest the U.S. Supreme Court’s Roe vs. Wade decision 46 years ago. The backdrop featured Alexander Calder’s red flamingo sculpture.

A strong contingent from western Wisconsin boarded one of six buses leaving from various parts of the State to join the March. The La Crosse bus picked up a group of 20 from Tomah and other buses left from Green Bay, Wausau, Appleton, Brookfield, and Cedarburg. Caravans of buses from Illinois, Michigan, Indiana, Ohio, Missouri, and Iowa made their way to Chicago.

The 2 PM rally, held under a bright sky and mild temperatures, featured several speakers who hit on this year’s theme, “Unique from Day One.” Appropriately, the symbol was a single human fingerprint. 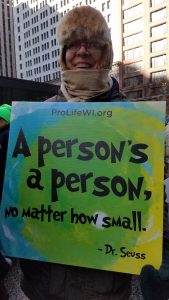 “There is nothing more important that protecting life,” said U.S. Rep. Dan Lipinski, a Democrat representing Illinois’s 3rd congressional district. In his rousing address, Cardinal Blase J. Cupich said, “We are taking another step to ensure that all human life is safe and everyone is part of the human family. This is a March for today and through time.”

A young woman speaker, holding her daughter, talked about declining an abortion even though friends urge her to go ahead with the procedure. 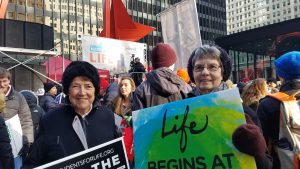 Following 45 minutes of well-received speeches, pro-life supporters marched nine blocks through downtown, up Dearborn Street and down La Salle. Chicago police kept a small group of counter-protesters from interfering with the March for Life.

Story and Photography by Larry Scheckel