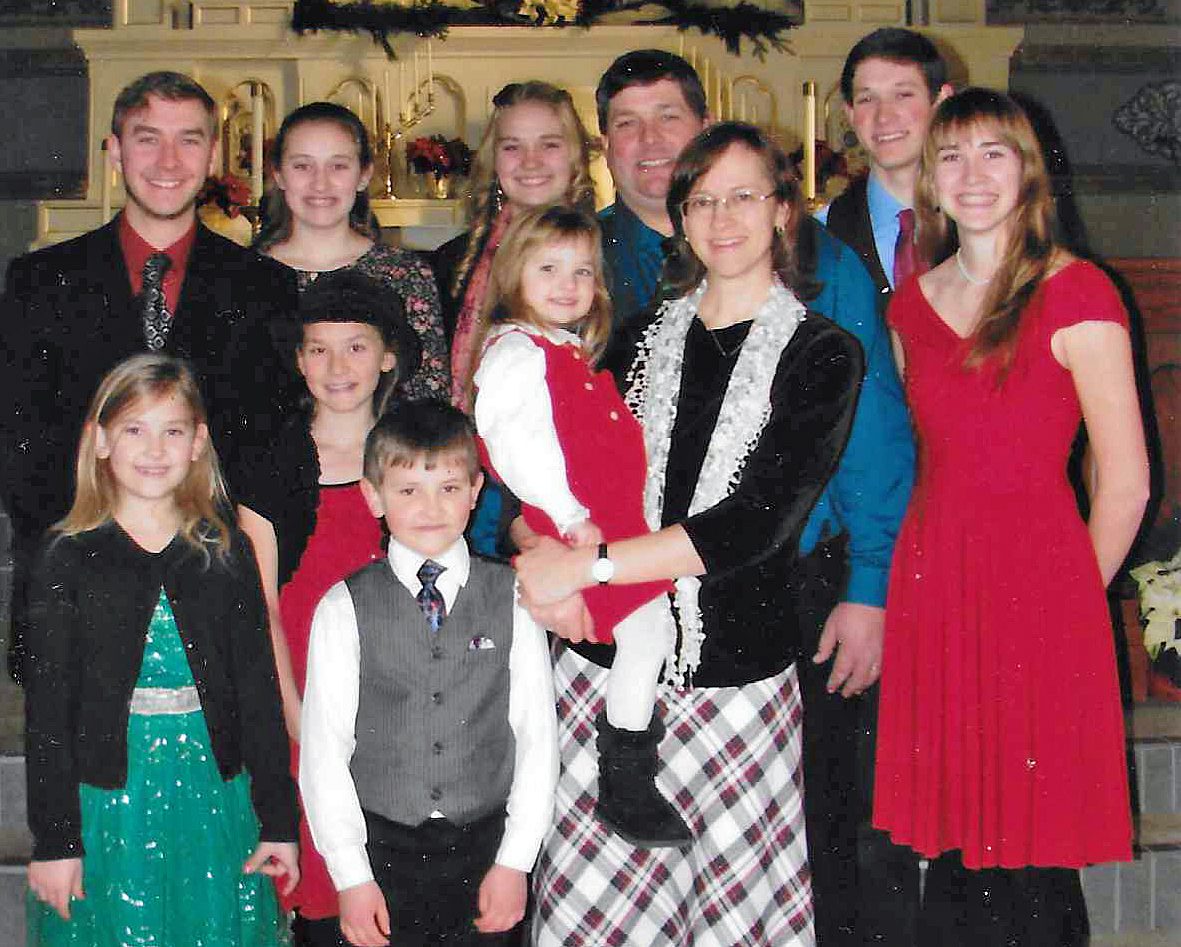 Russ and Sarah Ruf with six of their children.

Family – a word spoken differently in every language, nevertheless bearing the same meaning throughout the world. Images of a home filled with children and sounds of laughter and joy come to mind. It may evoke memories of days gone by, or aspirations of days to come. 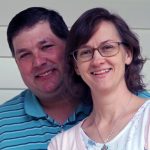 Sadly, the institution of family is under attack in our society. Attempts to change the dynamics of the family unit continue – dynamics contrary to God’s Plan. The Bible’s teachings on marriage, children and family are clear. But, these teachings are criticized by the “me” society influencing many households, and the conveniences of today’s world.

Russ and Sarah Ruf have overcome society’s influences and are a living testament to the definition of “family.” Married for 24 years, the Rufs are proud parents of nine children and live on the family farm just north of Chippewa Falls.
“Thankfully, God blessed us with a large family. We see them all as gifts,” exclaims Sarah. “It’s something we both wanted.”

Russ adds, “With each one you wonder if you have time for another one. But, when the next one comes, it’s like life would never be the same without them.”

Russ and Sarah homeschool their children. Russ believes the advantages of homeschooling help “In keeping that parent pressure instead of that teen pressure” on the children. “Homeschooling allows them to not be locked into one age group.”

“A big part is they’re all together,” comments Sarah. “They have friendships with each other. Not only are the kids taught their Catholic Faith, but they live it.” 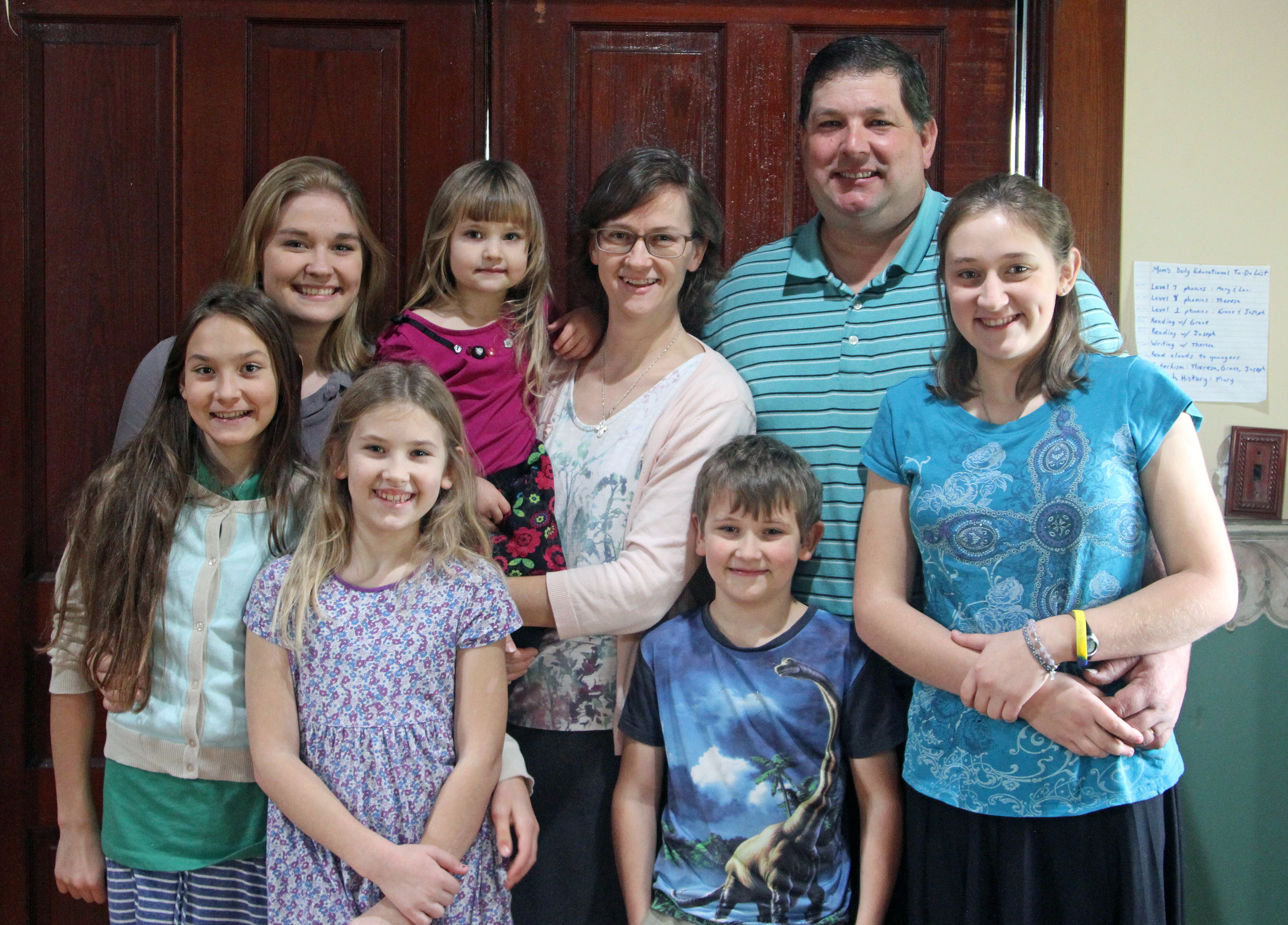 The family is active at the Church of Notre Dame in Chippewa Falls. The girls sing in the choir and the boys have been altar servers. The children have attended the March for Life in Washington, D.C., and are involved with missionary work,including Chalice of Mercy. 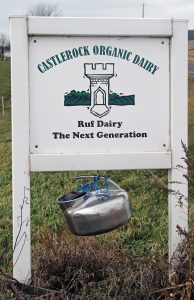 Russ sees how missionary involvement helps his family. “They see the greater Church in need – they see the world suffering. We don’t have great wealth, but they see what we have and they see there are more people out there that don’t have that. Because of that love for life, they want to be charitable with their efforts. They want to go out and be missionaries to the world. They want to go out and bring Christ to nations. That’s what homeschooling has done more than anything – protect that desire to be Christ-like.”

The eldest siblings are following the Faith taught by their parents. Christian attended St. Mary’s Seminary to discern God’s plan for him. He now teaches theology at McDonell High School in Chippewa Falls. Emily and John are students at the International Theological Institute (ITI) in Austria. ITI was founded in 1996 at the request of Pope John Paul II.

The Rufs embrace their large family. Sarah believes, “Being part of a large family is a silent witness. When the children were younger, people would come up to me and ask how I do that.” Others would comment to her that they’d wish they’d have more patience or more kids. “The silent witness is to see children as a blessing.”

Russ and Sarah not only teach Faith and values, but also live them. They look upon their marriage as a life-long commitment. “God makes our marriage work,” Sarah believes.

“Children are saint makers – just as marriage is,” Russ laughs. “During our date nights we have a list of things that help us brainstorm. Communicate. You have to listen and understand what the other is saying. You will still have miscommunication. But, stop and listen.”
Even with the Rufs’ Catholic Faith guiding their church involvement, missionary work, daily Mass and Adoration, Russ and Sarah have had to overcome adversity throughout their lives. 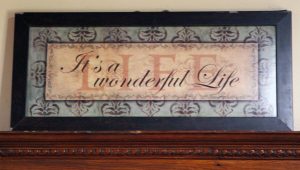 Theresa, now 11, was born six weeks premature. At 22 weeks of pregnancy, Sarah developed serious complications. About this same time, she read of a woman who was also 22 weeks along, but chose to have an abortion. “It was heart-wrenching reading of a baby that was aborted at that age. We wanted our baby to live, but someone else didn’t want theirs. I couldn’t wrap my head around it,” Sarah recalls. The complications of her pregnancy taught her that “life can go on without me.” The most important thing at that time for her was to preserve the life inside her.

Russ was raised in a strong Catholic family and grew up on the family farm with his four siblings. Before he was born, an older sister died of complications from a tonsillectomy.

In 2015, Russ’s father, William, was ice fishing near the Glen Lock Dam north of Chippewa Falls, when another fisherman fell through the ice. In an attempt to save the man, William drowned. Russ recalls, “There was a young man who spent that afternoon with my dad and he came and talked with our family afterward. He didn’t know me but he knew my dad. Therefore, he knew me. He told me my dad spent the afternoon talking about his family.” Like father, like son – family was also the most important part of William’s life. Russ’s mother passed away one year later.

Despite the tragedies and hardships of life, the Rufs’ Catholic Faith and love of life provide them everything they desire. They are a living testament to God’s Plan and the love of family.

According to Russ, “In the words of Jesus – today has worries of its own. You don’t have to worry about tomorrow. Live in the moment and quit worrying about what tomorrow has to bring. Tomorrow may never come.”

“Children are saint makers – just as marriage is.” — Russ