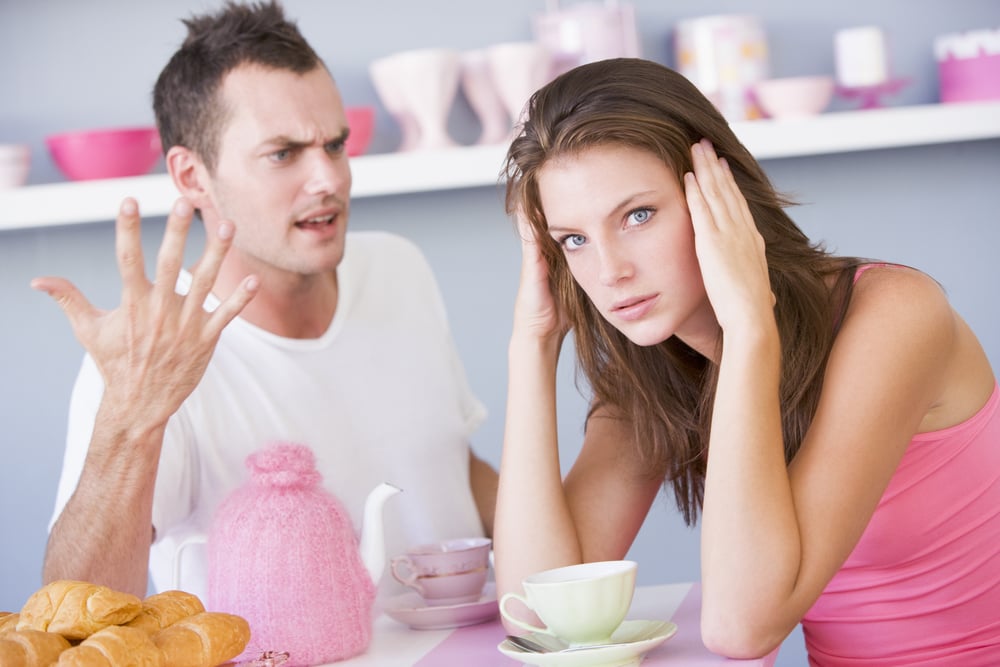 We all know that even the closest of spouses or the best of friends will disagree. Whether it is politics or how to fold a bath towel, there is no limit to the number of issues that can spark a diversity of thought between two persons. The question is not “will we ever disagree?” but rather “how will we handle the disagreement?”

A marriage enrichment group addressed this issue recently. The skilled facilitators offered a template that couples can use when they want to tackle a topic where each person has a differing viewpoint. The model they used cut out the potential for emotions to flare. The template offered the participants a way to express their point of view in a manner that can be clearly heard.

The couple showed everyone a 5 point strategy. To make the strategy easier to remember, the couple suggested that those participating dedicate one point to each of the fingers on their hand. The first point (assigned to the thumb) focuses on perceptions about the issue. The second point (first finger) concentrates on the interpretation of the perceptions. Point three (middle finger) ponders the feelings that bubble up during the discussion. The fourth point (ring finger) focuses on the wants or wishes that the person would like to happen. The fifth point (last finger) is dedicated to the actions that should take place.

The facilitators followed the explanation of the strategy with an example of how to dialogue as a couple through an issue. In the example, they showed how spouses can intentionally discuss an issue by breaking it into these 5 steps.

Let’s go through an example that will give the strategy more meaning. Let’s say that a couple is dealing with a home organization issue. Every time someone pulls a new towel out of the linen closet, all of towels tumble out. The husband is the one that is very frustrated with the issue. His perception (point one – thumb) is that his wife (who does the laundry) could care less about how towels are folded or how they are stacked. The wife’s perception is that this is not a big issue. If the towels tumble out, just shove them back into the closet.

In order to think more clearly about this, both spouses ask the question, “What am I thinking about this?” (Point #2) The husband’s thinks his wife is unconcerned with household organization. The wife thinks that the time it takes to precisely fold towels to prevent the avalanche is a waste. Each spouse talks more about what they think.

As the talking continues, emotions bubble up that need to be expressed. Both spouses explain how they are feeling about the issue (third point). Both share their feelings of frustration and follow this exchange up with restating what they heard the other say. (Note: this reflective listening is very important!)

Now that the issue is clearly on the table, both spouses talk about what they want to have happen. (Point #4) In this discussion, he learns that part of the problem is that the shelf that holds the towels is too high for his wife to easily reach and that it is too narrow to accommodate all of the towels. His wife is willing to change how she stores the towels if there was a better way to do it. She learns that her husband has been spending precious time each morning reassembling towels that fall out. Taking the time to clean up the mess slows up his morning routine and occasionally makes him late. He doesn’t want to be late.

With more discussion, the couple comes to some action decisions. (Fifth point) They arrive at two simple solutions. The first is to get rid of towels that don’t need to be on the shelf which will give them more room and they decide to roll rather than fold the towels so that they can’t cascade out when a towel is pulled.

Granted, the issue that was addressed here is relatively innocuous. Yet, it does illustrate how a couple can discuss differing viewpoints and arrive at a workable solution when they break their dialogue into 5 steps. Addressing an issue in 5 sections (perceptions, thoughts, feelings, desires, actions) curbs the drama and facilitates practical results.

You can connect with Alice at [email protected].