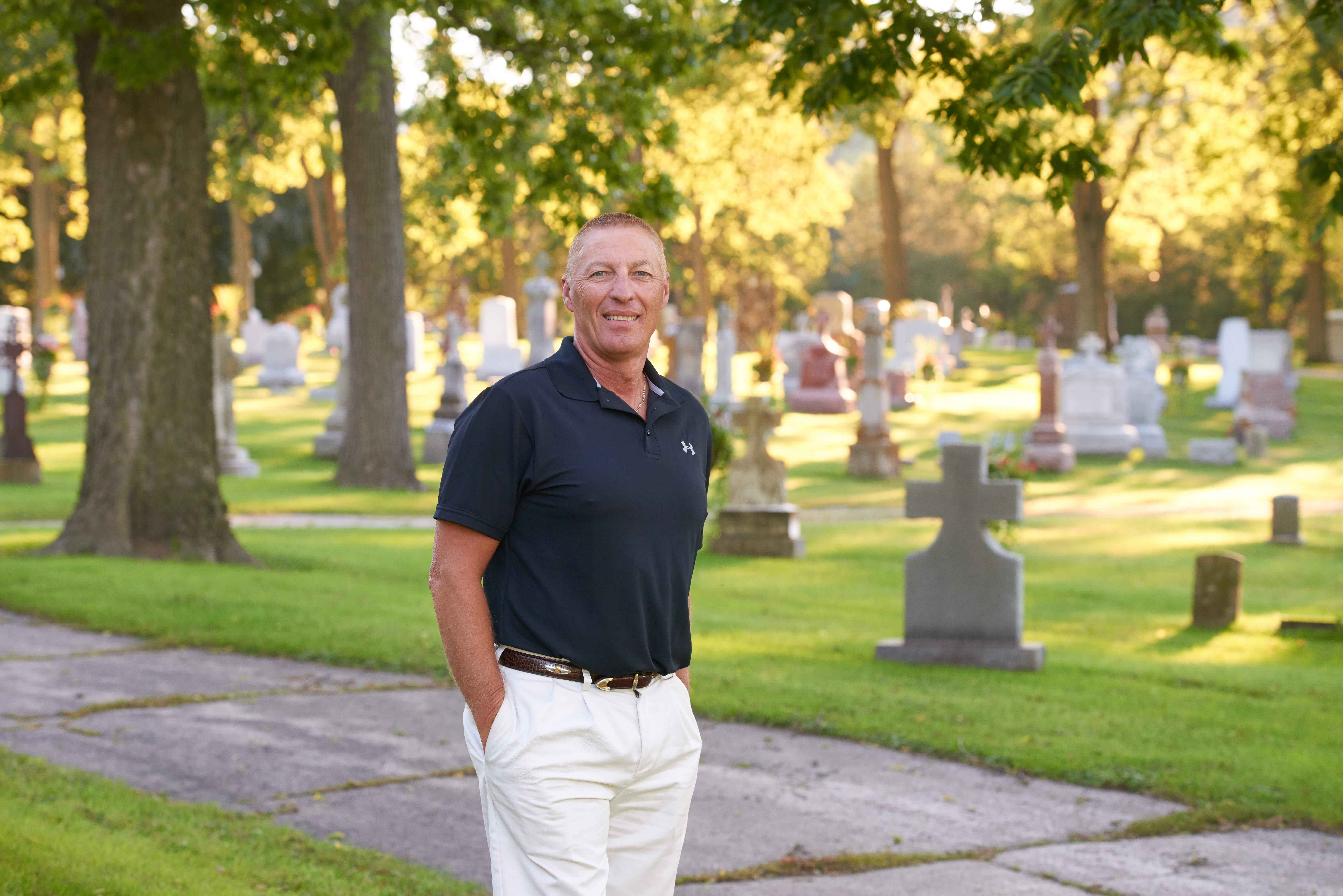 How prepared are you for death?

We realize death is an inevitable, natural part of our life cycle. We do not know when our hour of death will arrive. “But of that day and hour no one knows, not even angels of heaven, nor the Son, but the Father only.” (Mt 24:36). It is best therefore to be spiritually prepared, as Scripture tells us, and also practically prepared by having our last wishes made known to our loved ones, sparing them having to make these decisions and asking, “I wonder what Mom would have wanted? What would Dad have done?”

As human beings, we tend not to think about our death, much less plan for it. Consider this: Haven’t we always tried to make life a bit easier for our loved ones? Wouldn’t having our desires made known and taken care of ahead of time do just that — alleviate this task for our loved ones at the time of our death?

Today, more than half of the burial spaces purchased in Catholic cemeteries are made in advance of death (pre-need). This shows both a sense of thoughtful planning and economic wisdom. Decisions made now will be your own, giving you peace of mind today and peace of mind to your loved ones later. A pre-need burial selection may be made calmly and responsibly.

Catholic cemeteries stand as a sign to the world that even in death Catholics believe in life.

The Church maintains Catholic cemeteries because both in life and in death we belong to the Lord. (Rom 14:8). Just as the faithful have shared and celebrated their faith in the community of the Church, so in death their bodies rest with other deceased members of the community, waiting for the day when God will raise their mortal bodies to glory. Catholic cemeteries stand as a sign to the world that even in death Catholics believe in life.

In a busy world the desire to do things well, spiritually and sensibly, is often complicated by practical matters such as time, money and knowledge. Nothing ever seems as easy as it appears. This is as true when planning for a family burial place as it is of anything else. It can become more complex, however, because most will do it only once in a lifetime.

The customs for burial vary from culture to culture. As Catholics, we believe life is a gift from God, and the body is a temple of the Holy Spirit to be treated with dignity and respect. We believe death is the beginning of eternal life and hope for the Resurrection as Christ rose from the dead.

In the world today, cremation has become more common. While the Church first frowned upon cremation, preferring full body burial, on July 5, 1963, in an instruction titled Piam et Constnteum, the Holy See stated that cremation is “not opposed per se to the Christian religion,” as long as it is not chosen in hatred of the Catholic religion or denying Christian belief in the resurrection of the body.

Since that time, a number of practices have begun to develop with regard to cremated remains. Some no longer value or understand the importance of burying cremated remains in a Catholic cemetery or other suitable sacred places. Some people have been scattering cremated remains or putting them on a mantle of a family member or dividing them in jewelry and distributing them among family members and friends. With this being said, the Congregation for the Doctrine of the Faith, with approval of Pope Francis on Oct. 25 2016, published a document titled Ad Resurgendum Cum Christo (To Rise with Christ) providing clarity on the Church’s teaching regarding the burial of cremated remains.

The Vatican document emphasizes the importance of placing cremated remains in a sacred place so that, over time, loved ones will not be forgotten and their remains will be treated with the dignity and respect they deserve. This document has become a necessary resource, as cremations are increasingly used around the world, along with the rise in beliefs and practices that are contrary to Catholic doctrine on death, burial and the afterlife.

Nothing has changed in Church teaching. This document is a necessary restatement of previous guidelines due to the widespread mishandling of cremated remains. It is highly suggested that you read this document and use it to answer your questions involving cremation and the Catholic teaching. You can find this document at diolc.org/rise.

The Catholic cemetery is an expression of faith, an extension of the parish community and a life-affirming response to the universal mystery of death and resurrection.

When choosing a place for burial, whether for traditional or cremation burial, choose a sacred place, A CATHOLIC CEMETERY.

Prayer for Visiting a Cemetery

by Peter Ryan of the Diocese of Rockville Centre.