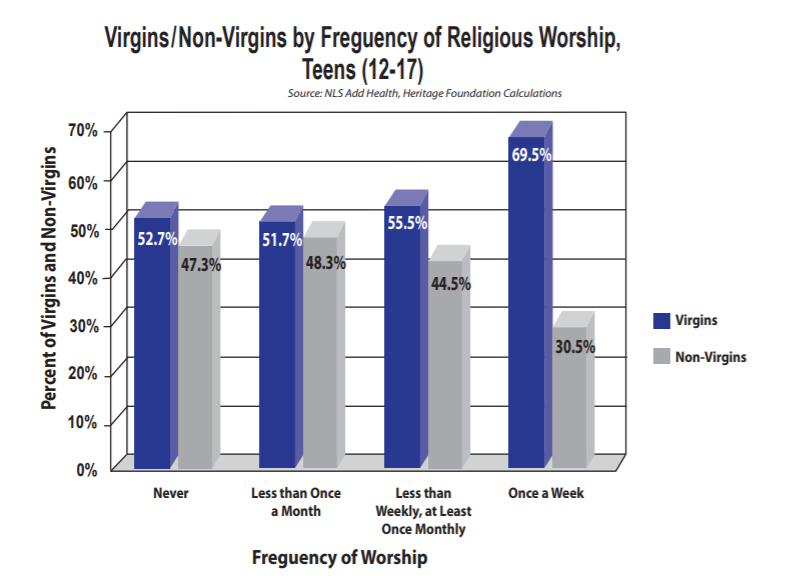 “Let marriage be held in honor among all, and let the marriage bed be undefiled, for God will judge the sexually immoral and adulterous. Keep your life free from love of money, and be content with what you have, for he has said, “I will never leave you nor forsake you.” Hebrews 13:4,5

Remaining chaste until marriage is not some abstract or unattainable goal. Our Lord’s request and command is a real possibility according to the Bible and social science research. Adolescents who are more religiously involved are:

• Less likely to have first intercourse at a young age or outside of marriage, • less likely to condone premarital sex,
• more likely to be virgins and to cite religious belief as their number one reason for being so, and
• more likely to express regret over sexually intimate experiences if they have been so involved.
• Friends can be a very powerful influence as well. The strength,or lack there of, of friends ’religious beliefs can bean influence for good or ill when it comes to premarital sexual activity.

Though friends and religious beliefs influence adolescents’ sexual choices, as a parent, you have the strongest voice. Is there any message your child needs to hear from you now about these issues?

The following chart shows that teenagers who worship have a higher percentage of being virgins than do those who never worship.