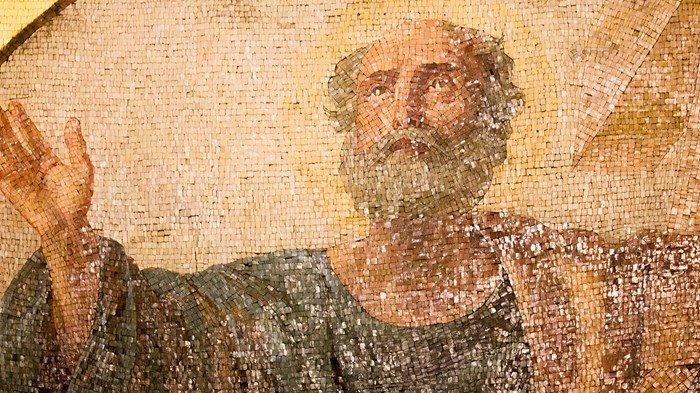 Building upon the five thresholds of conversion Sherry talked about in previous columns, she now offers encouragement to the lay members of the Church to be apostles. More than just active members, lay apostles are called to use their gifts, in proportion to one’s ability, by helping others in their life to encounter Jesus and deepen their commitment to Him. By virtue of our baptism, all are called to a life of greatness for the mission.

Most Catholics don’t know that Pope Pius XII was a great champion of the term “lay apostle.” In his address to the Second World Congress, Pope Pius XII referred to “lay apostles” 23 times. In fact, he observed that, in 1957, “‘lay apostle’ is one of the terms most widely used in discussing the activities of the Church.” 1

Five years earlier, in 1952, Pius XII had spoken of his intense desire for huge numbers of both priestly and lay apostles:

We would love to have vast phalanxes of apostles rise up, like those that the Church knew at her origins … and next to the priests, let the laity speak, who have learned to penetrate the minds and hearts of their listeners with their word and love. Yes, bearers of life, penetrate, in every place—in factories, workshops, fields—wherever Christ has the right to enter. Offer yourselves, see yourselves among your own kind, in diverse centers of work, in the same houses, closely and tightly united, in one thought and desire only. And then open wide your arms to welcome all who come to you, anxious for a helpful and reassuring word in this atmosphere of darkness and discomfort. 2

The pope was calling the laity to be magnanimous. The virtue of magnanimity is the aspiration to do great things, to bear great fruit for God and His Kingdom. Pope Pius XII knew that St. Thomas Aquinas called magnanimity the “ornament of all the virtues.” 3 The magnanimous person has the courage to seek out what is truly great and become worthy of it.

When I first encountered the idea that aspiring to this sort of holy greatness was considered to be a virtue by the Church, I had difficulty taking it in. Saints do great things for God. But aren’t ordinary lay Catholics supposed to be humble and not presumptuous, to minimize our abilities and significance, and avoid big expectations?

As we have observed hundreds of times in the Called & Gifted discernment process, even the idea of having charisms and being anointed for a mission unnerves many lay Catholics, especially those who are older. Believing that God might do something genuinely important and supernatural through them seems to lack humility. Over and over in the course of helping laypeople discern their charisms, they have told me of their deep belief in the virtue of living small and expecting little of God. As one particularly charming 84-year-old Scot told me in a lilting brogue, “I couldn’t have charisms! It wouldn’t be humble!”

We must recognize that humility is magnanimity’s necessary partner, the attitude before God that recognizes and fully accepts our creaturehood, and the immeasurable distance between the Creator and His creation. But in Catholic thought, humility never stands alone. Without magnanimity, we don’t see the whole of our dignity as human beings. Magnanimity and humility together enable us to keep our balance, to arrive at our proper worth before God, to persist in living our mission, and to persevere in seeking our eternal destiny despite apparent frustration and failure.

(Fruitful Discipleship: Living the Mission of Jesus in the Church and the World, Sherry A. Weddell, Huntington, Indiana: Our Sunday Visitor, 2017, pp 28-29.)

Sherry Anne Weddell created the first charism discernment process specifically designed for Catholics in 1993. In 1997, she co-founded the Catherine of Siena Institute, an affiliated international ministry of the Western Dominican Province, and currently serves as Executive Director. Sherry has developed numerous unique formation resources that are used around the world.