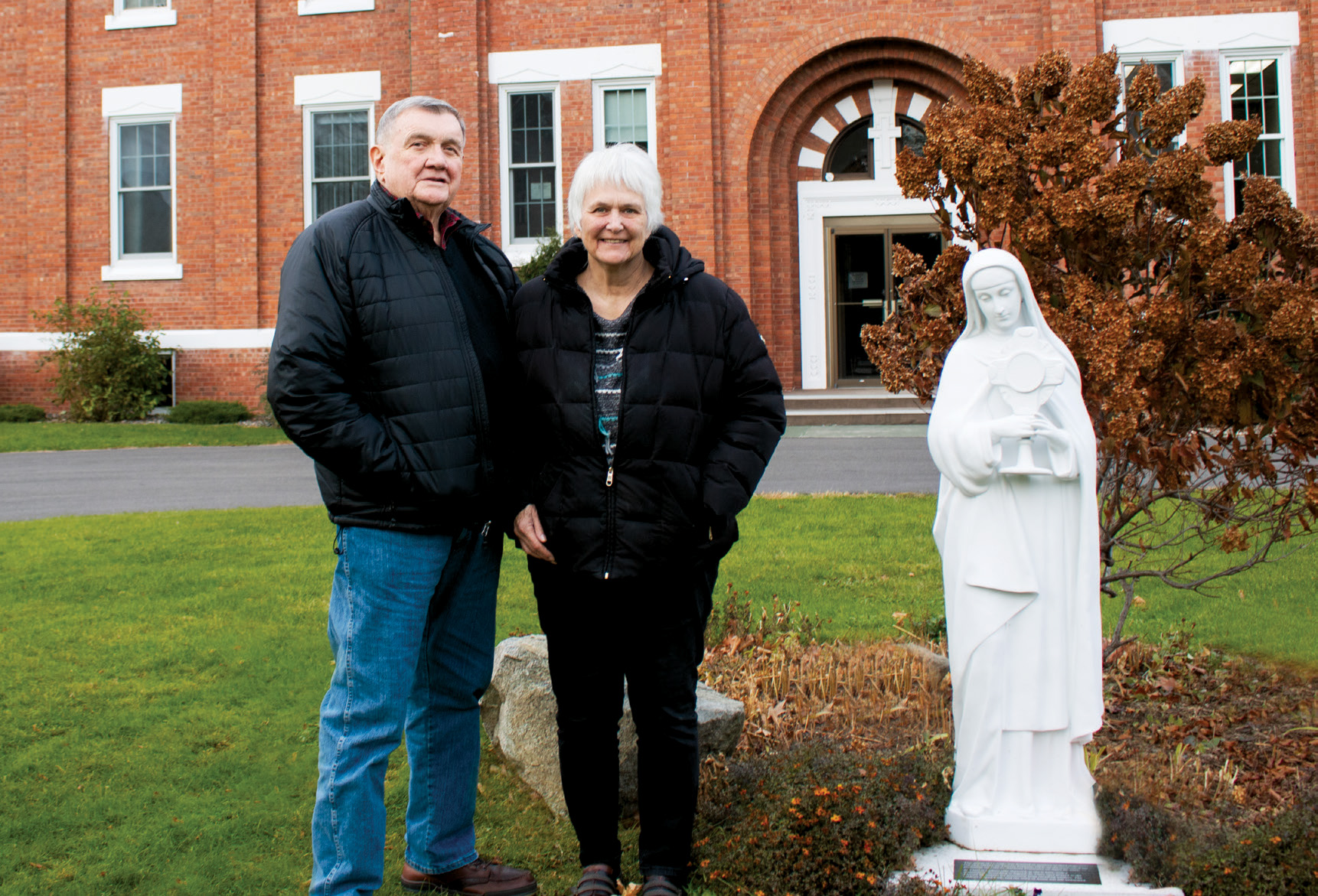 “What have I done here? How could I allow this to slip away? Why didn’t I do the things necessary to change?” These were the unanswered questions dominating John Sullivan’s thoughts years ago when his wife, Mary, decided to divorce him. When she decided to walk away from their marriage, it wasn’t without a desire to make things work. Divorce seemed to be the end of something that wasn’t intended to work. For John and Mary, however, divorce wasn’t the final chapter of a disappointing story, but rather the first act of an odyssey. One that would eventually bring John and Mary closer to Christ and back together in marriage.

John and Mary were born and raised in Central Wisconsin, coming from strong Catholic families. Meeting for the first-time during Mass at the University of Wisconsin Stevens Point, John was immediately taken by Mary. “The minute I laid eyes on her,” John begins, “I knew that she would be the one, there was just something about her. I could see it in her face and see it in her eyes; I needed to get to know her better.” Three years after that initial meeting in 1965, John and Mary were married in their junior year of college.

In 1972, their marriage thus far produced much fruit; three of their children being born in three years, a new career for John at Sentry Insurance and a new house. However, these realities of life started to become a distraction. As John puts it, “With my career, I lost my priorities of family and God and what is important to keep a marriage going. The economy, children and a new house; I just started to focus on my career and needing to make money. My career became number one to me. I just never had a confident handle on things, and it just became too much.”

Dialoging gives us an opportunity to express our feelings, our hurts or our positives or whatever it may be. And sharing it really gives her more of me, so she can accept me for who I really am.

Anger, frustration and control soon became dominate features of their marriage. Soon it seemed as if they were living single lives in the same home. “My sense of controlling things, and not including Mary in a lot of the decisions that had to be made. That further aggravated problems,” John says. For more than 20 years they tried to make things work, but after three separations ranging from one month to one year, Mary knew enough chances had been given. As John explains, “After a separation of about a year, we got back together again, and everything was going to be fine, but it never came to pass; nothing changed, and Mary filed the divorce papers.” John continues, “It was something of a shock to me, but we went through the agony of the divorce and had joint custody. We recognized right away the fear the children were starting to experience. After we finalized the divorce, we were never far apart from each other, so the kids could come and go freely.”

For the next 17 years, John worked hard to turn his life around. “I spent a great deal of time after the divorce doing more of a self-examination. Up to the point of the divorce, I excluded God from a lot of things. I was thinking, ‘my world, not God’s world.’ It became evident to me that I had a lot of things in terms of anger and control issues to deal with. During our marriage, I struggled to turn my will over to God; I just refused to do it, and that’s what drove Mary and me apart. That’s what I worked on for the next 17 years: figuring out how to embrace God’s will.”

At this point in their lives, they had children in college, which proved to be a blessing. Mary explains, “We still communicated after the divorce. He would call me and ask me to drive with him to the kids’ college games. For a while I would say ‘no,’ but finally he convinced me that it would be cheaper to ride together. He was just talking constantly during those trips and trying to get me to think about whatever he had been thinking about. It became a good way to communicate, and we grew together through that.”

John used these drives to attempt a mending of a relationship he neglected in the past. “I kept apologizing during these drives,” John says. “I kept finding out more about myself and situations in the past. Once I had her in the car at 70 miles an hour, I knew I could talk to her and do all of this apologizing that needed to be done. It was a constant apology. I just could not believe what I had done in the past.”

After the divorce, St. Anthony Spiritualty Center in Marathon became a refuge for Mary. “During that time” Mary begins, “I came to St. Anthony’s for a lot of retreats to get my life in order. Whenever I would come, there was always a picture with a saying, and it was so instrumental to my journey.

John and Mary were on congenial terms and continued to grow a friendship through the mutual interests of their children. One day, Mary saw a pamphlet on Retrouvaille, and it piqued her interest. Mary says, “The pamphlet talked about communication in marriage, so I gave it to John to see if we just wanted to try to communicate better together; we never had the intention of getting married again.” John adds, “Retrouvaille was a chance for me to learn how to communicate more respectfully.”

With that desire, John and Mary decided to spend a Retrouvaille weekend retreat together at St. Anthony Spirituality Center. Mary reflects, “The speakers were just unbelievable. They were so sincere and really showed their emotions. One of the speakers reminded me of our situation, and I kept thinking that I just want to be in a happy marriage. By the end of the weekend, we were on solid ground, but we weren’t ready to get married again.” John adds, “The weekend retreat really focuses on how to communicate non-verbally with each other and how to identify red flags that can set off emotions.”

The most attractive part of the Retrouvaille program for John and Mary was what would happen after the first weekend retreat. Mary explains, “When you go through the weekend you are introduced to dialoging, which is communicating through a series of questions you both write about and reflect on together. When you go through the follow up program that continues after the weekend, that’s when you really learn well how to dialog.”

John adds, “Dialoging gives us an opportunity to express our feelings, our hurts or our positives or whatever it may be. And sharing it really gives her more of me, so she can accept me for really who I am. That is so important. In our first marriage, it was my sense of, ‘I have to be the provider,’ but I did not want to discuss what I’m not good at or where I’m weak and vulnerable. I felt Mary would love me less if she knew those things. Dialoging is the complete opposite approach. You express who you really are, and we accept each other at that level, and we create a stronger bond. That only came through Retrouvaille.”

Dialoging and the people God had brought into their lives helped both Mary and John reunite as bride and groom where they had attended their first Retrouvaille weekend, St. Anthony Spirituality Center. Mary describes, “Father Dan Farley [priest for the Retrouvaille weekend] was instrumental in us getting remarried. He always kept saying ‘it was our job to get each other to heaven.’”

Ten years after their second marriage, John and Mary continue to be heavily involved with their Retrouvaille group in Stevens Point and continue to dialog with each other when they aren’t out and about spoiling their 13 grandchildren. John concludes, “The whole spirituality process that we learned in Retrouvaille was key to our remarriage. There is always a challenge. I just thank God for Retrouvaille and for our Faith in God that is so fundamentally important.”

Is your marriage drifting apart?

Retrouvaille is designed to give you the tools you need to restore joy and hope to your marriage. The next program in Central Wisconsin will be held February 14-16, 2020 at St. Anthony Spirituality Center in Marathon. For more information call 877.922.HOPE (4673) Fully Confidential. Visit diolc.org/marriage/marriage-help or HelpOurMarriage.org.