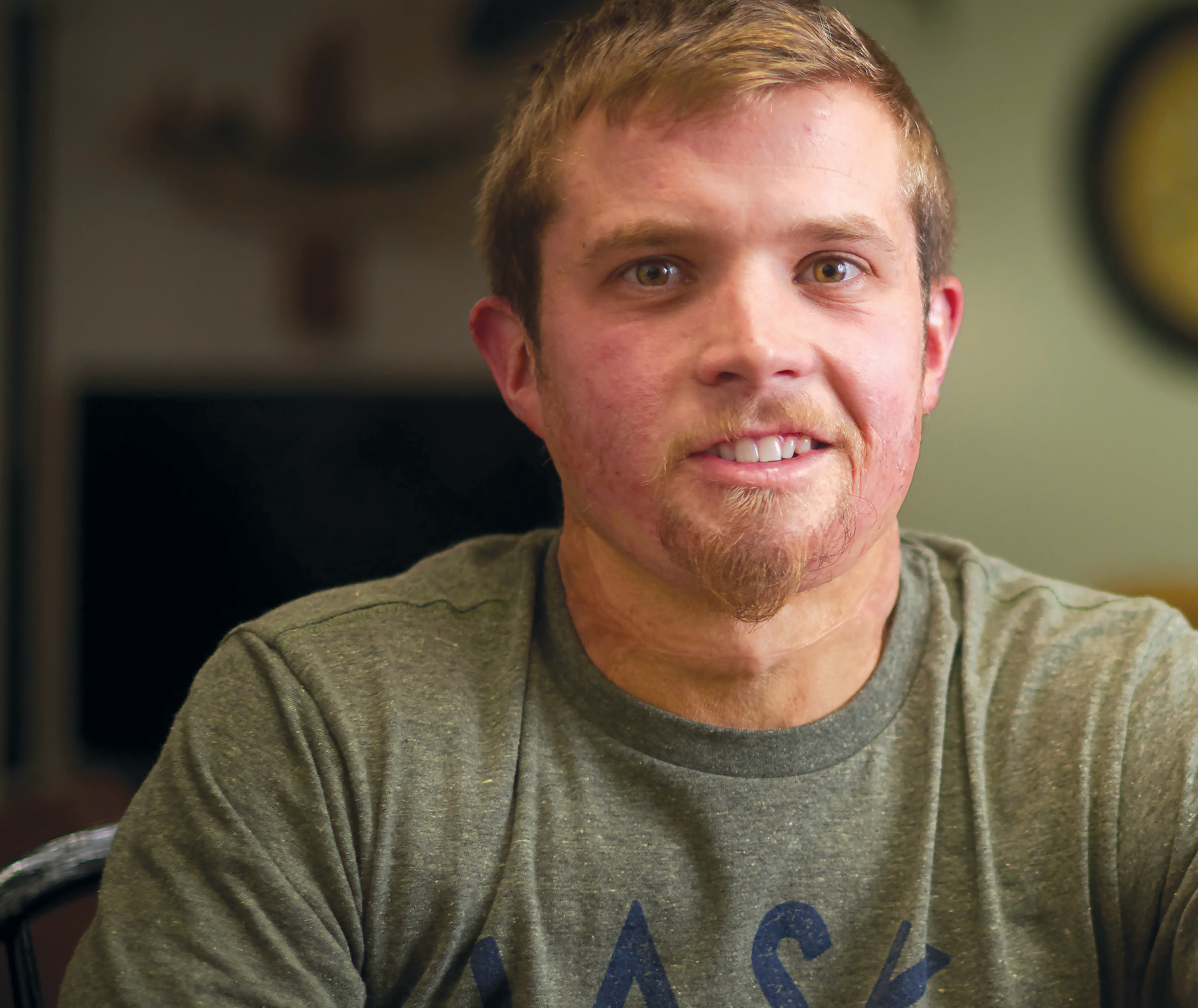 So, Alex began attending Mass with the Schaub family. “Lindsey never had a boyfriend who wanted to attend church with her,” Alex says. “For her, it was a little scary, that someone actually wanted to do this with her. But I told her if it’s important to you, then it’s important to me.

“Growing up, I attended church with my family and believed in God,” Alex says of being raised Lutheran. “To be honest, I didn’t really know there was that much difference between the two faiths.”

The more Alex and Lindsey talked about a future together, the more Alex became invested in the Catholic Faith. “Lindsey was steadfast and adamant that when she had kids, they would grow up Catholic. I was cool with that,” Alex says. “I had begun to apply myself to the homily every week and I agreed with everything that was said. The only thing I wasn’t able to do was go up for Communion.”

A few weeks after the two got engaged in August of 2018, Father Brian Konopa, Lindsey’s pastor, approached Alex and asked if he wanted to become Catholic. “At first I thought, ‘Well, I already was coming to Mass weekly, so what would be the true difference.’” After giving it serious thought, Alex realized he wanted to take part fully in the Mass. “When we had kids in the future, I would be the only one who wasn’t Catholic,” Alex explains. “I thought I should do the steps now to learn more about the Faith. So, I started RCIA.”

Alex immediately felt at ease in the program. “I wasn’t in a room full of strangers. Lindsey attended with me, and her mom was part of the RCIA team in La Crosse, so she was there, too. And a guy I went to high school with was there with his fiancée. It felt good to know I wasn’t the only one who wanted to become Catholic.”

During the 10-month program, Alex continued to grow in his knowledge of the Catholic Faith. “If I didn’t understand something, I asked questions,” Alex explains. “Lindsey’s family has dinner together after church every week, so I’d ask my questions then. I continued to try to apply myself to the homily and figure out what was being said.” Father Konopa also helped Alex with the transition. “His encouragement really meant a lot.”

Alex’s spiritual journey drew him closer to his fiancée. “Every step of the way, Lindsey was there. All of our spiritual work was done together,” Alex says. “We go to Mass every week. We pray before dinner. RCIA was done together. Lindsey was the guiding light to a lot of getting through the process.” Pausing a moment, he adds softly, “She was my teacher, not having all the answers, but we figured things out together.”

When I started RCIA, it felt good to know I wasn’t the only one who wanted to become Catholic.”

Alex was a little hesitant to tell his own family that he was going to become Catholic. “I was raised Lutheran and lived the church life growing up,” Alex explains. The hardest part was telling his grandmother. “She was always the driving force to go to church, so telling her was the nerve-wracking part. But when I told her, she was happy and said she loved Lindsey even more now because she’s got her grandson going to church,” Alex remembers with a laugh. “She said that I was hearing God’s message and that is what was important. That really reassured me that everything would be OK.”

After months of steady preparation, Alex finally came into full communion with the Catholic Church during the 2019 Easter Vigil. He was already a baptized Christian, but that evening, he was confirmed and able to receive the Eucharist, Christ’s body and blood, for the very first time. “I went to church for 1½ years before I was able to receive Communion. Everything had led to that one night,” Alex says of the Easter Vigil. “It was what I had been waiting for and it was finally here. I felt complete, like a weight had been lifted. Even now, when I receive Communion, I feel taller, if that makes sense. I feel included.”

Alex and Lindsey were married at Mary, Mother of the Church on Oct. 12, 2019. “We had shared our values and our beliefs before the wedding and knew what we expected out of each other,” Alex says. “Lindsey was always there, building our Faith together. Now we were going to build our life together.”

He encourages anyone interested in the Catholic Faith to try out the RCIA program. “Just go for it,” Alex says enthusiastically. “Every stage is a different type of learning. We were told throughout the process that at any point in time, if it doesn’t seem right, you don’t need to continue. There’s no pressure.

“Every day is still a learning process,” Alex says as he sums up his Faith journey thus far. “That’s how we keep growing in our Faith. I’m not done growing in my Faith, I’m not done learning. I can’t say that I ever will be, and that is exciting. There’s always more to learn.”