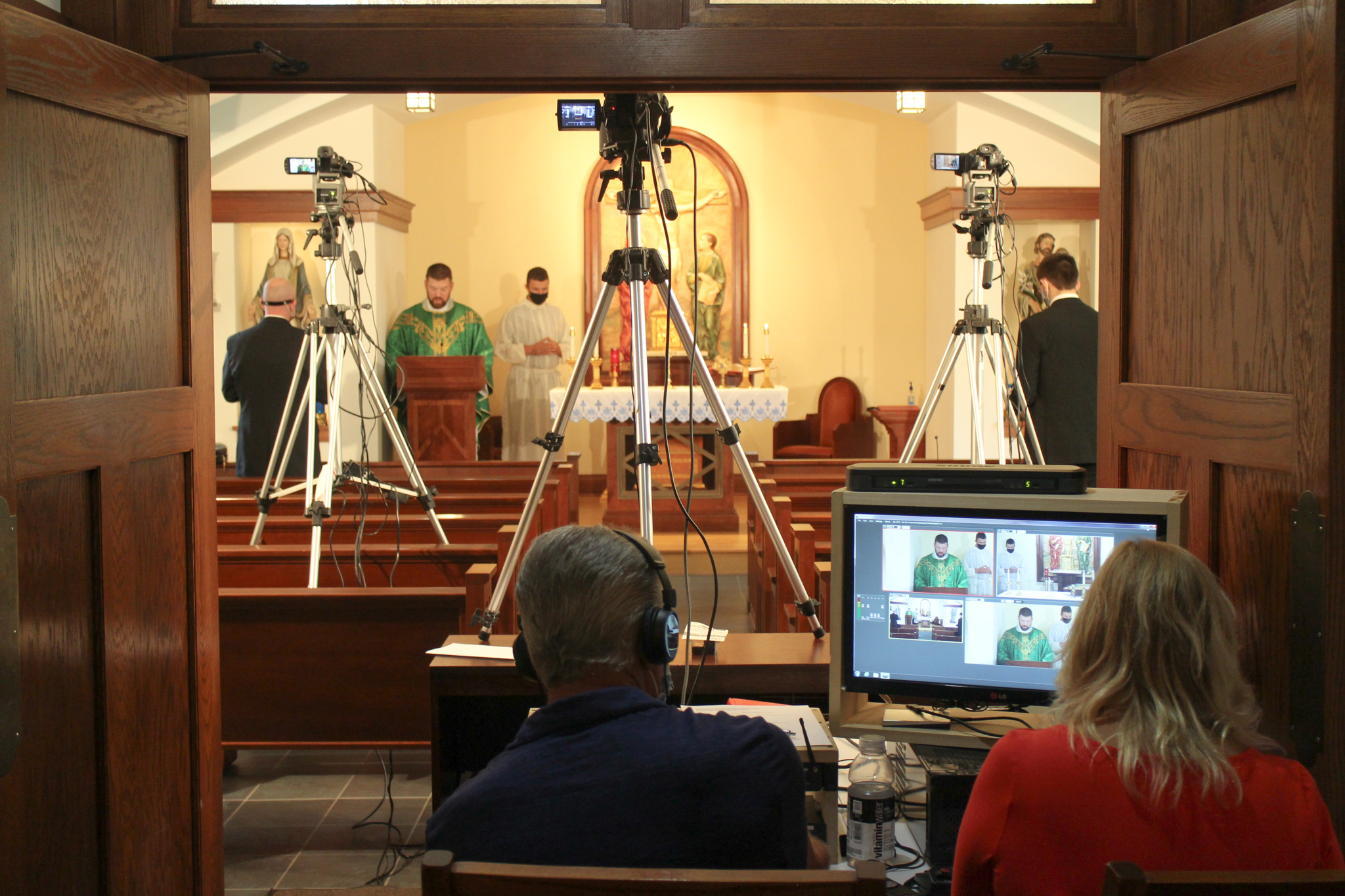 Most of the upcoming Televised Masses will take place in the Mater Redemptoris chapel, which is used by seminarians in the Diocesan Journey Program and Regency Program.

The Journey Program is an introductory year of formation which focuses on the human and spiritual formation pillars, while introducing the Catechism and Scripture to ensure a sufficiently broad knowledge of the doctrine of the faith prior to beginning seminary studies.

The Regency Program is nine-months, centered on human and spiritual formation for students with at least one year of seminary experience. Regency students step out of the seminary in order to work on personal formation in a focused and intentional manner. The goal of Regency is to bring about a mature integration of all aspects of a student’s life so that he will be well-balanced, healthy, and holy.

There are currently 10 men between the two programs, which are directed by Father Alan Wierzba, along with Father Nate Kuhn. We are grateful for their service to the Televised Mass in the months ahead.