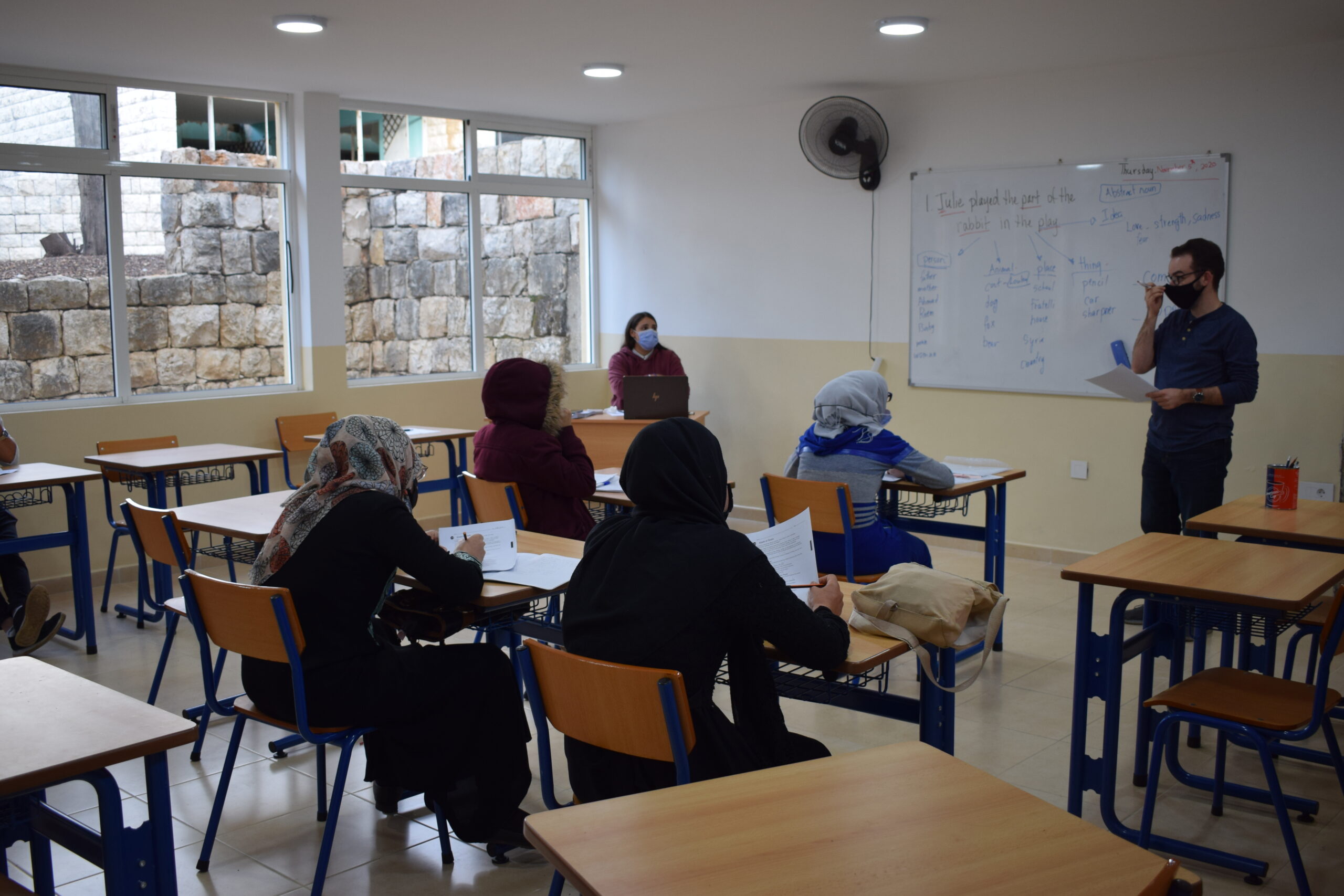 The Catholic Church has a long, rich history in education. During the Dark Ages, the Church was the primary protector of knowledge and, for decades, monks in medieval Europe preserved this by transcribing books in their monasteries. St. Elizabeth Ann Seton is considered the mother of education in the United States, having founded the first Catholic parochial school here. Our Church has long held that a key element of growing in our Faith is education. The more we can learn about our Faith, the deeper our relationship with God can become. Since we are all called to continue learning as we grow, it allows us to explore that relationship between Faith and education.

Brother Matthew Kotek’s calming demeanor and soft voice soothe the soul and his contemplative attitude hearkens to the quiet monks of old. He can attest to this relationship between Faith and education. His whole life has been a saga of how education has led him to a deeper Faith and, ultimately, to his vocation as a brother. The De La Salle Christian Brothers are an order dedicated to providing a Christian education to the young and poor.

The biggest challenge was discerning how I, as the educator, needed to take time to learn how to serve them.”

Brother Matthew’s journey into education began here in the Diocese of La Crosse. His home parish of St. Joseph Ridge was his starting point. He was heavily involved in the choir and was able to learn and grow in his Faith. After graduating from West Salem High School, Matthew enrolled at Saint Mary’s University in Winona, studying Spanish and theology. He first encountered the Christian Brothers when he joined a couple of campus groups. The Lasallian Brothers left a lasting impression on him.

“When I graduated from SMU (Saint Mary’s University), I had this very idealistic idea for my life,” he says. Matthew began teaching at Our Lady of Sorrows Catholic School in Memphis, Tenn., while attending the Christian Brothers University for his master’s degree in education. “I knew this was where God was calling me to be, but I felt like there was not much I could teach these kids. I was from my little town in Wisconsin, so what did I know about the challenges that these kids in the inner city face? I was teaching in a school that was one-third white, one-third African American and one-third Latino. It really put me in a situation that I wasn’t ready for, but that’s how you learn. Once I met my students and their families, I learned how they viewed education and that really helped me to serve them. Most of them saw this Catholic school as a way out of their situation, as their key to a new path through education. The biggest challenge was discerning how I, as the educator, needed to take time to learn how to serve them. My students don’t need to change how they learn. I need to adjust and meet them where they are at, since that’s my job to teach them.”

After graduating with his master’s, he decided to officially join the Christian Brothers as a postulant while continuing to teach in Memphis. Brother Matthew was learning, growing and developing how he served his students. He had one student, in particular, who really helped him learn how to teach with empathy and care. “I was his teacher for seventh and eighth grades. He had difficulties with most of his classes, and I was so new I wasn’t really sure what to do with him.

I finally asked my colleagues what to do, and they told me his story. I learned that he was being raised by his single mother, but she had passed away due to some violence in the city when he was in fifth grade. Now he
and his stepbrothers were being raised by his grandmother. Learning about how his mom died gave me a lot of perspective on where he was coming from and what he was exposed to on a daily basis. By my second year with him, it was a completely different relationship, and I was able to learn from him how I could be better. I was serving this community where they are at, and I was doing it out of a sense of my vocation, knowing that this was where God needed me to be. And that just gives you such a sense of fulfillment, no matter how challenging it may be.” After his time at Our Lady of Sorrows, Brother Matthew briefly went to Chicago to complete his novitiate, where he took his first vows in July 2018. He then returned to Memphis, where he continued teaching for two more years, this time at Christian Brothers High School.

It was there Brother Matthew answered God’s call to a new “beyond the border” initiative called the Fratelli Project. This is a shared venture between the Marist Brothers and the De La Salle Christian Brothers in Lebanon. There they serve displaced populations of Syrian and Palestinian refugees. The Fratelli Project’s programming currently includes morning and afternoon preschool programs, a basic literacy and numeracy tutoring program for children and young adults currently enrolled in school, English and Arabic courses for young adults, sewing and child care courses for young women, electrical courses for young men and youth basketball and football (soccer) programs.

His journey to Lebanon was a long one. Shortly after arriving, the pandemic struck, and Brother Matthew made it home on one of the last flights to the United States. He stayed here while the world shut down and ended up delaying his return until October 2020. “I traveled back in mid-October and I’ve been in the Middle East ever since, living in a community of four brothers—two from Spain, one from Chad and myself. We mostly speak Spanish and French, but the people we serve speak Arabic, so it’s been a real challenge for us to learn the language. Our conversations are very mixed, but it’s interesting to hear the people we serve telling their own stories.”

Brother Matthew could not have predicted how God would lead him to being a missionary in the Middle East, but that just demonstrates that the relationship between Faith and education allows each of us to grow with God. By saying “yes” to his vocation over and over again, his Faith has led him from St. Joseph’s Ridge Parish in our diocese, across the country, and now, across the globe. Brother Matthew’s story is one of many people who take steps, both small and large, to follow God’s will for their lives and see boundless fruit from that risk.