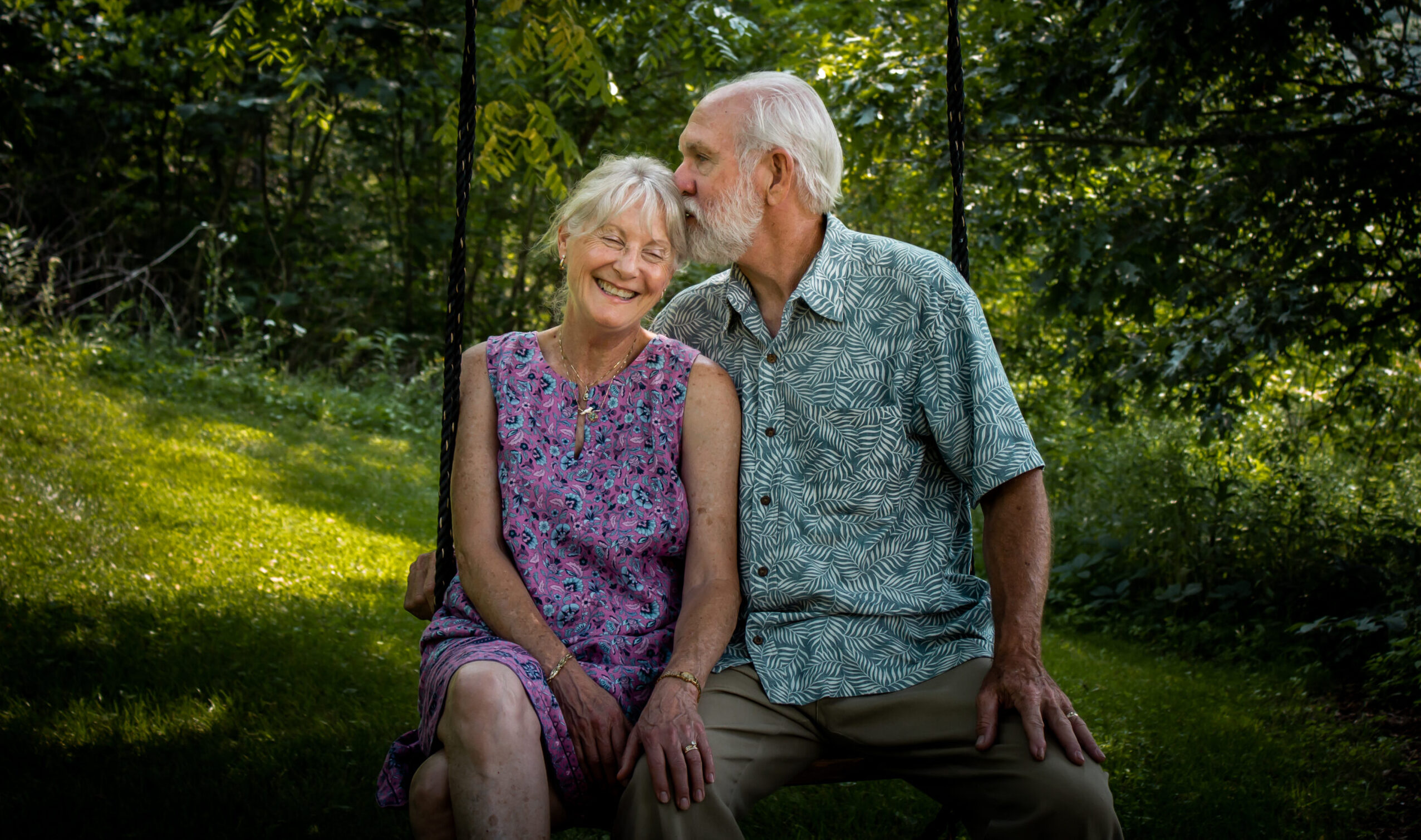 John and Jamee encourage everyone to grow in their Faith

Open and welcoming, the home of John and Jamee Stanley is nestled midway up a valley in Lonesome Hollow near Soldiers Grove. John is a tall man with white hair and piercing blue eyes that perfectly suit his introspective mannerisms and slight Southern accent. Jamee’s face is framed with a thin fringe that accents her blue eyes, while her smile tells tales of many occasions of laughter and tears of joy. The couple’s attitude is one of joy and love, but their optimism for the future of the Church is contagious.

The Stanley family moved frequently in their early years. John and Jamee met at a church in Miami, Fla., where they were studying their Faith. Jamee was a convert and John, a revert. Jamee tells the story of their first meeting with a spark in her eye. “I was out for a run and, since I was a convert, I was practicing my Nicene Creed,” Jamee recalled. “But that day, God revealed to me a tall, red-bearded man in a red flannel shirt. You know, I laughed, because that is not the type of man I liked or would date.” The next time Jamee went to the class at her church, there stood John, with a red beard and flannel shirt. The two of them attended the class again and when Jamee introduced John to her pastor, he said, “Oh, so this is the man you’re marrying!” Embarrassed at the time, Jamee thinks back on the past 40 years of marriage with joy and laughter. John and Jamee’s marriage has been marked by a series of moves and transitions, yet somehow each time the pair was able to step into a sense of belonging in their new parishes.

John and Jamee welcomed a daughter, Karen, while still in Miami. Though their daughter was just 2 weeks old, John’s YMCA job took him to Oklahoma, so they moved. There they stayed for eight years, where they were blessed with a son, John-Micah. Moving again for John’s career brought them to Waukesha, which was, at the time, the home base for Camp Manito-wish YMCA. When it was time for their daughter to go to college, she chose UW-La Crosse and that was their first experience with the Diocese of La Crosse. They traveled to Lonesome Hollow near Soldiers Grove frequently while she was in school and decided to purchase the cabin in which they frequently stayed. Just two years ago, they built a home there and have begun creating that sense of belonging for themselves in their new parish, St. Philip Parish in Rolling Ground.

The couple’s unique experiences have prepared them to serve in their parishes and communities. John’s first career was in nonprofit-sector leadership, where he spent 25 years working for the YMCA’s high adventure and leadership programs. After his time working with the YMCA had ended, John began a consulting business where he assisted philanthropists in getting clear and confident on how they wished to change the world. Call it providence, if you will, but many of the couples and families John served were evangelicals. He describes the experience of being the only Catholic in the room, “I’ve become stronger in my Faith over the past 22 years because I’ve had to learn how to be a witness in my own Faith to them.” In this work, John came to realize how important leadership and generosity was and, together with Jamee, they have been able to take this information and put it into practice in their own lives.

This really took shape when the Stanleys joined St. Anthony on the Lake Parish. John and Jamee, in addition to working and raising their children, made it a priority to give of themselves for their parish in the form of ministry. While John was running his company, and Jamee was managing her interior design business, the two carved time out of their schedules to step in and help implement a marriage ministry in their parish.

While working with couples preparing for this sacrament, it was so plain to see God’s hand in their life. “It wasn’t until 25 years later that I realized, although John is a wonderful gift, the true gift was God showing me how He loves me through John. When he looks at me, I feel beautiful, not plain. When he holds my hand, I feel strong. When I tell him all the struggles inside me, he says, ‘I will never leave you.’” Jamee and John learned through helping others prepare for marriage what a sacred gift their own marriage truly is. “You know, somehow whatever ministry we were in, is where we saw growth in our own lives,” John added. Stepping up in their parishes and using their talents to better the Church helped the Stanleys create a sense of belonging for themselves and others.

More recently, the two have started leading the Alpha Experience out of their home. “It’s introducing people to Jesus in small groups,” John explained. “They can come as they are and ask any questions they want.” John and Jamee learn and grow in their Faith along with others through sharing their sense of belonging. “The Gospel isn’t just for those who can recite Scripture, chapter and verse,” Jamee said. “It’s for everyone, and if we can share the Gospel with people, then they will come to know that in the Church is where they belong. It’s interesting because the people we encounter come from all backgrounds. Maybe they’re fallen-away Catholics or maybe they’ve grown up with no religious affiliation at all, but we can sense a hole in their heart that only God can fill.” John added, “The Alpha paradigm is so healthy for the Church, that is: one can belong, believe, then their behavior changes versus behave, believe and only after those two steps are taken one can belong.”

John and Jamee are optimistic about the Church when seen through the eyes of robust marriage ministries and New Evangelization experiences. “Every person comes with their own God-given calling,” said John. “Our parishes can support parishioners by enabling them to listen, hear and act on the mission that God is calling each one of them to.”