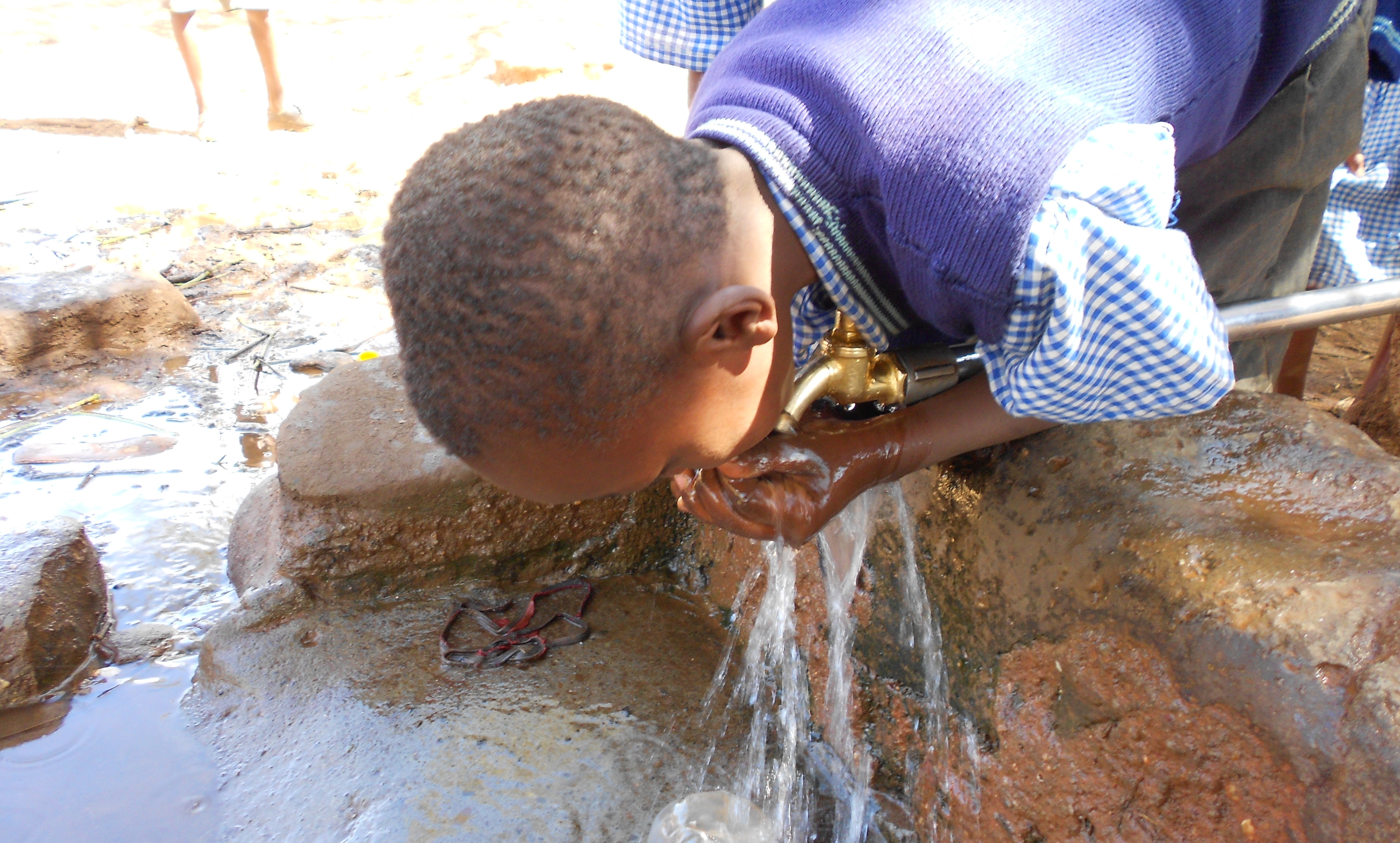 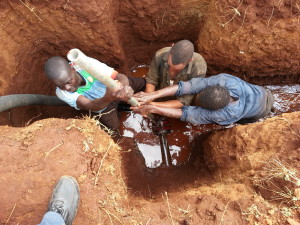 Men work together to thread the main pipeline in Ewuaso Kedong. Due to their volcanic soil they had to install a pipeline to a mountain spring instead of digging a well for fresh water.

WHAT IF YOUR NEAREST CLEAN WATER SOURCE WAS 16 MILES AWAY AND IN THE MOUNTAINS? What if your best source of drinking water was a mud puddle that had dead animals in it? What if your only source of water was infested with bacteria and giving it to your child would endanger her life?

Here in the United States we are blessed with clean, free flowing water from the nearest tap. We don’t even think about it. But severe illness, a 50 percent infant mortality rate and drought are part of the daily reality the Maasai and several other tribes in Kenya were facing each day. That is, until a few parishioners from St. Anne Parish in Wausau, Wis., arrived.

Through the grace of God, Don Ryder and Romey Wagner met on a church building mission in Kenya and were inspired to do more when a side trip to visit the Maasai changed everything.

About a year after their first trip in 2005, Ryder and Wagner started the Kenya Water Project Foundation and again went back to Kenya, this time to help the Maasai drill a well. During the trips they couldn’t turn a blind eye to the needs of other villages in the area, especially in Ewuaso Kedong, where they could not be able to drill a well due to the volcanic soil. Instead, Ryder and Wagner helped them build a 16-mile pipeline from a mountain spring.

Ryder said the work of the missionaries at St. Anne Parish is not just about providing the Maasai and the people of Ewuaso with clean water, it’s about giving these human beings ownership over tools that are already changing lives.

“Often, these projects take years to complete because the men and women are intricately involved in the digging and installation,” Ryder said. “It would be easy for us to bring in a team 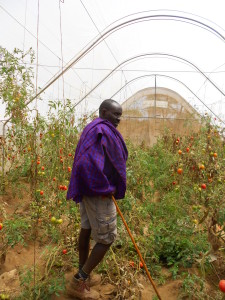 and get it done. (The locals) want to be hands-on and that’s why the pipeline took about three years to complete.”

As a result of their prayers, patience and diligence, more than 15,000 people now have access to clean water.

Their livestock now have access to cleaner drinking water, which keeps them healthier; all the children born since the water improvements are still alive; and now the tribes are able to explore healthier and more sustainable agricultural processes for growing better food.

One person instrumental to this whole process is Father John Fortune, an Irish missionary priest living in Kenya, who developed a great relationship with the Diocese of La Crosse through St. Anne’s Parish and his connection with Wagner and Ryder. He visited the diocese in May 2015 and celebrated three Masses in St. Anthony de Padua Parish in Loyal, Wis., where Father Steve Brice and his parishioners were inspired to take on their own mission in Kenya.

Father Brice said his parishioners were so moved by Father Fortune’s stories, and because they live in a very rural area where they have a passion for farming and gardening, the parish decided to

help in the best way it knew how: to sponsor a greenhouse project.

“(Fortune) came here for a mission co-op, and after hearing him speak, our Social Concerns Committee wanted to help the Saikeri get their farming system running to help furnish their new diet,”

he said. “As our Advent project, the parishioners raised $3,500 to fund kits for greenhouses and drip irrigation systems.”

Representatives from the tribes will come to the Saikeri church greenhouse and learn the process, so when they use the kit they can sustain the practice. Each kit, is about $200 and is comprised of a 250-litre water tank, drip equipment, seeds, fertilizer and insect spray.

“We just sent the money over to the project and we hope to next send a small group Kenya to help and meet the people,” Brice said. “Agriculture is such a part of the life here and I think the people here are so invested and passionate to help these people in Kenya. They kind of just took off from what they started at St. Anne Parish and we hope to keep it going.”