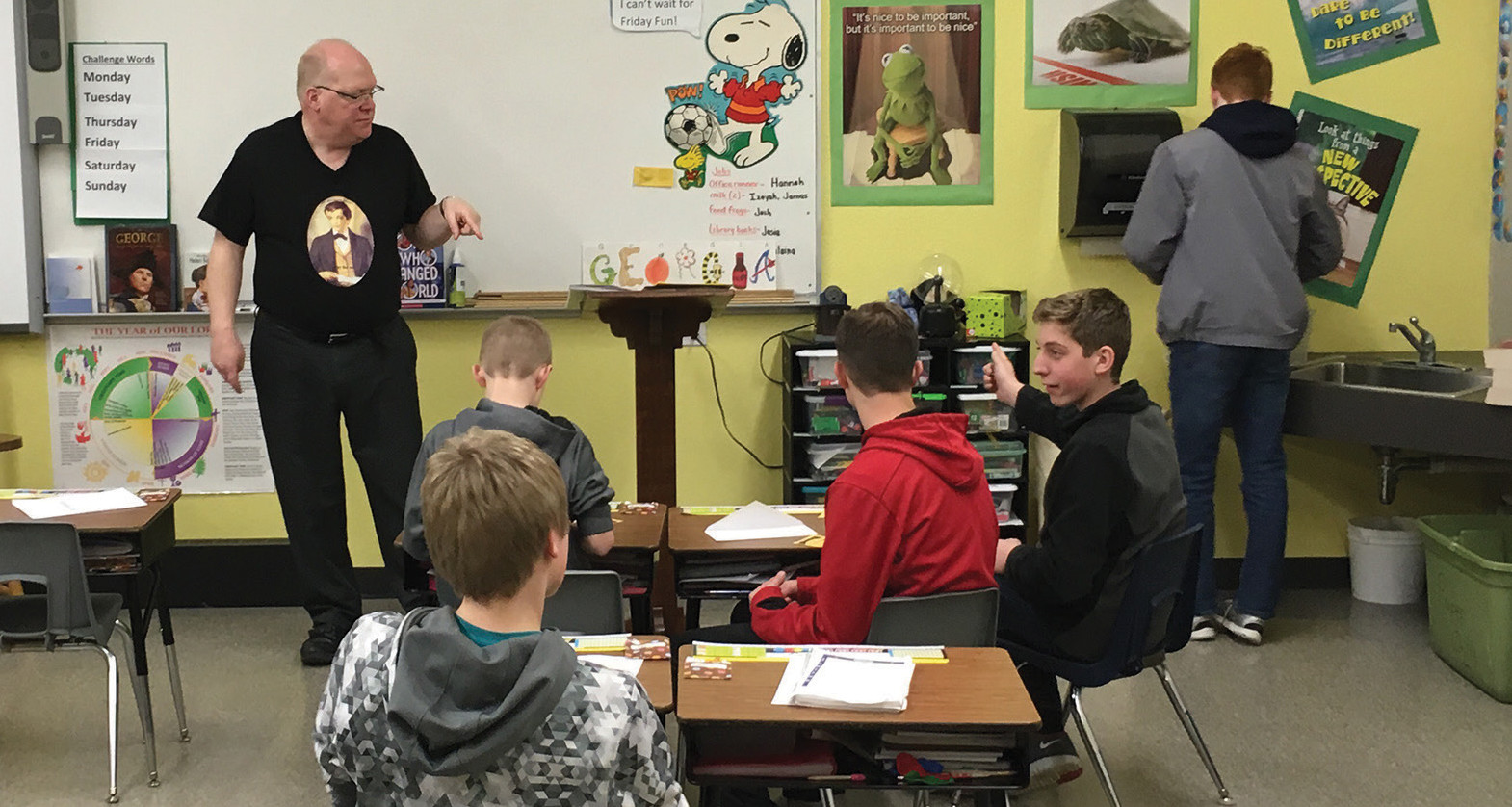 ST. BRONISLAVA PARISHIONER’S REVERSION STORY and renewed dedication to the faith inspires next generation of Catholics.

Joe Diedrich is not your average Catholic. In fact, for most of his early adult life he was adamantly and vocally anti-Catholic, much to the disappointment of his Catholic school teachers.

Even though Joe was brought up in the Church, his catechism experience, family tragedies and substance abuse issues kept him from fully accepting and living the faith.

Joe was born in Rockford, Ill., and was the youngest of six kids. On the outside, they were the perfect Catholic family. However, when tragedy hit, Joe says instead of turning toward the Faith, he ran screaming from it in the opposite direction.

“There were six of us kids but three died within the first week of life. When I was 10 my brother was hit by a car and killed and then in 1988, my sister was raped and murdered.  After that I looked around at these people in my life who were supposedly representatives of Catholicism, and I just wanted to have nothing to do with them or the Church,” Diedrich says. “I was extremely verbal about my hatred and, really, it was all based on ignorance.”

Substance abuse and illegal activity took over Joe’s life in high school and he credits these, in part, for his crisis of faith. It got to the point where he was having suicidal thoughts, but three months after he graduated high school he had, what he calls, a “moment of reversion.”

“After a night of indulging in some illegal activity, I ended up alone and drunk and in a rainstorm, when it happened. I thought I was going to die. I’m absolutely convinced the Divine intervened. After that night, I never touched another drop and now I’ve been 34 years sober. I don’t call it a conversion since I grew up Catholic, I call it a Reversion,” says Diedrich.

Once he sobered up, Joe decided to go to Benedictine College in Kansas for his sophomore–senior years of college.

“Even though I had this experience, I was still pretty messed up, but Benedictine College saved me. It was not just the catechesis but the fellowship was unbelievably loving.

I absolutely believe God will meet you where you are

and they demonstrated that. I went to them newly sober, clean and a mental case and they just loved me back to spiritual health,” says Diedrich.

In Joe’s journey back to Catholicism, Diedrich mentions being happy to be back, but, after a while, he realized deep down he was just going through the motions. In 2000, Joe says he experienced some enlightening experiences with forgiveness and has been dedicated ever since.

“One night I just lost it and just blew up and I hurt someone very dear to me. And they forgave me. I had never seen anything like that. I’ve always lived a self-centered life, but that’s gotten a lot better thanks to God and the forgiveness of others.”

The past 16 years were a time of growth and awakening for Diedrich. During that time, he became a dedicated religious education teacher — but has one regret — allowing his past to prevent him from starting sooner.

“As a kid, I fought religious education tooth and nail because I felt like no one really cared. Now, considering how I grew up, I think I have a lot of “street cred” with these kids. They are really interested in learning about the Church. The highest compliment I received from a student was, ‘You make it fun!’ That’s how they’re going to remember,” says Diedrich.

A tool he uses in class are the stories of the saints, which helped him grow in faith when he was struggling.

“I am inspired by their lives and I want to share that with others. So, I started making these Saint Shirts that I wear all the time and people asked about them. I started telling the kids stories about Maximilian Kolbe, and they begged to hear more,” says Diedrich.

One thing Joe wants other fallen away Catholics who are considering coming back to know is that you don’t have to throw the baby out with the bathwater.

“I think a vast majority have fallen away based on personalities not principles. It’s important to keep an open mind, search for someone and/or someplace where you feel safe asking questions. If you’re afraid to ask questions, ask them scared. If your scared to do the right thing, do it scared, that means it’s probably the right thing.”