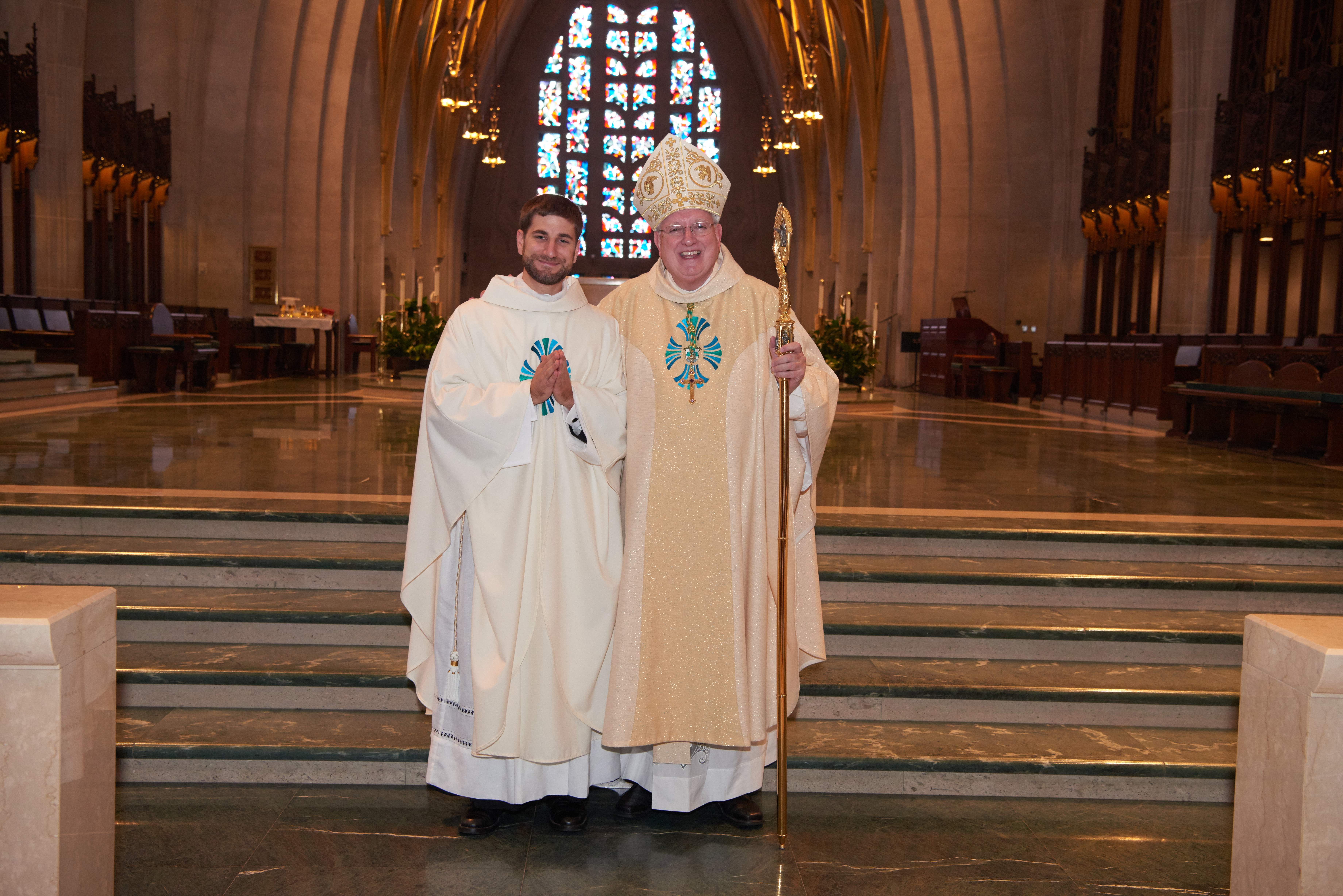 On June 25, 2016, Father Daniel Sedlacek was ordained to the Priesthood of Jesus Christ. Now, he begins his first assignment at Saint John the Baptist Parish in Marshfield and Christ the King Parish in Spencer, as well, as Chaplain to Columbus Middle and High School in Marshfield.

As the fourth oldest of nine, Father Sedlacek grew up experiencing the closeness of family and faith on his family’s dairy farm in Cornell. Father Sedlacek attributes his priestly ordination to his diverse experiences throughout his time in seminary, from attending University of St. Thomas in St. Paul, MN, while residing at St. John Vianney College Seminary, to attending the Pontifical North American College (NAC) in Rome, merely a 7 minute walk from the Vatican. What he learned on his journey allowed him to experience for himself that God was calling him to the priesthood.

A full feature article will be in the September/October issue of Catholic Life.

You are free to view and download the photos. All we ask, is that if the photos are used in a non-commercial publication, attribution is given to The Diocese of La Crosse. Also we ask that the photos be not used for commercial purposes. Thank you.