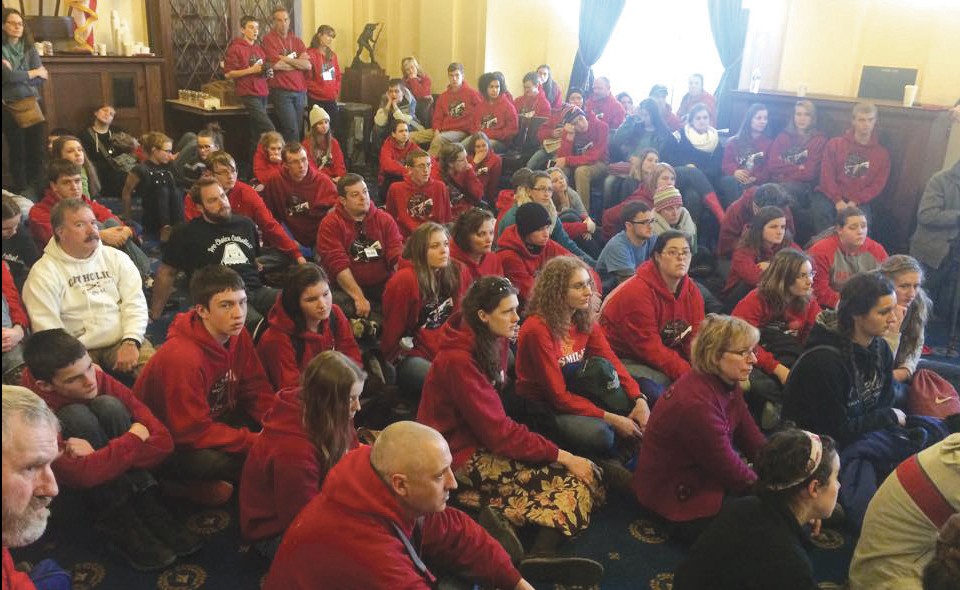 “Strange, isn’t it? Each man’s life touches so many other lives. When he isn’t around he leaves an awful hole, doesn’t he?” ~ It’s a Wonderful Life 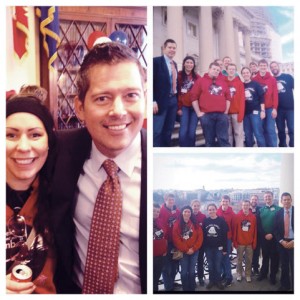 The diocesan marchers gather for a reception and speech after the 2014 March 4 Life in Congressman Sean Duffy’s offices. The pilgrims have opportunities to hear numerous speakers, attend Mass at St. Matthew’s Cathedral and tour D.C. They also said a rosary outside of a Planned Parenthood facility within D.C, a location which is now closed.

How many holes have been left in our world due to the lack of respect for life? Countless.

According to the official March for Life website, the mission of the March for Life is:
“To provide all Americans with a place to testify to the beauty of life and the dignity of each human person. Both in January, on the anniversary of legalized abortion in the U.S., and throughout the year, we bring together pro-life leaders and groups to organize, unite and strategize around a common message, and to communicate this message to the government, the media and the nation in a way that is powerful and life affirming. The March for Life in Washington, D.C. began as a small demonstration and rapidly grew to be the largest pro-life event in the world. The peaceful demonstration that has followed on this somber anniversary every year since 1973 is a witness to the truth concerning the greatest human rights violation of our time, legalized abortion on demand.”

The most powerful experiences were when we prayed at the Planned Parenthood very close to the White House. One of the years we went on a day they were actually open. This day, a young girl had been taken in shortly before we arrived. She was begging not to do this and asking to leave, but was being forced inside by a woman they assumed might have been her mother. We had two newly ordained priests with us. The three of them walked right up to the doors and prayed over the whole clinic, and especially for this young mother. The image of these three priests standing before this building with their hands raised in prayer has never left me.
– Stephanie Hannasch, coordinator of religious education and director of youth ministry at St. Mary Parish, Neillsville

The March for Life was truly an amazing experience, and I am so thankful I was able to participate. Being able to walk the streets of Chicago with others who believe in the same values as me was eye opening. It made me feel like I was a part of something much larger, moving to make a change. It was so cold that day, but the experience was well worth facing the cold.
– Noelani Vargas, St. Elizabeth Ann Seton, Holmen

I have attended the March for Life in Washington, D.C. for a numbers of years and have found it very rewarding because I am standing up for those who have no voice in the system. It is a great opportunity to share my views with hundreds of thousands from all segments of society. No matter what the weather is, we gather together to stand up for an issue that should be important to all. We are fighting a wrong. I will continue to attend in order to be more than just the silent minority, but an active voice for the unborn.
– Deacon Vern Linzmeier, St. Bronislava Parish, Plover