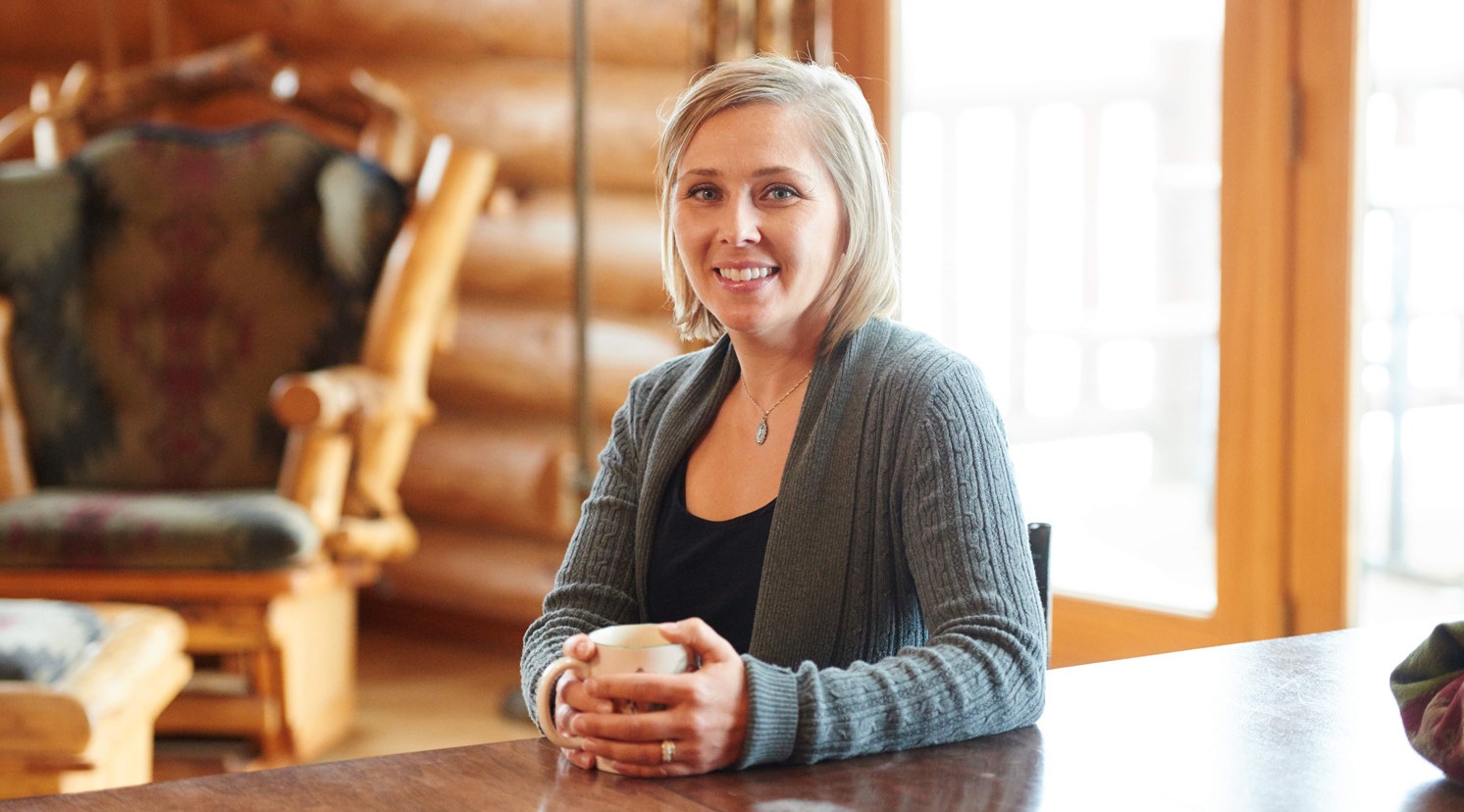 “Prayer is a relationship with God”

Hillary Tolzmann kneels in adoration at the Marian Center for Peace in Wisconsin Rapids. She spends time there with Jesus, face to face as often as she can. In adoration she finds peace, but also love, above all love, and mercy, guidance, hope. She offers in return her presence in gratitude, her own love, fears and failings, her emptiness and openness, herself as a vessel being formed by the potter’s hands.

“One thing I’ve learned for sure is that as much as I love my husband and two young children, God loves them more.” How does one surrender first claim to love, a mother’s love for her children? Hers is such a humble statement, professing both the risk and promise inherent in a trusting relationship with God. Hillary, wife of 15 years to Daniel and mother to Emma 13, and William 10, opens her heart, her identity and life before God, inviting His active participation in her most intimate family roles. She looks to God for strength, encouragement and takes to heart Jesus’ promise of eternal life in Him. Beyond personal reflections, Hillary, her husband and children have made prayer part of family routine. They plan their lives to include participation at daily Mass, praying the rosary, making devotional visits, stopping at shrines while traveling on vacation and blessing each meal. William serves Mass and Emma plays the piano.

Hillary prays in community as well. Her vocation as respiratory therapist helps people breathe, work recalling God’s creative breath, inspiring all of life. Hillary and other lay volunteers breathe vitality into St. Joachim’s CCD program in Pittsville. Their love of Christ moves over parish youth in an engaging mix of activities ranging from adoration to shared meals and fun games like Bible Pictionary. Hillary’s faith connections inspire both she and others. Her pastor, Father Robert Nelson, says he often envies her prayer life.

“One thing I’ve learned for sure is that as much as I love my husband and two young children,
God loves them more.” 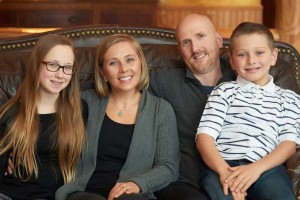 “Having free will is like playing with fire, you’re bound to make mistakes and get burned. God has a plan for us all. He allows us to fall so we’ll realize how much we need Him, and how much He loves us. Then we learn to lean on Him, to depend on Him, and ultimately to have a relationship with Him. Having a relationship with anyone, whether a spouse, parent, or coworker, takes effort. They need us to interact as they desire. God is no different. If I desire to know God then I’ve learned that I must put in the effort to talk with Him and listen, to answer and trust, to do His will.”

Hillary grew up catholic (with a small c) and became Catholic only gradually, receiving sacraments in course. But her faith was uninspired, a secularized practice. Back then her desire was focused on trappings not on grace, on the perfect dress, flowers and picture settings. Over time, like pent-up water seeking an outlet, her gift of faith broke through. The love she shares with her husband, the birth of their children and even moments of grief have merged into a greater understanding of God’s plan for her. Fourteen years ago, four days before Christmas, Hillary’s father died suddenly of heart attack at the young age of 47, which was a terrible loss. For years afterwards, Hillary felt intense sadness and pain to the point of anger. The commercialized holidays, annually renewed, reopened wounds of resentment. Anguish eventually drew her into dialog with God, into prayer. God has answered her prayers abundantly. More recently Hillary’s Christmases are lit again, radiant with joy, hope and even celebration. Hillary and her father are brought together again, sharing not only the promise of His birth, but His life abundant and eternal, sharing through faith God’s gift of Jesus. 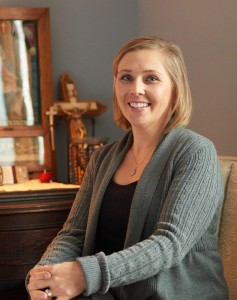 St. Paul wrote to the Galatians that “It is no longer I who live, but Christ who lives in me.” Christ lives in the mentoring of Hillary’s pastor, Father Bob. Hillary says, “He makes sense of the Gospel in words I can understand.” Christ lives in the inspired women of St. Joachim’s parish who, like Hillary, also pray, teach and volunteer beside her carrying on the church’s mission to serve. Christ lives in the sustaining love of Daniel, her husband, as they pursue their sacramental marriage, and in William and Emma each time they assist at Mass. Christ lives in faith shared with her father and with all the saints. Hillary recalls St. Augustine, “there is no saint without a past, and no sinner without a future.” Hillary’s future looks to the example of so many in her community and to great saints like Joan of Arc, Catherine of Siena, St. Therese of Lisieux, St. Padre Pio and St. John Paul II, but especially to Mary. Father Bob has taught Hillary to pray, “My Jesus Mercy” on each rosary bead. Hillary says “Sometimes I ask mercy for myself, sometimes for others. It’s a beautiful thing knowing Jesus forgives over and over what we’ve done wrong.” It is indeed.

We too participate in Hillary’s prayers. We participate in the risk and promise of her relationship with God, with the body of Christ. Hillary offers us her prayer this Easter season. We can make it beautiful and effective by offering God a similar prayer of our own.