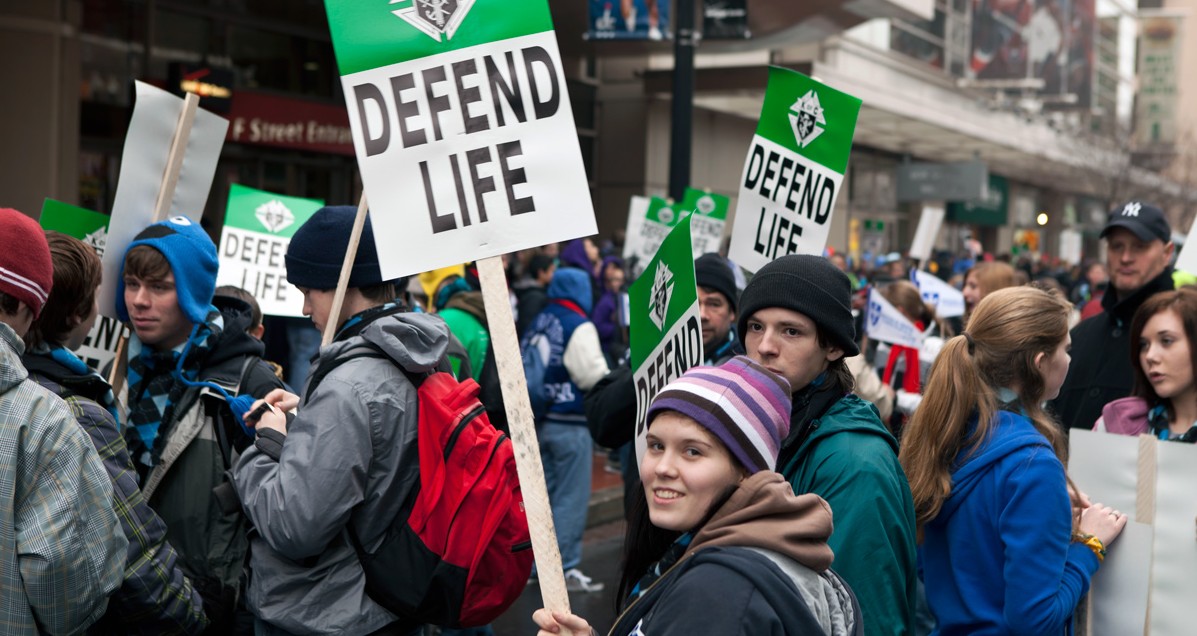 A new day has dawned in the effort to rebuild a Culture of Life in America. With a pro-life President and pro-life majorities in both houses of Congress, the opportunity exists for a level of progress not seen since the dark day in 1973 when the Roe v. Wade decision was handed down by the Supreme Court.

This is clear to everyone engaged in the battle. It explains the strident “Women’s March” taking place in Washington, D.C. today as I write this piece, in protest especially against President Donald Trump’s pro-life agenda. It is worth noting that several pro-life women’s groups sought to participate in that march, but were refused admittance. This new day also explains the enthusiasm and good cheer of several hundred thousand pro-lifers who are descending on Washington for the January 27 March for Life. This year, a record 220 pilgrims from the Diocese of La Crosse, led by Chris Rogers of the Office for Youth and Young Adult Ministry, are making the long trek on 5 coach buses.

Most of those who come to the annual March for Life are young people, and a clear majority of them are young women. Joyful chants and fervent prayers fill the air. This year Kellyanne Conway, President Trump’s former campaign chair and now a top adviser, will address the huge crowd. She is one of a series of staunchly pro-life appointees to his administration.

Each year at the March we have a speakers’ night for the pilgrims from the Diocese of La Crosse at the hotel ballroom.  This year’s speaker is Marilyn Musgrave, Vice President of Government Affairs for arguably the most influential pro-life organization in the nation, Susan B. Anthony List, whose President is Marjorie Dannenfelser. In a letter to Pro-life Movement leaders in September of 2016, then-candidate Trump enlisted Dannenfelser to serve as National Chairwoman of his campaign’s Pro-life Coalition and outlined four pro-life policy commitments:

SBA List focuses on the election of pro-life candidates, especially pro-life women, to national office. It has an army of volunteers across the U.S. who knock on doors especially in closely contested races, and it has a formidable track record of success.

What follows are links to pro-life organizations and media celebrating this “new day” of opportunity for a Culture of Life, and laying out their hopes and expectations.