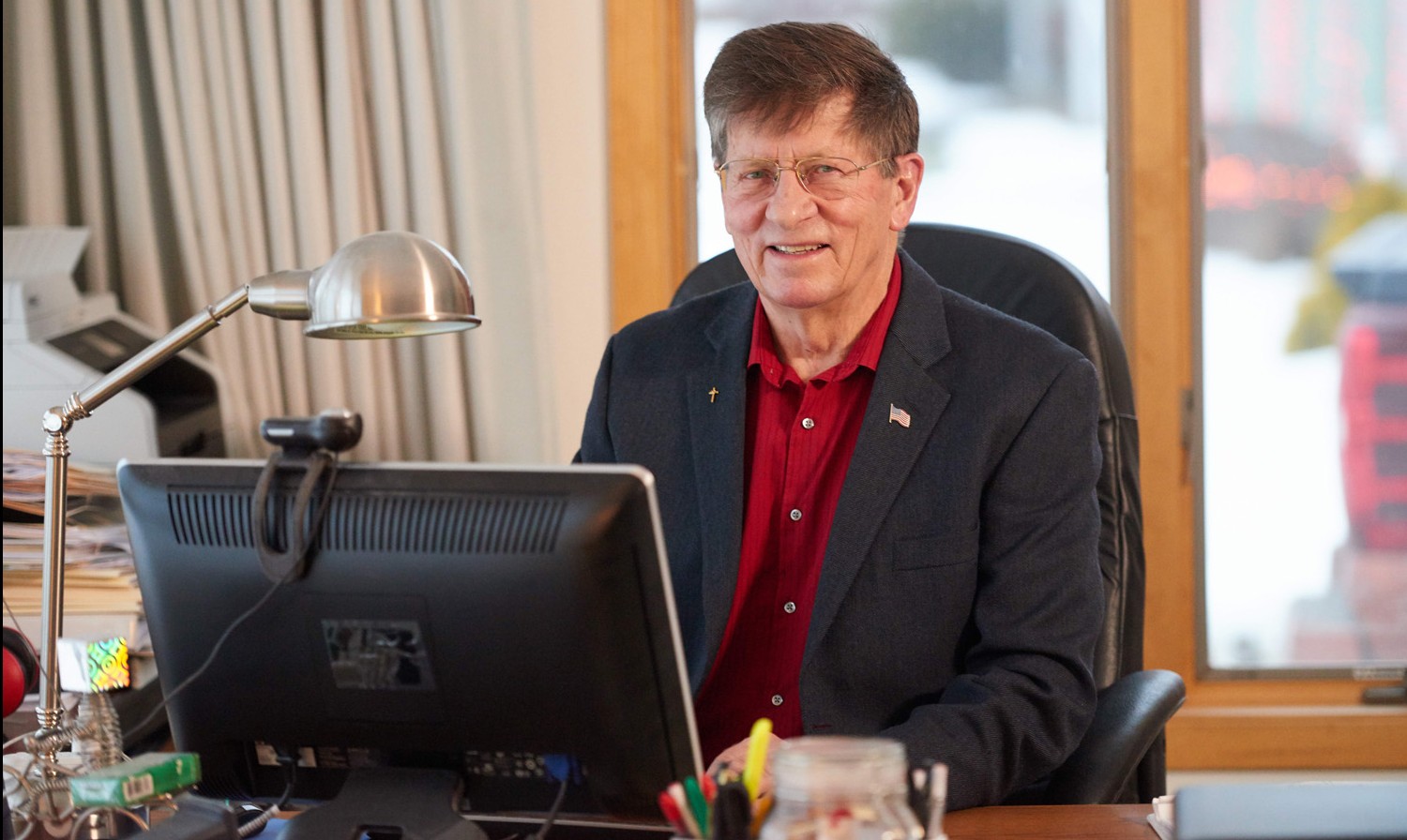 Queen of the Apostles Parish in Tomah

Larry Scheckel, from Queen of the Apostles Parish in Tomah, reflects on how his Catholic upbringing led to lifelong faith

“All that I am as a human being I owe to my parents and to my Catholic faith.” Larry Scheckel says he has been very blessed in his life. He is a retired science teacher, after serving 38 ½ years at Tomah High School, a husband to Ann Scheckel, a father of three, a grandfather of two and an author. Despite life’s hardships, he gives all the credit to God and his solid Catholic foundation. 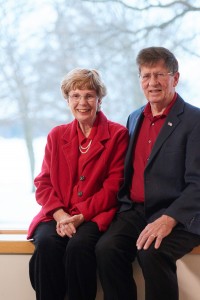 Larry Scheckel and his wife Ann, upheld their Catholic upbringing while raising their 3 sons.

Larry is very active at Queen of the Apostles Parish and in the Knights of Columbus and has spent most of his life actively participating in the parish. Looking back, though, he owes a majority of his faith and dedication to the Church to the examples set by his parents.

“I believe I had a good strong foundation. [Being Catholic] was something that was expected. When young, one tends to go in the direction you are pushed,” he said. “But my parents set a good example because we went to church every Sunday, but confessions were every Saturday early evening, and everymweek after the chores and milking done, all the Scheckel kids piled in the car and off to St. Patrick’s in Seneca for confessions we’d go.”

Weekly confession was a cornerstone for Larry’s faith life and he said it wasn’t until later in his life that he truly understood its power. “Jesus called the sinner to realize the sin, to repent of it and to be reconciled with God and neighbor. Regular confession reminds us of our frailty.”
But as a kid, he best understood it as taking a bath for your sins.

“I saw it as a cleansing of the soul. We would physically clean up with a bath before church, but we also had to clean our soul. No matter how many mistakes or failures that you had, you could always start over. Then I learned the difference between venial and mortal sins; venial sins you can clean quickly, but mortal sins I took more seriously, because if you die in a state of mortal sin you lose your right to heaven,” he said. “I just remember entering the Church, and you dip your finger in the holy water, make the sign of the cross and find a pew. You were to take some time to ‘examine your conscience.’ This was to be a review of your recent past and try to recall all the times you were a bad boy, which for me was quite often.”

In the Scheckel house, tradition and routine were the orders of business, especially on the farm. He said that’s also how he has held on to so many practices through his teen years, military service and his family life. Those original traditions played a large role in keeping his faith active.

“The Scheckel family said the rosary every night after supper. Dad led the rosary, and we all knelt at a chair or sofa. After rosary, it was time to do the milking,” he said. “We also observed Lent rigorously. We got the ashes on Ash Wednesday and could not eat meat on Fridays, which was the rule every week of the year. We went to daily Mass about half of the days and that usually made us late for school, but the teacher knew that and so we didn’t get in trouble. Dad always fasted during Lent. He’d have one big meal and two smaller meals, and at that time, with all the hard farm work, I don’t know how he did it. But we never talked about it, he just did it.” As the fifth of nine Scheckel children, Larry said he and his brothers would sometimes talk about religion, either on the way to catechism class or out working in the fields. But he remembers one night, after Midnight Mass, lying in bed and talking about eternity. “The discussion revolved around how long eternity lasted. We were up into the billions of years, but decided that wasn’t long enough, because eternity had no ending,” he said. “We agreed that you probably wouldn’t want to go to hell. There would be no ending to the suffering from fire. My concept of hell at the time was forever being on fire and burning up.”

Maybe it was the future scientist in him, but young Larry always had a unique perspective of the Gospel readings as he was listening tentatively in church every Sunday. One of Jesus’ miracles, in particular, proved to be almost too hard to believe.

“In Mark’s account, Jesus encountered a man who had been blind since birth. Jesus made some mud by mixing his saliva with dirt. He rubbed the mud on the blind man’s eyes and Jesus commanded him to go to Siloam and wash. The blind man did as Jesus ordered and his sight was restored. I was skeptical of this story. So was Jimmy Kozelka,” he said. “Jimmy Kozelka [my friend] needed glasses and glasses cost money. Many a farm boy or farm girl walked around with less than good vision in those days. Rumor had it that Jimmy closed his eyes and rubbed mud on them. When he opened his eyes, his vision was no better. I’m not sure this would be considered a scientific test. Besides, Jesus wasn’t there in person to oversee the venture.”

“I’ve always questioned and have doubts, but I think that’s why they call it faith. I don’t know if someone is normal if they don’t question at some point.”

Although there were many other miracles he questioned as a child, or even as an adult entering a career in science or raising his own family and had to answer tough religious questions, he always knew it was OK to think and question. When in doubt, the Church will be there.

“I’ve always questioned and have doubts, but I think that’s why they call it faith. I don’t know if someone is normal if they don’t question at some point,” he said. “Science uses logic and our five senses to make the world knowable. Science gives us the ability to prove things we find hard to believe. Religion provides an avenue to believe things we find hard to prove. Religion uses faith to believe things that are beyond our five senses. God shows his hand and mind in the workings of nature, and I see that there is a beauty to nature that goes very deep.”