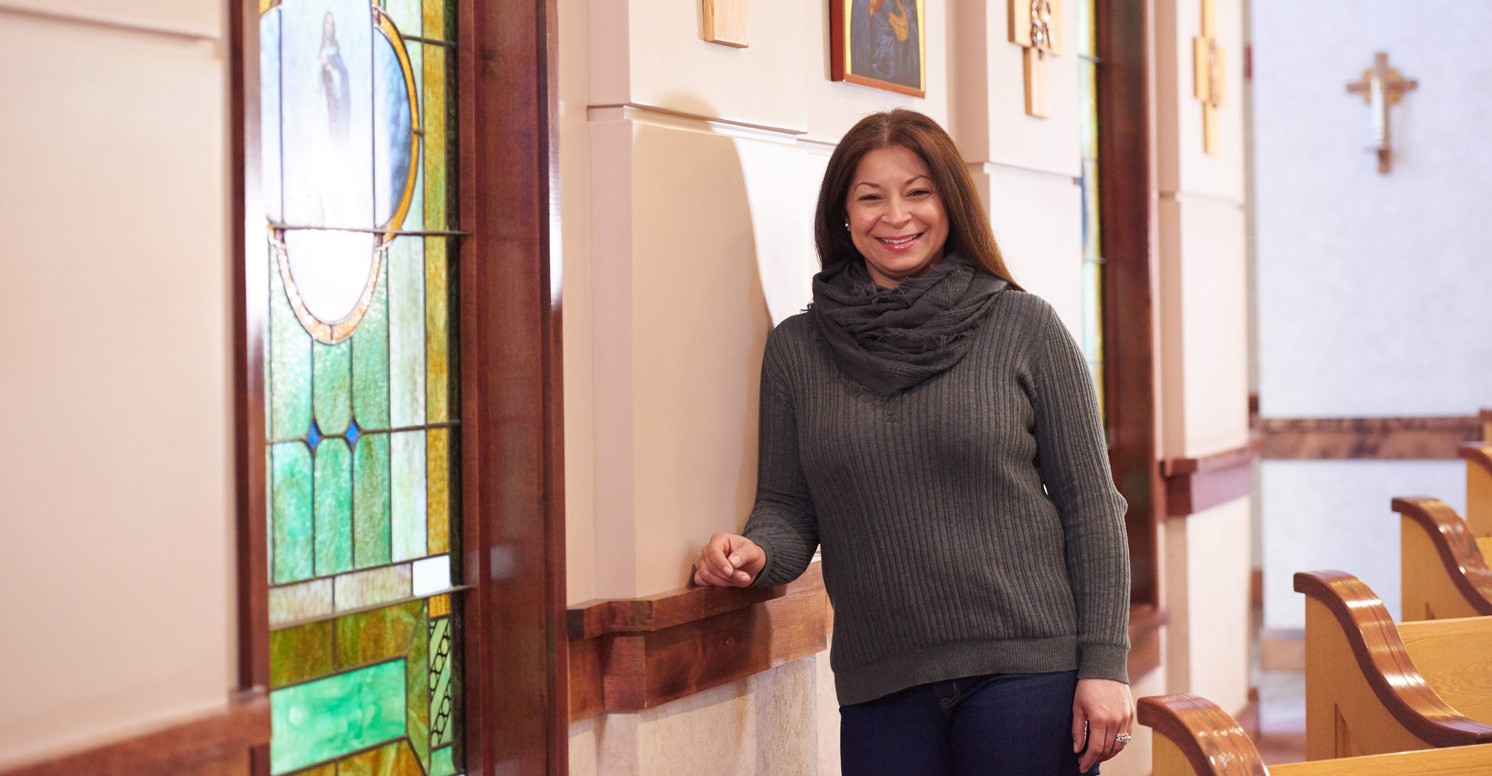 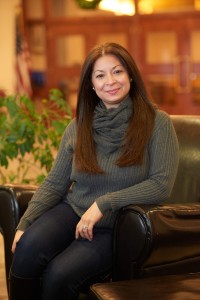 Jessica’s reconciliation with God helps her to forgive, which brings a joy she never imagined

Spend time talking with Jessica Ferrer and it is impossible to miss the joy she radiates. Her happiness is thanks to reconciliation with God and the rediscovery of her Catholic faith. It took a journey from Puerto Rico to Wisconsin for Jessica to connect with God and reconcile with her past by participating in the Rite of Christian Initiation for Adults (RCIA) at St. Mary Parish in Altoona. “Moving to Wisconsin was a big blessing,” Jessica says. “We moved here without knowing anyone. It was a big challenge. I can say, once again, God has a purpose for us.”

Jessica always knew God existed, but the chaos of her life made him hard to find. She was baptized Catholic in New York, but never received any other sacraments. There was a hole in Jessica’s life, but she didn’t know how to fill it.

“I think throughout the years I was always struggling with it,” says Jessica. “Life wasn’t easy. I had a lot of anger inside, but I always did believe in God.”

Her mother moved Jessica and her older siblings back to Puerto Rico when Jessica was in fourth grade. Her life growing up in Puerto Rico was filled with stress and abuse.

“I had a rough childhood,” Jessica says. “I always felt different in the family. My father was never there for me. I had three stepfathers; of the three, two abused me. My older brother was the only male figure in my life that I loved. I felt like I always had to be the strong person. I was the youngest, but I always felt that I was holding the family together. I got angry with God.”

Much of her younger life was complicated and dark. Watching her beloved brother sink into drug addiction and die from an overdose was unbearable for Jessica.

As a teenager, she became pregnant and chose to have an abortion. Without a strong faith to guide her, Jessica followed society’s conventions instead, and paid a steep price.

“I just didn’t know. I knew what society would say. I was a young girl and I was scared,” says Jessica. “It’s so hard for me to forgive myself for that. I struggled afterwards to have children then. I was told I couldn’t have children. Then out of nowhere I got pregnant with my son.”
Creating a better life for her son, Giovanni, and daughter, Aryanna, was initially what brought Jessica back to her Catholic faith. Her husband, Ismael Cardona, came from an active Catholic family, but Jessica admits she was always the one to hesitate about going to Mass on Sundays.

“One day, I was praying during Mass and felt an urge to look up. Father was holding up the Eucharist and it just hit me. That’s what I have been missing. What a moment, it is truly indescribable. It’s like you are born again.” 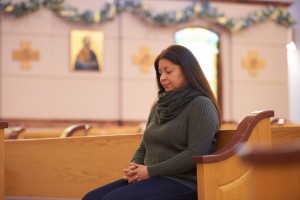 It took Jessica Ferrer years to realize the hole in her life was from keeping her faith at a distance. But after being welcomed into the Church at St. Mary Parish in Altoona and filling that emptiness with the Eucharist, she feels at home and whole again.

So after the family’s move to Wisconsin, Jessica started looking for a parish family for her own family. The Spanish Mass at St. Mary’s brought her to the parish.

“I just woke up out of nowhere and said, ‘We need to start going to church,’” Jessica says. “I just loved the way Father Derek Sakowski said that whole Spanish Mass. It just started there.”

Jessica and Ismael enrolled their children in the catechism program, and the family became regulars at Mass. Finding out the RCIA program would help her receive the rest of her sacraments was exciting to Jessica, and Father Derek got her enrolled in the program in fall 2015.
“It was all new to me. I felt like a child,” says Jessica. “It is home. I’m so happy I went through these classes. It was a great experience.”
As she made her way through RCIA, Jessica experienced changes she did not expect. The realization of what was missing in her life became clear.

“For years I have been very happy and have had many blessings, yet I still felt an emptiness inside,” Jessica says. “One day, I was praying during Mass and felt an urge to look up. Father was holding up the Eucharist and it just hit me. That’s what I have been missing. What a moment, it is truly indescribable. It’s like you are born again.”

“We’ve been together since high school. It’s not just getting married, it’s getting married the right way,” says Jessica. “I am full of joy. I’m happy.”

Her reconciliation with God through the sacraments brought not only joy, but a way to find peace in her heart through forgiveness of herself and of others.

“There was a point in life where I hated all men,” Jessica says. “Then I learned what forgiveness really is. Little by little I was actually able to forgive these people for doing these things to me. I can say right now with my head up high that I forgive, and that I am healed. When I went through the process that I was able to forgive and let go, it let me grow as a person.”

Jessica knows everyone has challenges in their lives, which can sometimes seem unbearable. She hopes her story of reconciliation and faith might be a reminder that God can help anyone with any struggle.

“We all have our challenges with our faith. You just have to grab on to that faith and not let go. That’s what I have done. I’m just glued on to it.” says Jessica. “Do you want to keep walking in that puddle of mud and keep slipping and getting dirty again? I’m not falling again.”

To find out more about the RCIA process, visit diolc.org/RCIA or contact your local parish for details on how to join the Catholic Church