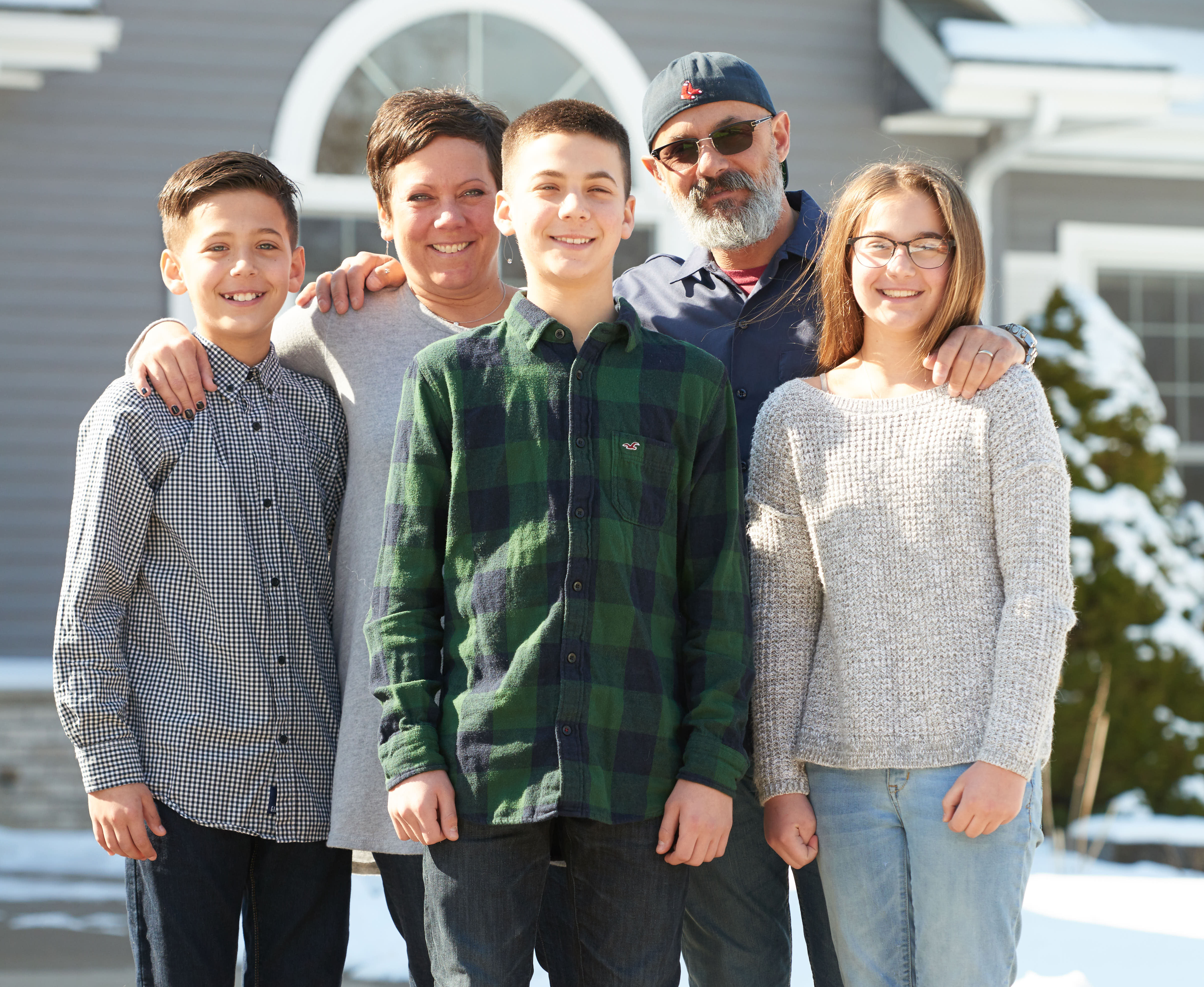 A call to faith can come at any time and at any age — for Aquinas High School freshman Jakob Zhovtis, his call came in eighth grade. Last year, his family moved from Illinois to La Crosse. It was decided the kids would attend Aquinas High School, so in preparation, they were enrolled at Blessed Sacrament School in La Crosse.

“I think of other people who have worse struggles. Having a strong relationship with God helps guide people to having a better outlook on life and thinking more positively.”  – Jakob Zhovtis 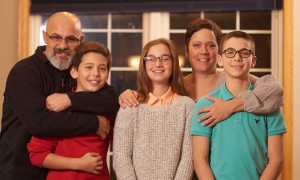 “Growing up until last year, we just went to Mass on holidays. I didn’t know much about it, but I was curious about it. I started reading. I asked my dad and mom about coming into the Church,” Jakob says. “I wanted to do it, and they were completely supportive. My brother and sister just followed.”When Kelley and Ed Zhovtis were married, they brought two distinct, yet interconnected, faith traditions into their family. Kelley was raised Catholic; Ed is Jewish and, as a child, was unable to practice his faith in Russia.
When Jakob, his sister Ellie and brother Benji decided they wanted to join the Catholic Church, Kelley said Ed did not hesitate in offering his support for the decision their children had thoughtfully made.

“Ed listened to what they were saying they wanted to do. He said, ‘They are asking us because they have a reason. I don’t have a choice, but to accept what they want,’” Kelley remembers.

The Zhovtises studied with Msgr. Stoetzel, and at school, to prepare for receiving the sacraments at the Easter Vigil Mass in 2016.
Preparing for the kids to enter the Catholic faith also reconnected Kelley to the Church. “My mom is very Catholic. She raised us that we should go to church every week,” Kelley says. “It’s completely different when you see the lightbulb turn on for your kids. It gives you a different perspective, and really makes your own faith much stronger.”

While living in Illinois, the family’s home was near Kelley’s parents and they often attended Mass together. Ellie’s interest in Catholicism began there. “She has always been interested in going to Mass. She likes the ritual of it,” Kelley says.
Jakob found many different aspects of Catholicism that intrigued and inspired him as he prepared to join the Church.

“Going to confession is what really caught my eye,” he says. “It’s admitting to being a human and sinning, but then becoming clean. It’s another step, like think before you do something. It’s just another thought process.” 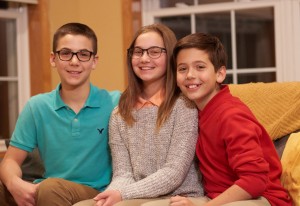 Witnessing how the focus of the Catholic Church was on Jesus and his love for all people was inspiring to Jakob. He saw how the Mass celebrates Jesus’ life and is inspirational for those who come to participate.

During the Easter Vigil at St. Joseph the Workman Cathedral, the Zhovtis kids were ready to receive the sacraments and enter into full communion with the Catholic Church. Jakob remembers feeling nervous that evening, but remembers how his nervousness melted away with the beauty of the Mass.

“The coolest part was everyone passing around the fire and lighting candles,” Jakob says. “It did feel good. Everyone has been really welcoming and supportive, and I really appreciate that.”

For Kelley, seeing her mother’s joy at the grandchildren joining the Church made the occasion more special.

“To see her response was incredible,” she says.

Since that momentous day, life has changed for the family. Kelley sees in her children a new understanding and concern for people. Kelley remembers one time in particular, on a family vacation, when Benji gave all his change to a homeless man. He explained to her that because the family was blessed to have the opportunity for travel, he wanted to share with a person who had nothing.

“They are more aware of things around them,” Kelley says.

Going to Mass is also very important to the kids. “We have to go to church,” she says. “It’s not something that we take lightly.”
“It feels like a hole in your stomach, like a pang of guilt,” Jakob says, about missing Mass. 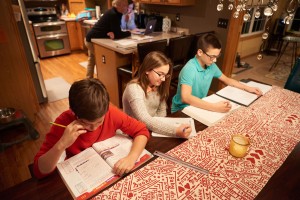 At school, Jakob and his peers participate in Mass by taking on different job assignments. His favorite job is serving as an acolyte.
Praying together is also a big part of life for the family. Even though they can’t always eat dinner together every night due to Ed’s and Kelley’s busy work schedules, they make sure to take time and pray together.

“They lead grace at any meal we have together,” Kelley says. “Everybody stops what they are doing to say grace if we can’t all eat together.”

Jakob’s new Catholic faith also has helped him to navigate his interactions with others.

“I think of other people who have worse struggles. Having a strong relationship with God helps guide people to having a better outlook on life and thinking more positively,” he says. “Jesus accepted everyone.”

Kelley sees only positive changes from their children coming into the Church, especially in their family traditions.
“The holidays are different. Christmas has a new meaning. It has more meaning than it did before,” she says. “I feel like it brought everybody closer together. We are able to celebrate things together and there’s meaning that we didn’t have before.”

Jakob isn’t sure where his faith will take him as he moves into adulthood, but he says he has no worries about finding his way:
“I’m not sure what I will be called to, but I’m sure I will make the right decision.”