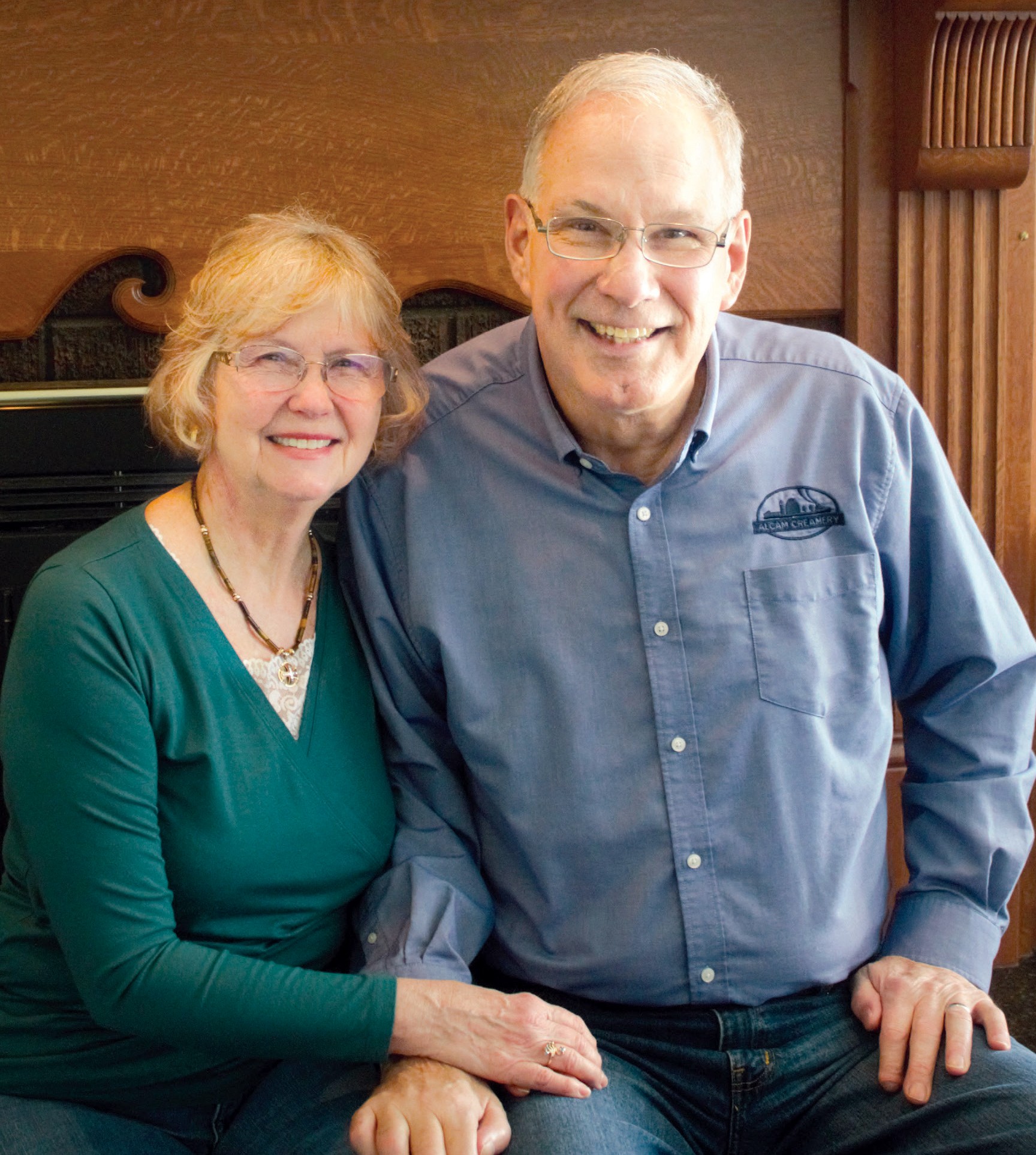 Assumption of the Blessed Virgin Mary Parish in Richland Center

Gary and Elizabeth Peckham, parishioners of Assumption of the Blessed Virgin Mary Parish in Richland Center, reflect on the accident that changed their physical and prayer lives forever

“I prayed every single mystery of the rosary and I can’t even begin to count how many Chaplets of Divine Mercy I went through. I didn’t stop praying, because as soon as I did, I started thinking what if … what if I get there and he’s already gone? The only way I could keep myself somewhat sane, somewhat at peace, was to keep praying.”

Elizabeth Peckham remembers that night as if it was yesterday. On Jan. 20, 2012, at 11 p.m., she got a call that would forever change her family’s life. Her husband Gary had gone on a snowmobiling trip to northern Wisconsin and ended up being medevac’d to the nearest hospital in Wausau, with numerous injuries including a crack in his neck and a broken arm. By the time Gary reached the hospital, he was in a coma.

When Elizabeth got the call, her son-in-law couldn’t tell her much about Gary’s condition so, as her daughter Sarah drove her to the hospital, she prayed. In that moment, not only were people praying with and for her locally, but little did she know just how far the prayer chain would reach.

“Before I left home, I had called my prayer partner and had gotten online and quickly sent a note out on the prayer chain,” she says. “Of course, I called all the kids, we have four, but my son Andy was at Mundelein [Seminary] at the time, so probably one of the first people to know about the accident was Cardinal Burke and he was in Rome praying. Monsignor Hirsch found out too, so very quickly it went through the entire curia. We had a sister-in-law visiting the Holy Land, so she left prayers at every stop on her trip. Andy had friends in Japan prayingand our priest, Monsignor Scheckel from Assumption of the Blessed Virgin Mary, was on his way to Peru, so he even had the Casa Hogar kids praying. I think we had someone on every continent except Antarctica praying for Gary. It was amazing.”
When Elizabeth got to the hospital and finally saw Gary, instead of feeling scared, she said she had a moment of calm come over her.
“When I saw Gary, with tubes and monitors hooked up to him, and as I walked in, I heard a little voice just say ‘He’s going to be alright.’ After that, I was like, ‘OK, it’s not my call, it’s all up to God.’”

It was about 10 days before Gary would wake up from his coma. In that time, Elizabeth said Gary was well prayed for.
“We had about 40 visitors come through just during that week, and every time a priest would visit, he would anoint Gary,” she sys. “Not because we thought it was going badly, but because they wanted to do something for him.”

Elizabeth says she felt like she was in a prayer cocoon or bubble during that time, as if she was being protected along with Gary.

“It was just amazing, the outpouring of love. I swear, it was the only way I got through it at all. I truly believe that I was being carried,” she explains.

When you go through a traumatic event, everything can be exhausting and overwhelming, but Elizabeth believes God gave her the graces she needed at just the right time.

“People would say things like, ‘I don’t know how you can do this.’ I would say, ‘I would not have known how to do this a week ago.’ You get the graces when you need them, you don’t get them in advance. You don’t get told ‘OK, get ready it’s coming,’” she says. “I had that little reassuring voice, but I didn’t get that every day. I’d get anxious if I planned too far in advance; you can only plan for right now. In a week, God will have new graces for you. How else can we be dependent on God if you don’t go through the fire sometimes?”
Gary has no memory of the accident or the two months afterwards, which he says is a blessing in itself.

“March 15 is the first time I remember anything. The first memory I had was Monsignor Scheckel, Monsignor Hirsch and my son Andy standing next to me,” he says.

Elizabeth says keeping a routine was the best thing she could do to find daily peace, and routinely praying the rosary with Gary was key.

“Now, Gary is an even bigger witness to faith because he’s seen a little bit of the fire.” – Elizabeth Peckham

“He liked to pray the rosary before the accident, so to keep some routine, I would run the beads through his hands and we’d say the rosary every day,” she says. It’s a stabilizing prayer and a foundation.”

“I still pray the rosary everyday,” Gary says. “I find that prayer and Mass and Church just mean so much more to me now. I was faithful before, but you know how it is, sometimes you just go through your day and the motions and don’t really pay attention. I pay attention now.”

Gary says he remembers before the accident that he would appreciate his family and employees, but never really expressed it. Now he makes sure to show his appreciation every chance he gets.

“I used to think, ‘Well I’ll have time later,’ but now I don’t think that,” he says. “I do get emotional more easily now, but I don’t want to lose that, because it’s important that the people around you know how much they mean to you.”

Elizabeth says now, as they are settled into their new normal, and even though Gary still has some physical issues they’re working on, Gary is a new man and a testament to his faith.

“I’d say now, Gary is an even bigger witness to faith because he’s seen a little bit of the fire,” she notes. “You think, ‘Why did this happen to me? He was faithful, went to Mass and gave of his talents and treasures to the Church. But why me?’”

“But the good Lord always wants more and I can feel that now,” Gary says. “My faith and the Church are much more real to me. It’s more important to me now; I don’t take things for granted.”

Story and Photography by Monica Organ