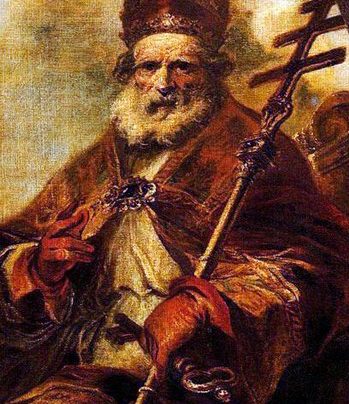 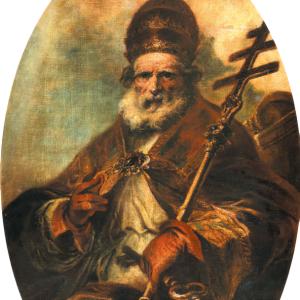 A man of peace, a pastoral pope, a preacher, and a staunch defender of doctrine; Pope St. Leo the Great managed to fill these disparate roles ably and with unshakeable faith.

In the fifth century, Italy was besieged by waves of barbarian invasions, imperial rulers were losing power and arguments were erupting between bishops in the Eastern and Western churches. The times called for a strong leader in Rome — and the church got one in Pope Leo I, who was pope 440-461 A.D.

Leo is famously known for saving the city of Rome from the ravages of the barbarian king Attila the Hun. He led an unarmed delegation that met the king before he reached Rome, and Attila turned away. Historians differ on how Leo was able to accomplish this, but there is agreement that his actions saved lives and saved Rome’s beautiful churches.

As a pastoral pope and a preacher, Leo is famous for his sermons. He took his role as the successor to St. Peter very seriously, and taught that Christians are to be Christ’s hands and feet in the world — his presence. He reminded people often of their fundamental dignity as Christians, saying: “No one, however weak, is denied a share in the victory of the cross. No one is beyond the help of the prayer of Christ.”

As a staunch defender of doctrine, St. Leo the Great is considered one of the most important popes from antiquity. His tireless defense of the church’s teaching on the two natures of Christ — both human and divine — is credited with helping to stop heresies in the ancient world from spreading. St. Leo felt it was his duty to unify the whole church, and he in turn implored his bishops to carefully tend to their own flocks.

His faith never wavered, and he is remembered for these words: “The faith by which we live shall never vary in any age … for one is the faith which sanctifies the just of all ages.”

On September 13, 1957, Bishop Treacy announced the establishment of St. Leo the Great Parish in West Salem, named for this pope and saint that defended the Catholic faith.