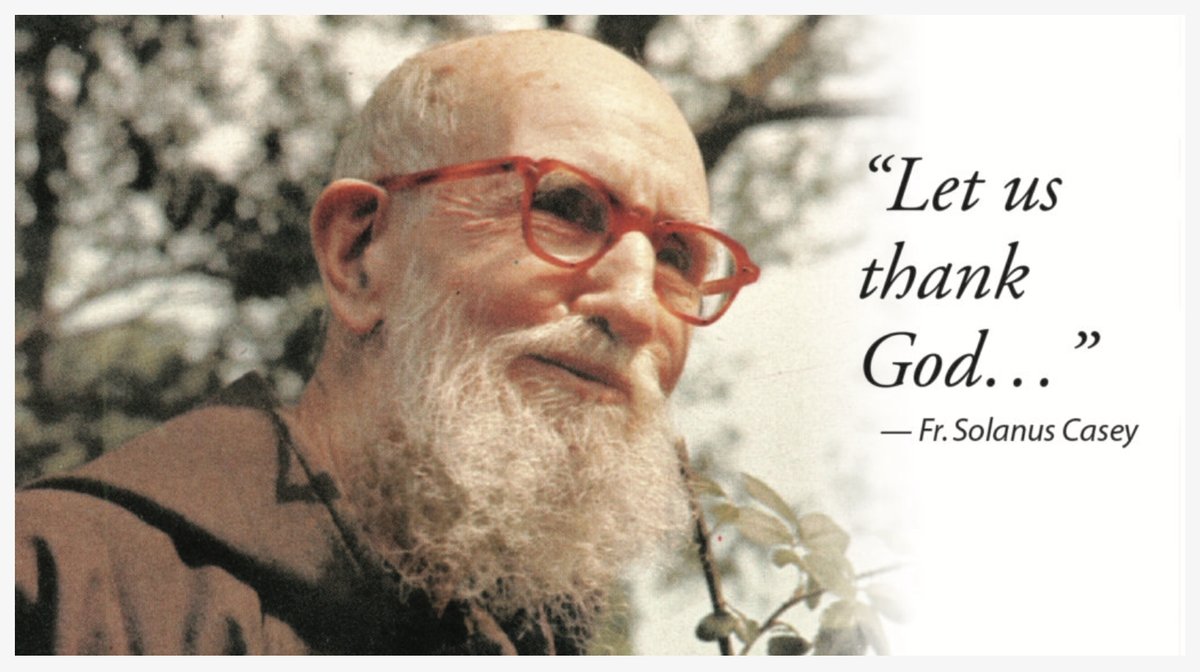 Father Solanus Casey to be beatified in Detroit

Opening doors to the hungry 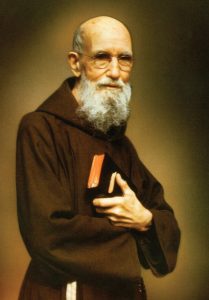 One day in 1929, during the Great Depression, the poverty-stricken residents of Detroit began lining up outside St. Bonaventure Monastery — hungry and desperate. Father Solanus Casey, a Capuchin priest at the monastery, answered their call for help, telling the other friars, “They are hungry; get them some soup and sandwiches.” That day, the hungry and poor of Detroit felt comfort for the first time in months thanks to Father Solanus Casey, a beloved figure in the city whose compassion knew no bounds.

Father Solanus Casey — who spent 22 years at St. Bonaventure Monastery in Detroit feeding the poor, praying for healing for the sick and bringing a sense of peace and compassion to countless others — has met the requirements for beatification and will be named “Blessed” in a Mass at Ford Field in Detroit on Nov. 18. The announcement comes 60 years after Father Solanus’ death. He is the second U.S.-born man to receive this title — and the first from Michigan. Pope St. John Paul II declared Father Solanus to be “Venerable” in 1995. Pope Francis has determined the authenticity of a miracle that occurred through the intercession of Father Solanus. The next step is sainthood.

A legacy of healing

When Father Solanus arrived in Detroit in 1924, he was already known as a beloved doorkeeper from his 20-year ministry at monasteries in the New York City area. Throughout his many years of ministry in New York and Detroit, Father Solanus was greatly sought after as a counselor, and for his blessings of the sick. Many felt his blessing brought about a cure for their illness. All who came to him were consoled by his counsel and his serenity.

Father Solanus died in Detroit in 1957. During his life and after his death, Father Solanus was known for his healing touch, and for the power of his intercessory prayers. Because of this, Father Gerald Walker, provincial minister of the Detroit Capuchins, initiated the first step to sainthood for Father Solanus after his death: He sent a report detailing Father Solanus’ life to the General Superiors in Rome. In 1995, he was declared “Venerable” by Pope St. John Paul II. In May of this year, 22 years later, Pope Francis issued a decree confirming a miracle as a result of Venerable Solanus’ intercession, announcing the plan for his beatification in November. The miracle involved the healing of a woman with an incurable genetic skin disease who, after visiting Father Casey’s tomb to pray for herself and others, saw an instant, visible improvement of her skin.

Born Bernard Francis Casey to Irish immigrants on Nov. 25, 1870, on a farm in Wisconsin, Bernard was the sixth child in a family of 16. As a young boy, he felt the Holy Spirit within him during his first holy Communion, and often wondered if he could ever be a priest when he attended midnight Masses growing up. This feeling continued to strengthen as he got older, and, at age 21, he started at St. Francis High School Seminary in Milwaukee to study for the diocesan priesthood. While in school, Bernard enjoyed his studies, but he faced difficulty in class because the lessons were in German — a language he didn’t speak and struggled to understand. Because of this, his supervisors suggested that perhaps the priesthood wasn’t for him, and that he go into a religious order instead. This set Father Solanus on a path of discernment during the summer and fall of 1896. He wrote to the Jesuits, Franciscans and Capuchins, and eventually felt the Blessed Mother told him to go to the Capuchins, who were headquartered in Detroit.

Father Solanus Casey is only the second American-born male to receive the title of “Blessed.”

On Nov. 18, 2017, at Ford Field, a ceremony celebrating the beatification of Blessed Solanus will take place in the city where his healing and comfort touched the lives of many. Here, the people of Detroit will get a chance to celebrate the man who lived a humble yet remarkable life, full of concern for those in need.

Nov. 18, 2017: Ceremony to celebrate the beatification of Venerable Solanus Casey at Ford Field