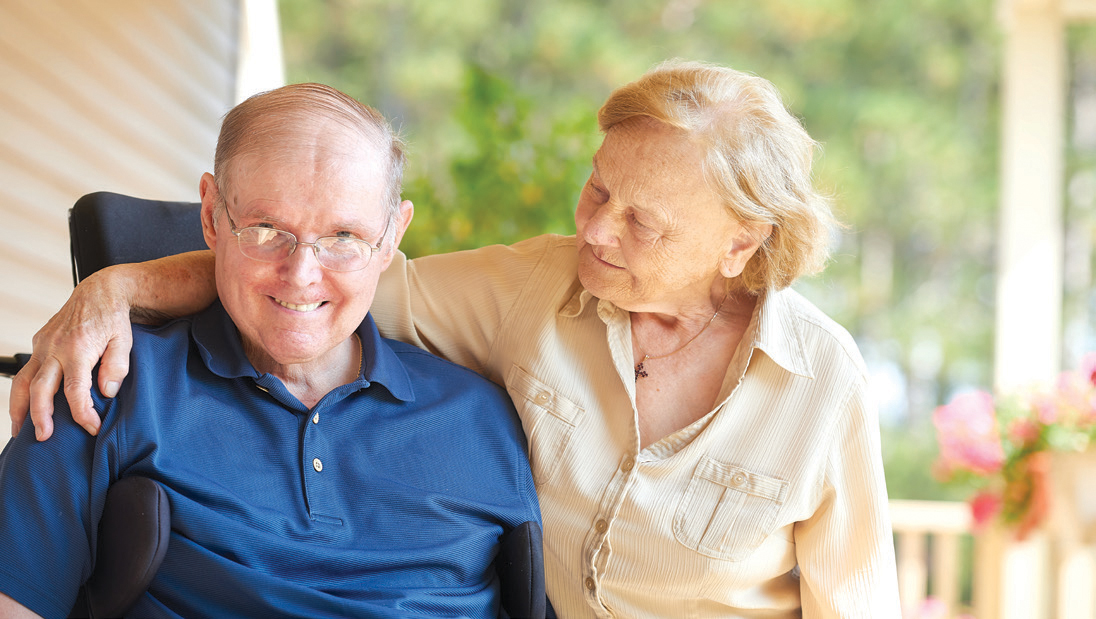 Konrad Radaszewski and his mother, Cecelia, thank God even through tragedy 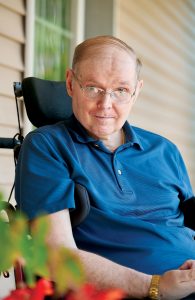 Growing up as a farm kid in Almond, Konrad Radaszewski was always committed to his faith, even from an early age, and he took his beliefs very seriously, attending Mass every Sunday. He graduated high school as valedictorian of his class and went to UW-Stevens Point for a degree in paper science. While in college, his faith remained strong and he chose to serve at Mass when the need arose. He credits his parents for the dedication he has to the church, especially his dad, who was a model of faith for the family. He grew up knowing that faith was an important part of life, but he didn’t know that one day he would come to depend on his faith for his very existence.

After college, he took a job in Beloit and worked there for about six years until, on Aug. 21, 1984, his whole life changed. As an avid photographer, Konrad says he loved traveling the country and capturing God’s beauty with his camera. He was returning home from Yellowstone National Park after a cross-country motorcycle trip when he started having some problems with his bike. He pulled over to the side of the highway. As he was trying to assess the problem, a semi truck hit him, leaving Konrad with a closed head injury causing paralysis.

His mother, Cecelia, remembers the accident as a time of worry and fear, but mostly of prayer. 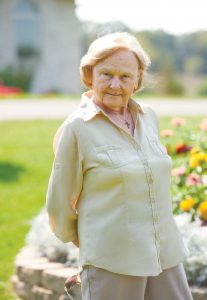 “It’s hard to explain all the thoughts and feelings from that time, but I was always praying. So many people were. Without faith, I would not have been able to get through it,” she said. “At the time, Konrad could not pray, but lots of prayers were being prayed for him.”

Over the next three years, Konrad would stay in hospitals and nursing homes and go through rehabilitation. He was then brought back home to Almond, where his mom and dad would care for him. He says his faith was strong before the accident and remained strong after. To this day, he still makes sure they still attend church on Sunday.

Through it all, Konrad has kept a positive attitude. Neither Konrad nor Cecelia ever held any bad feelings toward God or the truck driver.

“My belief in God and my reliance on Him made it easier for me to get through this setback,” he said. “It is just like playing poker, you do the best with the hand you’re dealt.”

Cecelia would sacrifice anything for Konrad, and through her unconditional love she was given the graces she needed to set up the house and find aid for her son. He could have gone to an assisted living facility, but Cecelia had faith that bringing him home was the best thing for his recovery. She knows that  when things get hard for their family, God has a plan for them. 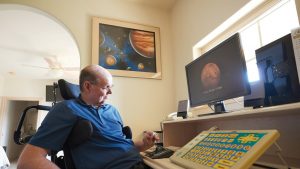 “Well, it’s just the way it’s gotta be,” she said. “Faith is a gift from God and that gift needs to be nurtured, exercised and shared with those around you.”

Konrad said, even 33 years later, that he feels the same as he did the day before the accident, it’s just a different routine. He still loves photography and astronomy and his favorite football team, the Green Bay Packers.

“I am just glad that I am back to the way I always feel I was,” he said. “I don’t put any blame on God and my faith made it easier for me to get through this setback. My belief in God and my reliance on him are what I needed.”

When asked how he was able to keep such a positive attitude through all his hardship, Konrad said he is able to find constant joy and humor in his life and always knows how to lighten the situation. In fact, he has a motto he lives by that reminds him of the important things in life: