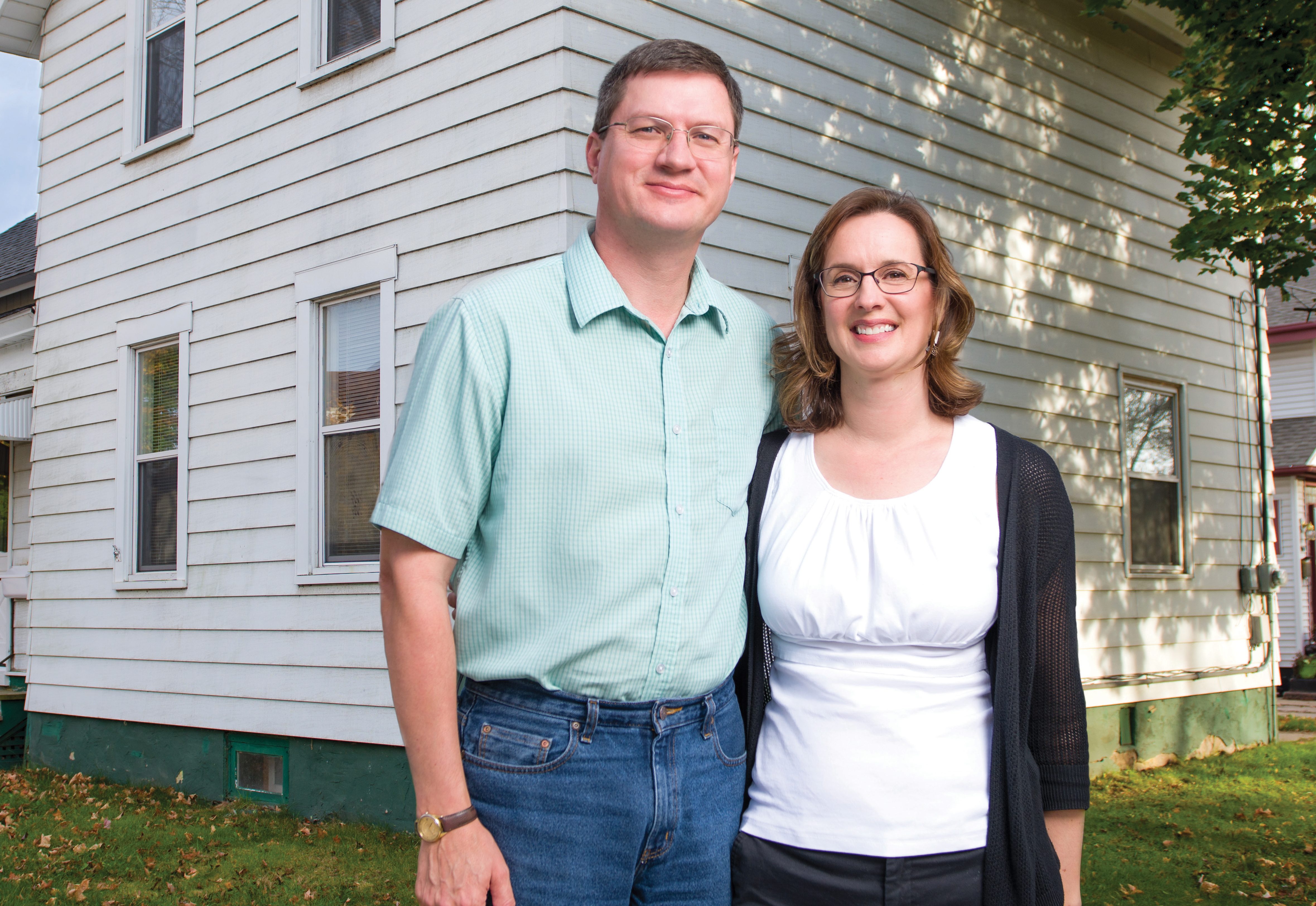 For most of Paul and Julie Bunczak’s marriage, Julie has been the driving force in their charitable activities. Little did she know her suggestion that Paul attend a Catholic Charities’ La Crosse Lenten Luncheon in April would ignite a connection for him, which is something she had prayed for, for more than two decades.

“My wife encouraged me to go. She has always been more charitable than I,” says Paul. “I heard Dan Mills speak about Beyond Shelter. Prior to hearing his talk, I didn’t know Catholic Charities had a program like this.”

Mills is the case manager for the Beyond Shelter program in Wausau. His story of how he provided a home for three men whose struggles with alcoholism had separated them from all their loved ones was powerful for Paul. The men were picked because they were most likely to die on the streets. What excited Paul was how two of the men stopped drinking after nine months and went back to work; one began living on their own.

Growing up in rural Wisconsin, Paul knew people who died from alcoholism. He knew how hard it is for an alcoholic to escape the disease, and for Dan Mills to have more than a 50 percent success rate with men deep in the grasp of alcohol seemed miraculous.

“I thought this sounded like a really great program and something I should get behind,” Paul says. “The thing that struck me the most was Dan picking the guys most likely to be dead if they didn’t get housed. I couldn’t think of a better example of Christian charity. I asked Dan, ‘What’s the next step?’” 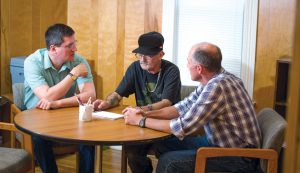 Paul Bunczak, Jack, and Dan Mills the Beyond Shelter Coordinator discuss Beyond Shelter and the impact it can have on the chronic homeless in the Wausau area, especially for those who have lost hope of ever getting out of such homelessness. “A home is more than merely a shelter; it is a foundation that allows one to focus on the future.”

Paul has worked in real estate for 22 years, and is also treasurer for Wausau’s chapter of Habitat for Humanity, so contributing to a housing program was a logical fit. His first thought was to buy a second house for the program and rent it to Catholic Charities. Roberto Partarrieu, executive director for Catholic Charities, didn’t want to rent and Paul didn’t really want to be a landlord, so he came up with other options.

“If Catholic Charities owns the house, they are property tax-exempt and don’t need to buy additional insurance, because they are covered on the diocesan policy,” says Paul. “How about Catholic Charities owns the house and we finance it for them? Dan and I went house shopping, and looked at every house $60,000 and under in the city of Wausau, near a bus line. I got an education about how rough some of these houses are.”

The two eventually found a house with a good location, but it was far from perfect, as it needed a roof, as well as bathroom and other modifications to make it work for the program. After three and a half months of renovations, the open house was held the third week in October.

Beyond Shelter is certainly the kind of thing Christ would have liked and supported,” says Paul. “It reminds me of the story of Lazarus. These men are also looking for scraps from the master’s table. How could I not get behind this program in one way or another? 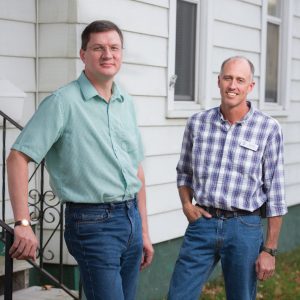 Before the second house was ready for occupancy, Paul was already excited about getting a third house for Beyond Shelter. He knew they needed to look at better houses to avoid as many renovations, and that Catholic Charities wouldn’t be able to afford another mortgage. Experience told him there would be better options in the $80,000 range.

Paul decided the house should be donated. Paul and Julie made a contribution, then asked family and friends to donate as well. The full amount was quickly raised, and the plan is to go house-hunting in early 2018.

Although $80,000 was a large amount for Paul to secure in donations, he believed the project’s specific nature was an easy selling point: “Everyone knew the funds were going to be well-spent.”

The change for Paul from passive to active giving has affected him in ways he didn’t expect. He believes his Catholic faith is stronger and his connection to Christ is more powerful. 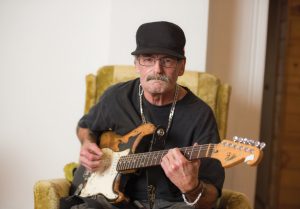 “It’s certainly changed my thoughts,” Paul says. “I’ve read Scripture at different times in my life and now I look at the passages differently. For me, prior to this experience, my faith was more, ‘I’m good at saying my daily prayers and going to Mass.’ That’s kind of where it stopped for most of my life.”

Now Paul has a greater understanding of Christ’s message to His disciples, and how to carry on the work Christ began so many years ago. “Beyond Shelter is certainly the kind of thing Christ would have liked and supported,” says Paul. “It reminds me of the story of Lazarus. These men are also looking for scraps from the master’s table. How could I not get behind this program in one way or another?”

After only six months of actively working with Dan, Roberto and Catholic Charities, Paul has now joined the Board of Catholic Charities, and was asked to speak to priests in one Diocese of La Crosse deanery about the Beyond Shelter program. Now that he hears God’s call, Paul is ready to answer.

“Come this winter, there are going to be three more guys who aren’t going to be on the street because of what we did.”