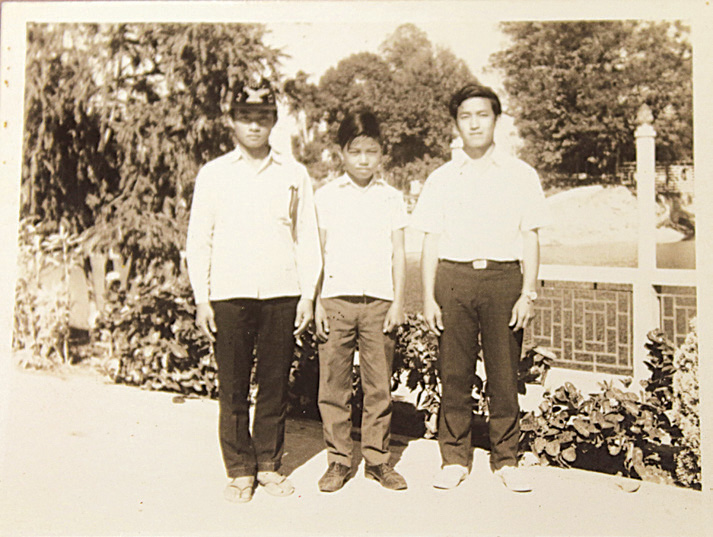 Hmong parishioners from St. Anne Parish in Wausau share their struggles when converting from Animism to Catholicism 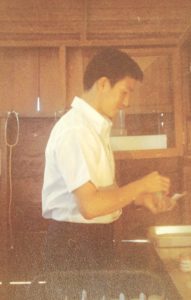 Ga Xue Thao pictured here at an early age at the catechism school in Laos.

Ga Xue Thao and Juapao Lor have been long-time members of St. Anne Parish in Wausau and are a part of the growing Hmong community in the area. Although they are strong witnesses to their faith, their journeys to find God and the Church have not been easy. They were in Laos and Thailand during the diaspora caused by the Vietnam War, which left thousands without a homeland. Hmong refugees first began settling in Wisconsin in the late 1970s, especially in La Crosse, Wausau and Eau Claire. The Hmong people shared a deep love of freedom and a strong opposition to the oppressive regimes of the athiestic Communists.

Although their cultural origins are very ancient and noble, they had lived in relative isolation from other cultures. They speak a distinct language, which remained without a written form until recent decades. When the missionaries first arrived, it was especially difficult to share the Bible with them, as the language had to first be written and then translated. A nimism was the prevailing religion in their culture, believing spiritual powers reside in plants and other creatures. It relied heavily on family tradition and community and specific rituals in order for there to be harmony. Without these elements, believers would be punished for upsetting the spirits. When their lives were uprooted, Animism could no longer provide answers for their mounting problems. 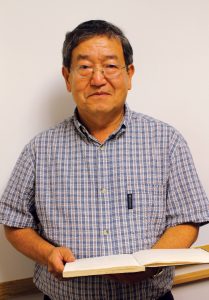 Ga Xue Thao holds the original Liturgy of the Hours book he had from Father Bertrais and still uses it with his family today.

Before the missionaries came to convert us, I was an Animist, so part of my reason for converting was that I didn’t like Animism as my religion. In Animism, there are a lot of things you have to do, and it is a very difficult religion, especially if you don’t have parents or family. It was hard because I was an orphan; my mom died when I was 5 and my dad passed away when I was 13.

Father Yves Bertrais, a French missionary priest, came to Laos in 1948, and that was 10 years before my father passed away. My father had admitted at that time that there is a God, but we didn’t want to be the only ones to convert. We lived in a community and we didn’t want to do it alone. We needed families to convert with us, so we didn’t convert at that time. After my father passed, we converted. When you convert from Animism, there’s a process where the catechists will chase away the spirits as part of what we worshiped before.

After we converted, my brother joined the army, so he brought me to study with Father Bertrais at a center for education to teach people how to become catechists in the capital of Laos. I was 15 and I finished when I was 21.

At 22 years old, I married my wife. I met her when I was at the catechist center because she was a student at the sister center nearby. 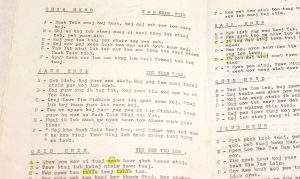 One source of strength for him has been the Liturgy of the Hours, which Father Bertrais translated to the Hmong language 1967-75. The Hmong language is oral, so Father Bertrais had to learn the language, then create a written version and then translate it from there. Even though it’s not complete, he uses it to strengthen his faith on a daily basis. He has also been working on updating the translation to be more complete. He offers it to anyone who is interested, but uses it for himself and his family to strengthen their faith.

In 1975, the Vietnam War led to the diaspora, so we left Laos to go to Thailand, where I was a catechist and a paramedic. We then moved to Denver, where I taught the catechism; and in 1983 I was brought to St. Anne Parish in Wausau and was the catechist until 2015. Being a catechist has certainly been a calling, but not necessarily an easy one. Getting away from the difficulties of Animism, Christianity is more about love and rewards, while Animism is about punishment and not doing anything wrong.

I like to think of the Bible and the story of Abraham where God calls and he answers and he’s blessed for it; contrast that with Jonah, who doesn’t follow God’s will and he’s punished. I’d rather have the blessing than the punishment.

I also look at Jesus and how He calls His disciples. He doesn’t always call the most educated or qualified person, but He calls those who are humble and willing to follow Him. That helps me to do my job every day when I face difficulty and I know God has my back. Prayer is very important to me; Jesus says you must pray incessantly so you don’t fall into temptation.

The reason I came to believe in God was because of my third daughter. In 1981, we were living in the refugee camps in Thailand. Our daughter was 6 days old, and on day five she started crying inconsolably. On day six, she cried so much she turned green. I went to call a special kind of shaman who could remove spirits, because we thought maybe her spirit was in trouble. When the shaman came, part of the ritual was to yell and bang and make loud noises, but when he did that, she got more scared and turned more blue.

The shaman told me it was a certain type of spirit that was stepping on our baby. Then, I thought, I have to take my child to see a medic now.

I also look at Jesus and how He calls His disciples. He doesn’t always call the most educated or qualified person, but He calls those who are humble and willing to follow Him. – Ga Xue Thao 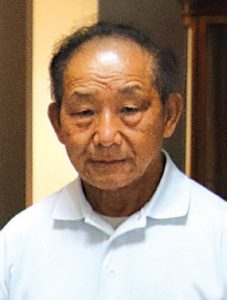 When I saw the medic, they asked if there was anything wrong with her belly button. I said “Yes, it’s full of pus.” Her umbilical cord had been cut with rusty scissors and she had contracted tetanus.  When I took her to the hospital, the doctor was about to leave. He said she was sick with the tetanus and the he had only one shot left. The doctor gave her the shot and we were at the hospital for 25 days. At that time, my sister-in-law, who had converted and was well versed in Catholicism, told me the only way I can heal her is to bring her to God.

My father was a shaman at the time, but I had older brothers who were trying to convert me to go to church. When they tried to tell me to do it, I wanted to, but I said there’s still Dad to think about, and if I convert he will be upset that we have all abandoned him.

When my baby was seriously ill, I went to my father and said regardless of what happens, we don’t have a country anymore, so let us convert. My father said no, but then he said he needed to think about this, and said someday if things get better and we have a country again, we can go back to Animism.

I told him, “You did three shaman rituals and she hasn’t gotten better.” I let my father think for three days and then he said, “It’s OK, we can convert.” With my father’s blessing, I went to call upon the catechists. Two catechists came and removed the spirits from my home. They said, “You may not know the Bible fully, but you need to learn some songs so you will know how to pray when you need it.”

So I went and learned, and now I have confidence in knowing that when I’m sick I can pray and I don’t worry anymore because God will be there.

My daughter healed perfectly. When we went to the doctor, there were five children sick like her. Two of them died, two of them lost mobility, but she healed completely without any problems even though she was the worst case of the five.

My child brought me to God because, without her, it would have happened much later, after my parents passed. People will ask me if I am a Catholic or Animist, and I say I have been Catholic for 30 years because of my daughter; because, through God, you can help yourself and your family.

Under Animism, if you have a bad dream and you don’t do anything about it, it’s going to happen to you. It’s scary, where as in Christianity if you have a bad dream, you get up and you pray and you find a sense of peace. When you have something small, you don’t have to call a catechist, you can just pray. God is the Creator, so He hears you and He heals you.

Story and Photography by Monica Organ