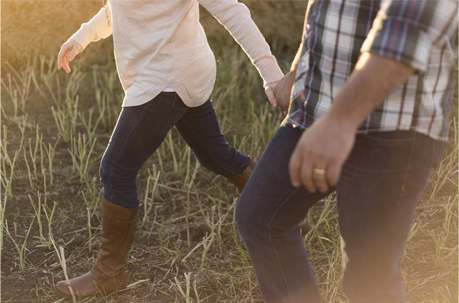 You’ve heard the expression: “wisdom comes with age.” It testifies to the reality that the truth becomes clearer over time. Just ask anyone over 50 to share how decades of experience have clarified their thinking and sharpened their ability to spot the truth.

At the risk of revealing my age, I want to share a personal experience that happened nearly 50 years ago. I was preparing for college and life away from home. My upcoming liberation was both exciting and terrifying. I was eager to blaze my own trail, but concerned about being personally responsible for all of my actions — especially those related to dating and relationships. My anxiety was made more profound by a recent sea change in social mores resulting from the release of a Church document called Humanae Vitae.

This encyclical, written by Pope Blessed Paul VI, ignited a firestorm of criticism from within and outside the church because it publicly stated that the use of contraception was sinful. Even before its release, clergy around the world openly disputed its authority and disregarded its prophetic predictions.

As a young woman entering the world, it was difficult to discern the truth about God’s plan for human sexuality with some priests following the pope and others not. Many of my Catholic friends seemed excited by the lack of authority from church leadership. In their mind, they were now sexually free to do whatever they felt was “right.”

Sadly, that is what many of them did. Over and over again, I watched my friends enter casual relationships. Their initial happiness commonly deteriorated, being replaced by heartache, sadness and, in some cases, physical disease or abuse.

This isn’t right, I thought. These women were not being respected. They were treated as things to be used, rather than people deserving of love. Men were reducing them to mere instruments of pleasure, rather than surrounding them with care and affection.

Sadly, the decline in the moral landscape grew deeper after college. I watched newly married couples choose no-fault divorce when their marriage hit a roadblock. I loaned my shoulder to those who had an abortion. And, I walked with far too many women as they succumbed to breast cancer after years of contraceptive usage.

Now, 50 years later, the predictions of Pope Blessed Paul VI are still playing out. Couples we know struggle with the reality that their children don’t want to get married or have children. Their hearts ache because they may never become grandparents.

Hindsight is 20/20. The truth revealed in Humanae Vitae is easier to see today on its 50th anniversary. Widespread contraceptive use has caused great suffering within our families. Instead of living in a culture where the gift of fertility, marriage and family life are honored, we have a “Me Too” movement that demonstrates the widespread prevalence of sexual assault, harassment and the disintegration of God’s plan for human love.

Our society is hungry for a revival of God’s plan for sexual love. It needs a charitable wake-up call that reminds every one of the truth about conjugal love and its proper, noble expression within marriage. It craves the truth that there are four essential elements of spousal love that become the cornerstones of a joyful marriage and blessed life: fully human, total, faithful and fruitful. Together, they form a boundary around the sexual experience ensuring that human dignity is protected and God’s noble original design for the married love of husband and wife is cherished by all. 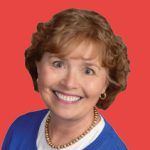 Alice Heinzen,
Ditector of the Office for Marriage and Family Life

“Even before its release, clergy around the world openly disputed its authority and disregarded its prophetic predictions.”