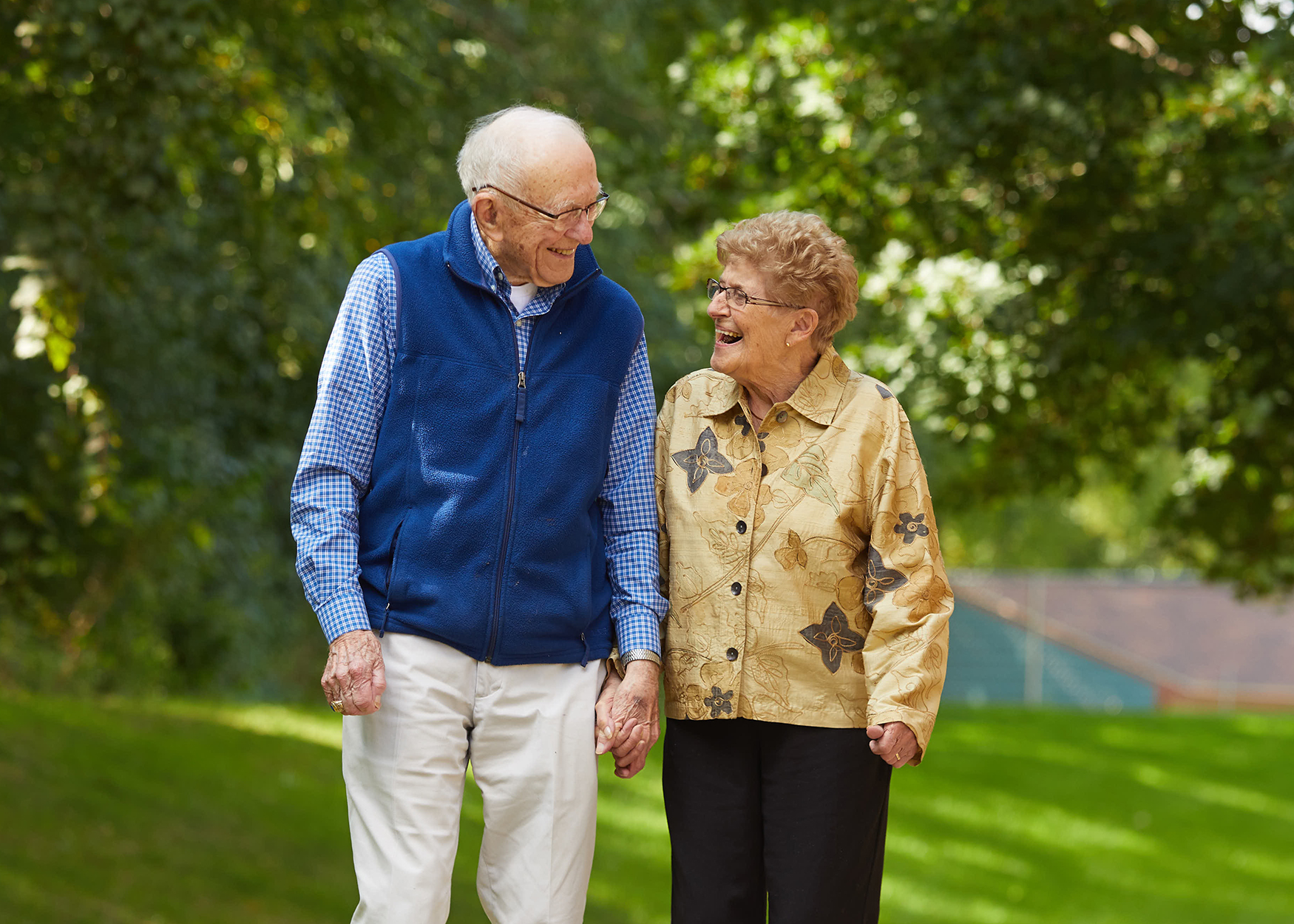 One couple’s adventures of a lifetime

At 95 and 93 years young, respectively, Steve and Marian Pavela of La Crosse say, “We’ve been here a long time. We’re just so blessed that the Lord has been so good to us and our family and that we’re still here together at [this] age … He must have other things for us to do.”

Both Steve and Marian grew up in La Crosse in devout Catholic families. Steve attended Holy Cross Parish and School, a Polish-Catholic community, while Marian’s family attended St. Wenceslaus Parish, for those of Bohemian heritage. During the Pavelas’ childhood, in the ‘20s and ‘30s, La Crosse had seven nationalistic parishes that often worshipped in their native tongues. For high school, both Steve and Marian attended Aquinas, though were never acquainted during those years. Steve has fond memories growing up under meager circumstance as a third-generation descendant of Polish immigrants in the historic La Crosse neighborhood of “Goosetown,” an area that a diverse conglomeration of European immigrants called home. Much of the historic neighborhood has been taken over by what is now the UW La Crosse campus. “There are no remnants of Goosetown there,” Steve explains, recalling the nostalgia of his childhood, “but I can go back and I can see everything in Goosetown.”

As Steve came of age, he was enamored with sports and became a multi-sport athlete at Aquinas High School. What he wanted more than anything was to become a professional baseball player. At age 15, he was even offered contracts to do so, but signing meant he had to forgo his high school sports career and put off college, neither of which he was willing to do. After a successful high school sporting career, he received a scholarship to attend the University of Notre Dame, where he played baseball and basketball.

Halfway through his time at Notre Dame, World War II broke out and Steve enlisted in the Navy. He spent three years serving in the Mediterranean and North Africa. When the war ended in 1945, and the military needed to keep the boys busy while they finished their tour of duty, Steve was chosen to be a part of the Mediterranean Theater of Operations softball team, playing the European Theater teams throughout Italy and France. For him, it was the opportunity of a lifetime. 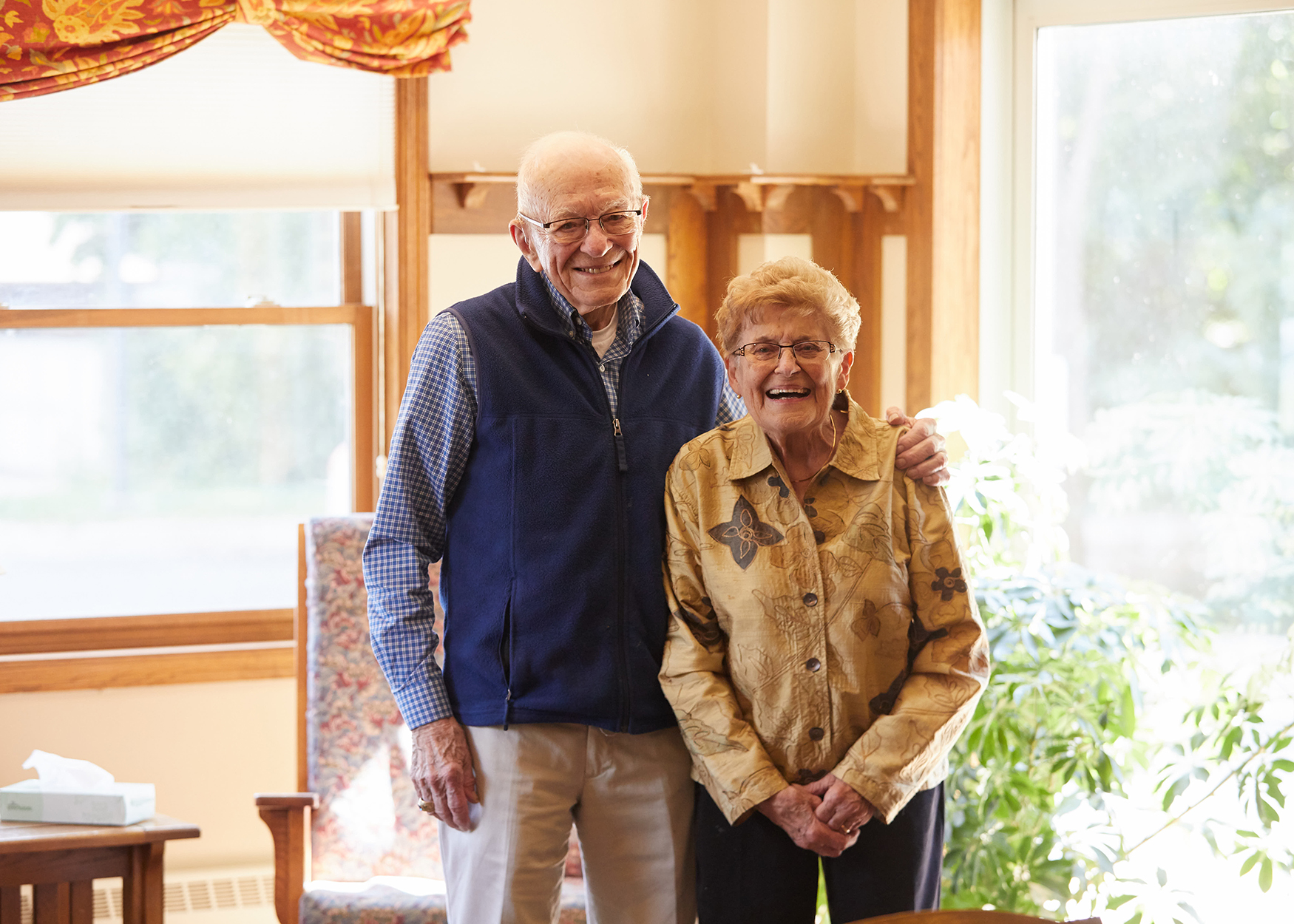 Upon his springtime 1946 return, he played semi-pro baseball for a summer in La Crosse before returning to Notre Dame to finish his degree. At the end of the baseball season, his team was having a banquet, to which he was to invite a wife or girlfriend. Having been away at war, he had neither, so a friend, naming girls he knew for Steve to take said: “Marian.” Steve liked the name. Though previous commitments prevented her from accompanying Steve to the banquet, he took her on a date shortly thereafter to the Oaks Supper Club in Winona for an evening of ballroom dancing.

The date with Marian left Steve feeling like he just met the girl of his dreams. “I knew immediately when I saw her: This is the girl I’ve been thinking about when I was at war,” he recounts. “But the only problem about it was I had to leave the next morning at quarter to eleven on the Milwaukee-Hiawatha train to go back to South Bend, Ind., to Notre Dame.”
Still wanting to pursue Marian, Steve asked her if they could continue to correspond through letters. They went on to have a two-year romance by mail, never missing a day.

During those final two years of college, Steve continued to play baseball, though it didn’t seem quite as thrilling now that he had the excitement of Marian in his life. Steve also deepened his lifelong devotion to the Blessed Mother at Notre Dame. He visited the beautiful grotto on campus often, which, he admits, “forever becomes a part of you.” His devotion has continued throughout his life, faithfully saying a daily Rosary as part of his prayers even today.

Steve was thankful that Marian’s parents gave her the namesake of his beloved Blessed Mother to make the providential meeting possible. He knew that from the beginning the Holy Spirt was indeed at work in their relationship. He proposed, saying farewell to his baseball aspirations and looking forward to a dream far greater.

Six days after returning to La Crosse following graduation from Notre Dame, Steve and Marian were married on June 12, 1948, at St. Wenceslas Church in La Crosse.

Still wanting to pursue Marian, Steve asked her if they could continue to correspond through letters. They went on to have a two-year romance by mail, never missing a day.

The Pavelas honeymooned on the East Coast and immediately thereafter moved to Michigan City, Ind., where Steve had accepted a teaching and coaching job and Marian a nursing job. Three of the couple’s four children: Steve, Tom and Anne were born in Indiana. When they moved back to La Crosse in 1955, a daughter, Mary Sue, was born.

After going into contracting with his father for a short time, Steve entered into a 30-year career as an athletic association director for WCIAA (Wisconsin Catholic Interscholastic Athletic Association), which transitioned into WISAA (Wisconsin Independent Schools Athletic Association). Marian went back to serve as a nurse at St. Francis Medical Center, where she had been trained though the U.S. Nurse Cadet Corps. There she remained for her 30-year career. This July, a statue was even erected in her likeness at the La Crosse Veterans’ Freedom Park to honor all those women who served in the Nurse Cadet Corps during WWII.

In returning to their hometown, the Pavelas joined Blessed Sacrament Parish, where they have been lectors and prayer leaders and served on various committees. Marian was even chosen as a lay representative to serve on the fourth La Crosse Diocesan Synod in 1987.

In 1990, Steve and Marian received one of their greatest honors: an invitation to join the Knights and Ladies of the Equestrian Order of the Holy Sepulcher of Jerusalem. They have attended many national conventions and gather locally with others from the order.

Steve and Marian are well-known in the La Crosse community and beyond. They continue to stay involved as much as their energy will allow. They find great joy in keeping up with their 13 grandchildren and 34 great-grandchildren. Steve’s athleticism and their professional careers and community involvement have garnered them many awards and honors over the years, but, in the end, the couple point it all back to the one who brought them together: “God is good to us!”