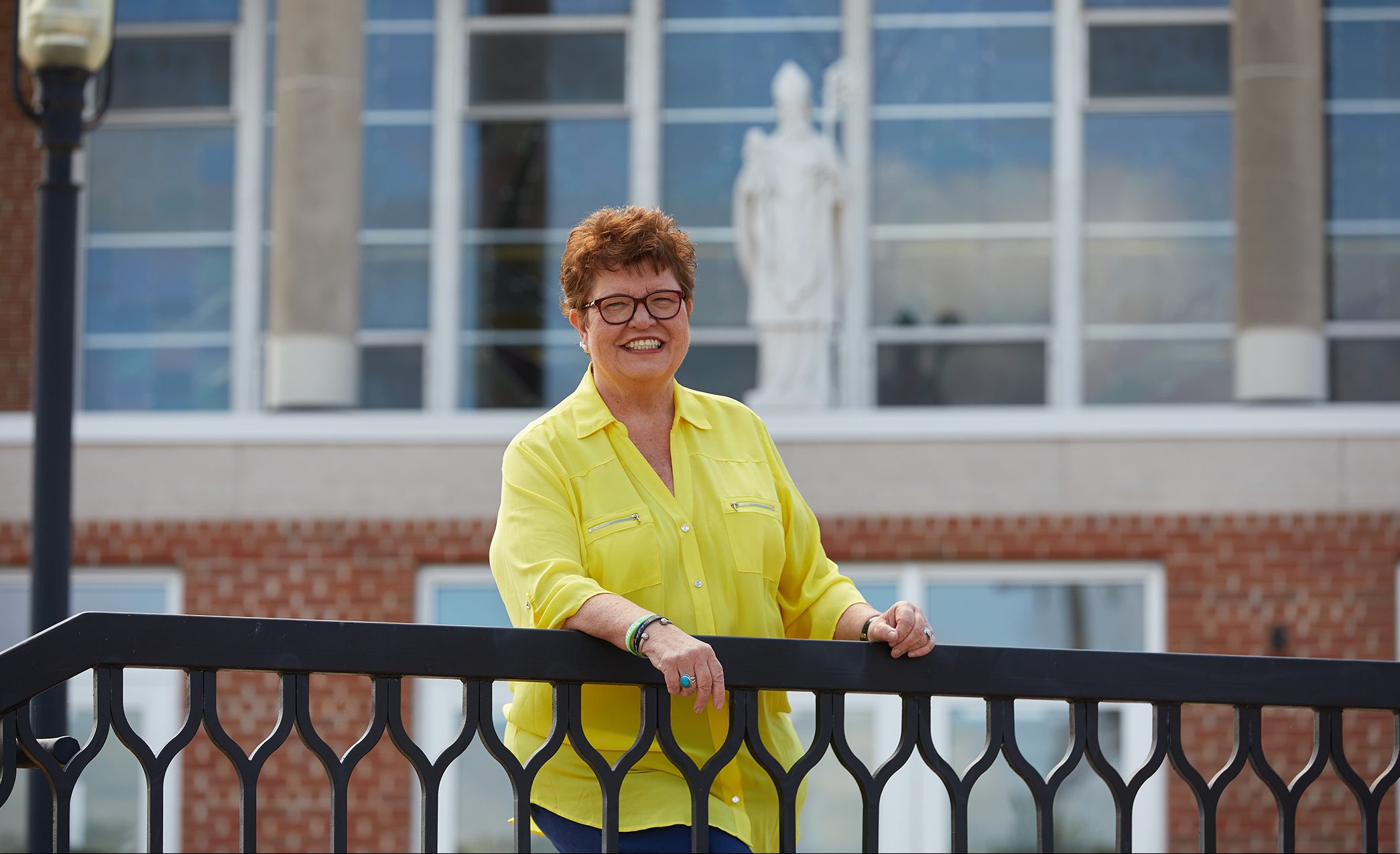 St. Patrick Parish in Onalaska has been part of Nancy “Fluff” Schreier’s life from childhood and she doesn’t expect the relationship to change. “I love St. Patrick. I will be there ’til I die,” she says. 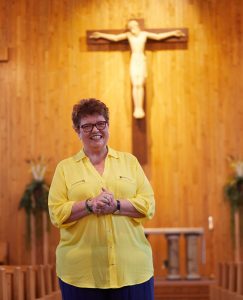 Her parents, Delores and Bob (Ozzie) Osweiler moved the family there from La Crosse when Nancy was a little girl. “My dad decided it was time we got a bigger home,” says Nancy. “He and Mom purchased some land just north of Onalaska. My dad built the house all by himself.”

Every pastor has a special spot in Nancy’s heart, starting with Father Joe Bach, pastor from 1949 to 1968. Father Joe came out to the property to help Ozzie dig the foundation for the new Osweiler house.

“That just changed me, I thought, ‘Oh, priests were human,” Nancy says. She has fond memories of St. Patrick school, from her first day when the janitor guided her to the right place, to her classmates and the Benedictine sisters who ran the school. “They were the ultimate ladies you would ever want to meet,” she says. “The sisters taught us so well, we were able to understand what the Mass was all about. Mass every day became a big part of my life.”

Sweet was one way to describe the convent’s connection to the school. “You could always tell when Sister Denise was making her cinnamon rolls because it would go through the whole school. Everyone enjoyed bake day,” says Nancy with a laugh.

The parish had many big families who put the church before everything. “Everybody comes to church and comes together,” Nancy says. “My mom and dad were so involved in the church we were there all the time.”The men of the parish built much of the church themselves. “The parish was built with a lot of love,” Nancy says. “Every brick, every tile — it was remarkable what they could do. I learned the kindness and generosity of people.”

Women of the parish had circle meetings named after different saints. “The ladies would have their talks and visits. It was a building block for a lot of the new members,” Nancy says. 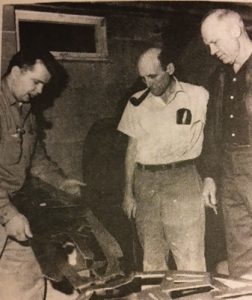 The Men’s Society was also an active group in the parish. “They had a great bunch of guys and always had a full house,” says Nancy.
St. Patrick became an extension of family for Nancy while she was growing up, and she became active in the parish at age 16. “Father John Rossiter asked me if I would keep an eye on the attendance for the CCD program,” she says. “Just seeing everything my mom and dad did was what got me involved.”

Like all parishioners who were in the parish while Father John was pastor, Nancy remembers his love for the children of St. Patrick. Losing him, sacristan Ferdy Roth and custodian Bill Hammes in 1985 was devastating for the parish.

“I can’t find the words for it,” says Nancy. “It was like someone shot a hole through us. The day of his death was so tragic.”

The murders after the morning school Mass on Feb. 7 came close to Nancy’s family. Her mother stopped after Mass to coordinate with Father John on when to purchase a grandfather clock the Osweiler family would donate to St. Patrick. Seconds after her mother left the church, Father John was shot and killed.

Everyone in the parish felt lost and questioned their faith after the devastating deaths. “Msgr. Bernard McGarty stepped up and became our shepherd. He was instrumental in the healing of our parish, and we can’t thank him enough for his guidance,” Nancy says.Despite the shock over the loss to the parish, the St. Patrick community continued to build and grow stronger. The Active Christians Together (ACT) group combined the separate men’s and women’s groups into one society. The committee prepared graduation banquets for the eighth-graders and welcome breakfasts for new parishioners. Rummage sales, Lenten fish fries and Christmas bazaars were big fundraisers for St. Patrick under the guidance of the ACT Committee.

“It relieved the stress of the parish having to come up with that kind of money,” Nancy says. “As time went on, there were so many things we accomplished. Involvement in the parish unites the entire community. We have such a camaraderie.” When she is not sitting in her special pew at Mass every Sunday, Nancy is a lector, Extraordinary Minister of Holy Communion, takes Holy Communion to the homebound and is in a prayer group. She is inspired by the current pastor, Msgr. Steve Kachel, who perseveres despite health issues.

“Every Sunday, he is there, even if he is in pain,” says Nancy. “He witnesses that nothing can stop us in our faith.”

Nancy, known to her fellow parishioners as Fluff, had her own health battles dealing with a mass on her lung earlier this year. “I had so many people praying for me,” she says. “It took until June before I got back to Mass and don’t think that wasn’t hard! I believe so much in my faith and prayers, that I know everything will be fine.”

Surrounded by a lifetime of family and friends in a parish she holds dearly in her heart, Nancy is a happy woman. “It’s the simple things that we can do,” she says. “When the clouds separate, God is there. You just have to do your best.