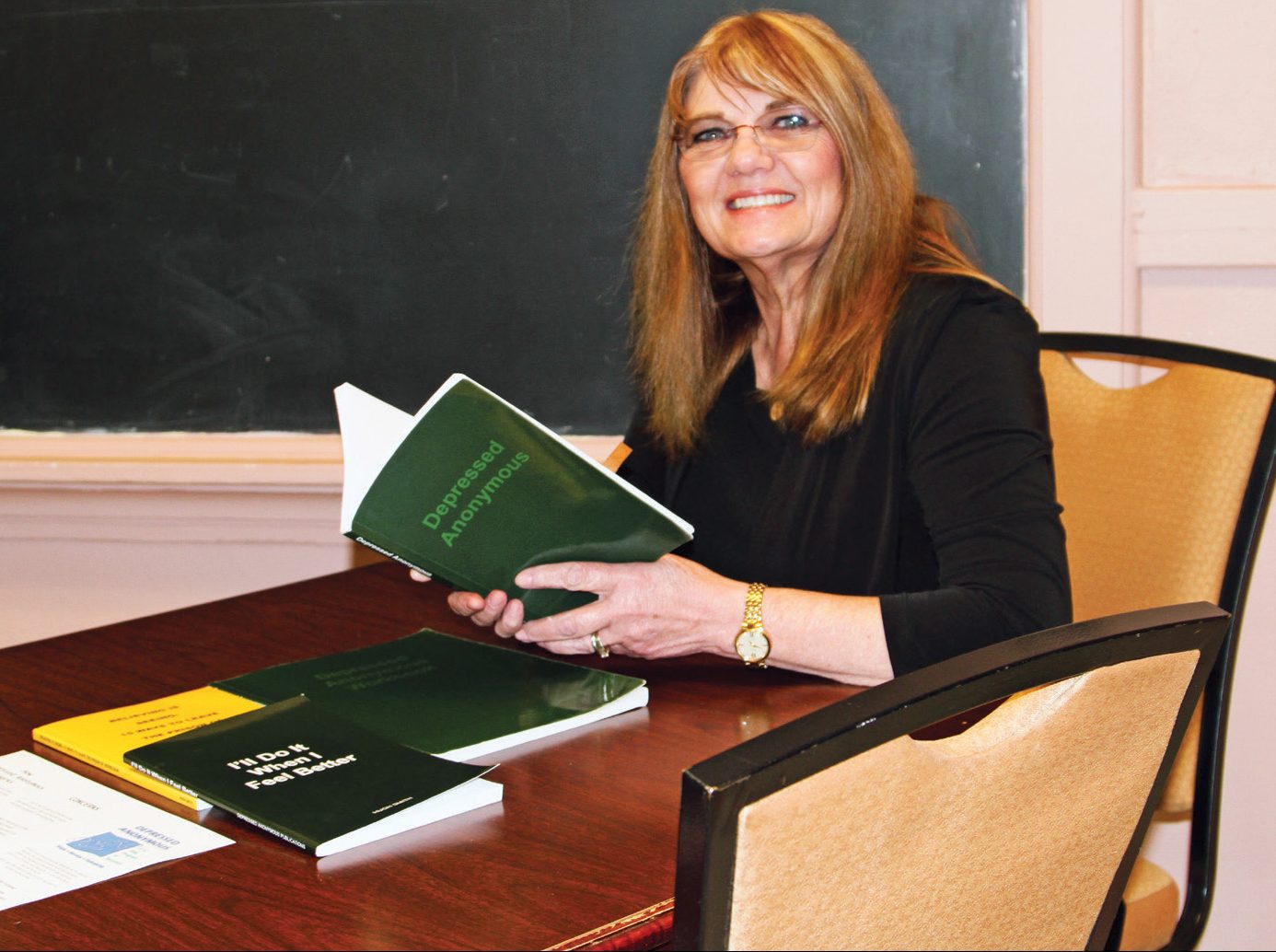 In 2014, Collene attended a talk at her parish, “A Spiritual Journey Through Depression,” given by a Depression Anonymous facilitator from La Crosse. With about 60 people in attendance, she thought, “Wow, depression has impacted these people or someone they love.” This was the seed that started Collene on a path to form the support group she now leads.

Depression is an illness that affects millions of people throughout the world. It not only affects those with the affliction, but family members, co-workers and others who have contact with the person suffering.

For years, those with depression had little support to help manage their illness. Mental health issues were looked upon much differently than they are today. Thankfully, the medical field has progressed, and support programs have developed to better understand, and treat, those afflicted.

One such program is Depression Anonymous, a worldwide organization dedicated to helping people manage depression in their life. Based in Louisville, Ky., the program is spirituality-based and follows a Twelve Step program.

Depression Anonymous seeks to prevent depression through education by creating a supportive and caring community through support groups.

The Chippewa Valley is home to one of the many Depression Anonymous support groups in the country. Led by Collene Spaeth, meetings are held at the Notre Dame Parish Life Center in Chippewa Falls.

Depression isn’t anything new to Collene. She’s been affected by the disease throughout most her life. “Growing up on the family farm north of Bloomer wasn’t easy. Our family was very poor, and my dad never made ends meet.”

The mentality that they were never as good as other families impacted Collene’s life from a young age. “That was the first part of me feeling insecure. It was ingrained early on that I wasn’t smart, or pretty, or worthy.”

In her childhood, Collene learned not to trust people. When she was 7, she was invited to a friend’s birthday party. “I asked my mother if I could buy my friend a present. She was hesitant, but finally took me to the store.” With her mother only able to afford 50 cents, all Collene could find as a gift was a pack of shoes for a Barbie doll. “When I gave the present to my friend, my friend said, ‘Is that all?’” From that day on, it set in that her mother and father were right — she wasn’t good enough.

When Collene asked her parents about enrolling in college, again she was told by her parents, and by the school guidance counselor, that she wasn’t smart enough. “Because I was so shy, I wasn’t able to put myself out there. I felt like a loser and had no self-confidence,” she said. Though smarter than many kids in her class, the lack of support from the adults in her life prompted Collene to never go on to college.

A bright light in Collene’s high school years was when she befriended a group of girls of different faith traditions. Though raised in a practicing Catholic family, Collene enjoyed talking about God and felt loved and accepted when she was with them.

“I really need to help other people. It gave me a good feeling.”

One evening, a boy attended the group’s conversation. When he spoke privately to Collene, she realized the boy was suicidal. She talked with him at length, and, as far as she knows, he never did commit suicide.

That’s when she realized, “I really need to help other people. It gave me a good feeling.” This seed didn’t take root for several years. The impact of that night, however, along with her own struggles with depression, led Collene to form the Depression Anonymous support group in Chippewa Falls.

In 1984, Collene began her journey to recovery. She was diagnosed with chronic major depression. Medication, therapy and her own spiritual journey made it possible for her depression to be kept under control. This is what she wishes for others.
It was the death of Robin Williams in 2014 that inspired Collene to act upon her wish to help others suffering from depression. With the resources, tools and guidance provided by Depression Anonymous International, the local group was formed. Additional groups are located throughout Wisconsin.

Collene recommends that those who can attend at least four meetings will benefit the most. But those who come only once also benefit. “We have a really good group of people who care about each other. God has been very faithful in answering my prayers. I’m here to not just live for myself, but to help others,” she said.