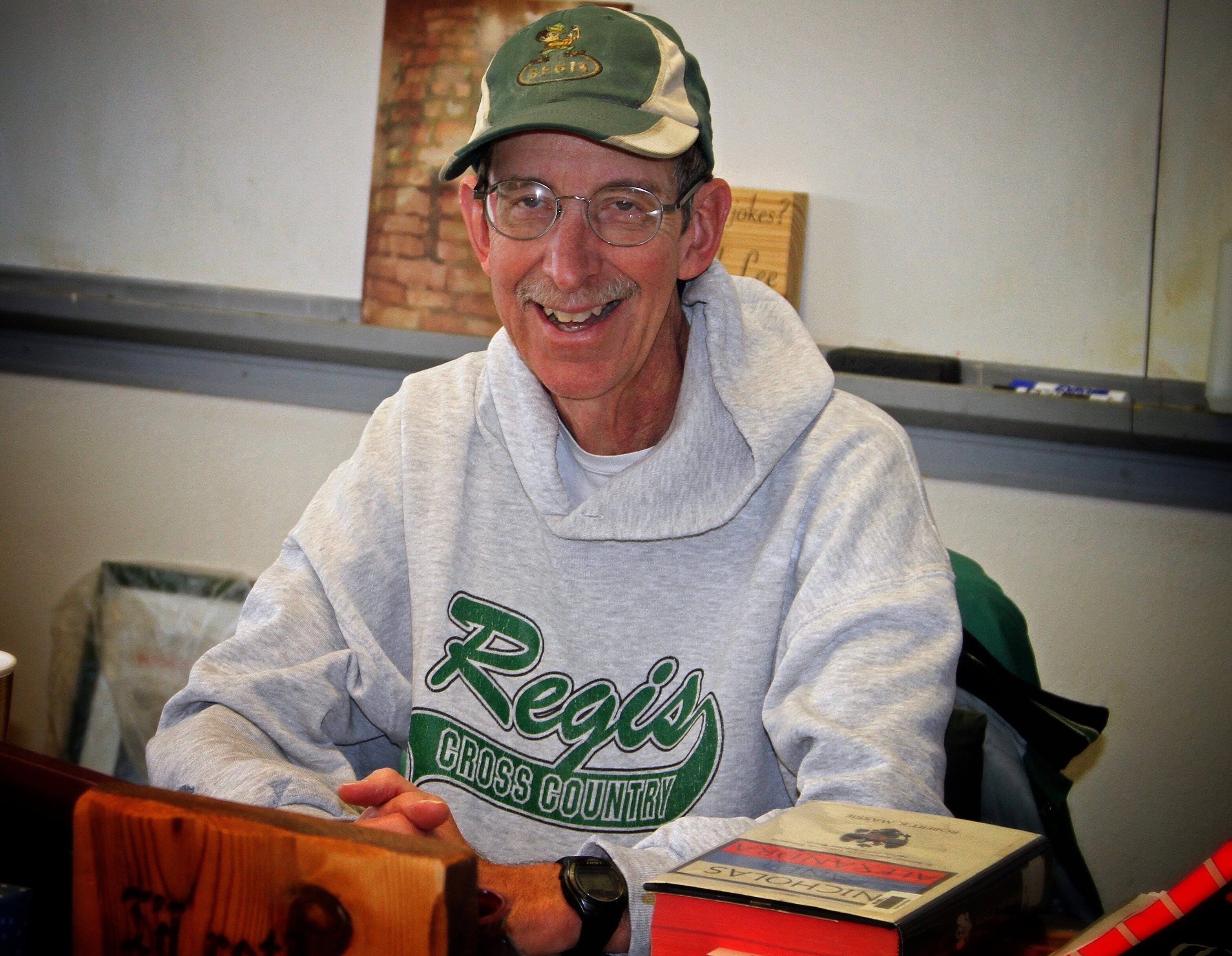 Most people remember their high school years. These four years likely influenced us more than any other time in our life. We were at an age of independence — wanting our voices to be heard and be treated as adults, with dignity and respect. Though we perhaps believed we knew everything about life, our parents, guardians and high school teachers guided us through these vulnerable years and helped shape us into who we are today.

John Snyder is one of these influential teachers who helps guide students down the path of life. John has taught at Regis Catholic High School for 35 years and earned the respect of co-workers, parents, students and the Eau Claire community.

John’s philosophy — respect is earned, not deserved. “Treat kids the way they need to be treated and try to model what Christ did. It’s easy to respect people who act like this,” he said.

Born in La Crosse into a devout Catholic family, John didn’t plan on becoming a teacher. “I always wanted to become a priest. I played Mass when I was young and hoped to be a priest in a Catholic high school,” he said.

He entered Viterbo University, majoring in religious studies and history, with a fallback on teaching. Upon graduating from college, “I wasn’t quite ready to make the decision to become a priest yet, so I decided to go out and teach for a year,” he explained.

John arrived at Regis High School in 1984 to teach religious studies. He didn’t know what to expect, but “had a pretty good first year.” He reconnected with his college girlfriend, Mary, and made the decision to continue teaching. They later married and are the proud parents of a daughter.

Mary is a special education teacher in Menomonie. Though John began his career as a religious studies instructor, his passion for history would lead him to pick up a history class when the school needed someone to substitute. Eventually, he was teaching mostly history classes. John is now the head of the Social Studies Department at Regis and teaches history exclusively. “My father was a big history buff. Historical documentaries would be on TV in the 1970s. We’d always watch them as a family,” he said.

Not only has John influenced students in the classroom, for 35 years, he’s been the cross-country and track coach, along with coach of the school’s Academic Challenge team. Numerous trophies for these achievements line his classroom, with more than 150 trophies not on display, due to lack of space.

But John’s legacy isn’t about the number of years he taught or the collection of trophies his teams have won. It’s about how he’s helped mold students of today into spiritual leaders of tomorrow.

It’s clear his high school teachers influenced him and helped mold the values he passes on to his students. “I was on the High Quiz Bowl team when I attended high school,” he noted. His team made it to the championship game his senior year, but lost. John was also a member of his high school track team. “I really enjoy running — it’s my hobby. My track coach was Catholic, and I was greatly impressed by how he modeled his life,” he said.

John’s teams pray before competition. They don’t pray for victory, but to use the abilities God has given them and to be free from injury and bearers of good sportsmanship. “You can’t tell kids what to do if you’re not willing to do so yourself. Ultimately, it’s not the winning or losing. It’s how you conduct yourself,” he explained.

While in college, John was encouraged to get to know students outside the classroom. “This is a way I can connect with them. Running with them, talking with them, being on the bus trip with them. I always thought this was a bigger part of my ministry. Even though I didn’t become a priest, I always thought that when teaching religion and teaching in a Catholic high school, I was modeling the Faith. I spread the Faith by being an example to the kids. Using the proper language and having the proper attitude helps keep things in perspective,” he said. John’s key to success and inspiration can easily be seen through his ideology: “As a teacher, I realize that these years at Regis will be some of the best years of many students’ lives. For every kid that I’ve influenced, in hopefully a positive way, the kids have influenced me in a positive way. They’ve rubbed off on me.”

A member of St James the Greater Parish in Eau Claire, John is a prayer leader, lector, parish council member and extraordinary minister of holy Communion. He believes he can’t encourage people to practice the faith if he’s not involved himself. This has always come naturally for John, as his parents were very active in their parish.

“I’m teaching at Regis because I want to speak about religion openly. I didn’t want to be like it’s winter break instead of Christmas, or mid-winter break instead of Easter. This makes teaching in a Catholic school much more attractive. I’m thankful for the years I’ve taught at Regis and, hopefully, for the years I’ll have in the future. I hope I’ve been a positive influence on people,” he said.

Even the best teachers can’t force students to believe or practice their Faith. All they can do is create an atmosphere and provide the tools for them to take the journey.

“It’s part of the ministry of the Church. It’s just not as direct as a priest or a nun would be. I tell the kids that religion is the most important class. It’s the one you want to do the best in. Ultimately, when you meet your Creator at the end of time, it’s not going to be about how well you did in history class or chemistry class. It’s going to be about how you lived your life. What choices did you make? What kind of relationship did you have with Christ and with others?”