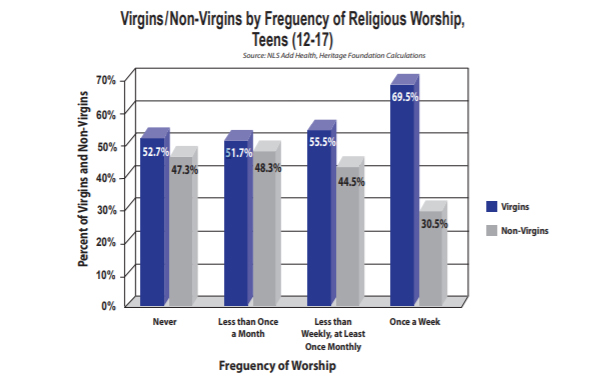 “Let marriage be held in honor among all, and let the marriage bed be undefiled, for God will judge the sexually immoral and adulterous. Keep your life free from love of money, and be content with what you have, for he has said, “I will never leave you nor forsake you.” Hebrews 13:4,5

Remaining chaste until marriage is not some abstract or unattainable goal.
Our Lord’s request and command is a real possibility according to the Bible and social science research. Adolescents who are more religiously involved are:

Though friends and religious beliefs influence adolescents’ sexual choices, as a parent, you have the strongest voice. Is there any message your child needs to hear from you now about these issues?

Download this information sheet from the Marriage and Religious Research Institute to learn more!