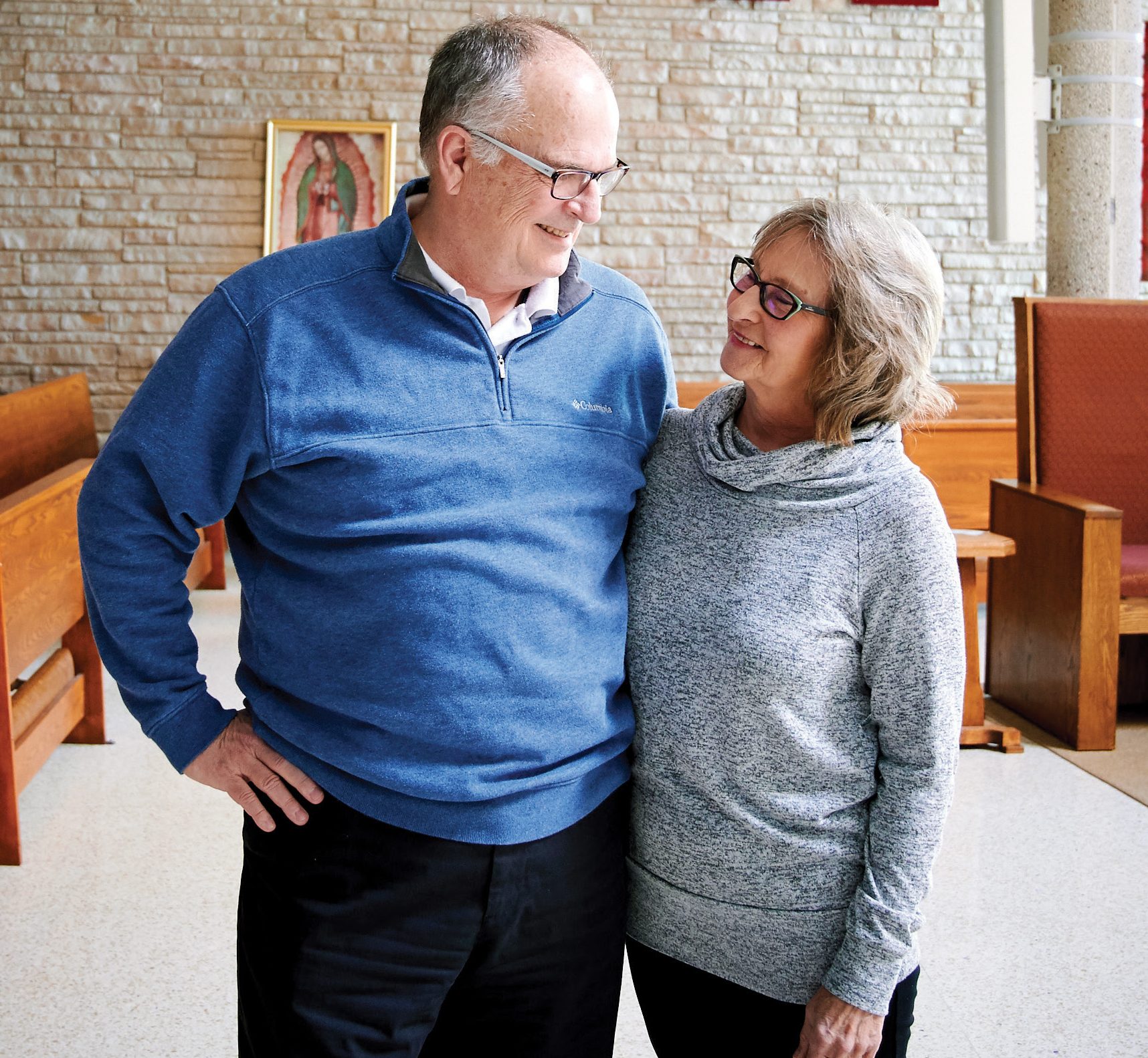 Gordon Crow’s Search for a Church He Can Call ‘Home’

“My decision to join the Catholic Church is based on the fact that this is the Church that Jesus Christ established with St. Peter as its head,” said Gordon Crow.

Gordon was raised by “loving, faithful, God-fearing parents” who belonged to the Church of Christ. As an adult, he subsequently joined his wife as a member of the Lutheran Church. Gordon reflected, “I have always been a person of Faith.”

A job change going from Wyoming to a predominately Catholic area of Louisiana precipitated a change in the direction of Gordon’s Faith journey. “Discovering that about 80 percent of the board of directors I answered to [in my new job] were Roman Catholic, I decided it best that I learn more about the Catholic Church. I began listening to Catholic radio, watching Catholic television and researching Catholic apologetics online,” Gordon related.

While Gordon was in Louisiana, he had an extraordinary experience. “One night I was in bed and at 2:20 in the morning I sensed my dad passing over me and saying, ‘It’s OK, Gordon. You’re OK, Gordon.’ And I remember saying out loud, which woke up Sandy [Gordon’s wife] and me, ‘I love you, Dad.’ Four hours later, the phone rings and it is from my youngest brother from the West Coast to tell me that Dad died last night. Through the course of conversation, I thought of the experience I had earlier. I asked when he died. My brother said he was pronounced dead at 12:20 a.m., which was 2:20 a.m. my time, exactly the time of my encounter with my dad. I related my story to some members of the Catholic church choir I belonged to and they said, ‘It is a sign.’ I told them I did not believe in that [nonsense]. Upon entering the Church, I [now] believe it was Dad and, through the grace of God, he communicated his message to me.”

Gordon was confirmed and entered the Roman Catholic Church at the Easter Vigil Mass in 2014. “I am amazed and smitten as to how the Gift of the Holy Spirit moves and motivates so many aspects of my life and service,” Gordon said.

Gordon’s wife, Sandy, and their son noticed a change in him. “He became a better husband … much more considerate, thinking more about me than himself and trying to please me,” Sandy said. She also related how enthusiastic he was about learning about the Catholic Faith. But she confided that his enthusiasm was at times too intense for her. She told Gordon that she needed to decide for herself what course her journey of Faith would take. Gordon then realized that he needed to be quiet and pray and let the Holy Spirit provide guidance to Sandy and his son.

Confirmation has had a positive effect on Gordon and his family. His son was received into the Catholic Church at Easter Vigil of 2016. This happened even after his son said previously, “I will never become Catholic.” One reason Gordon’s son gave for his change of heart was that he liked what he saw the Catholic Church doing in his father’s life.

I came to believe that the Catholic Church is the Church established by Jesus on Peter.